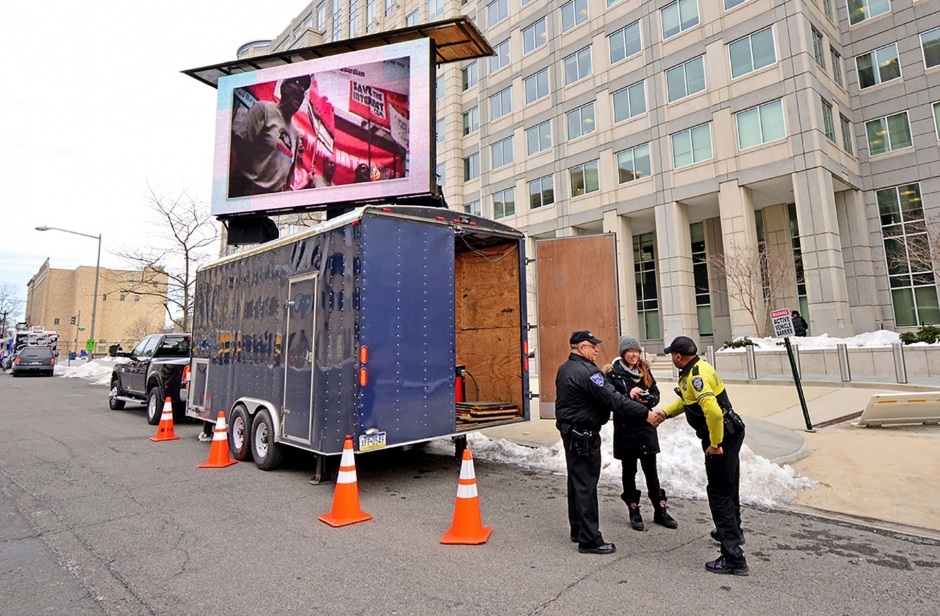 Your TPP message on a giant screen

We've booked a giant Jumbotron to beam your messages directly to decision-makers, and we’ll park it outside the first major TPP consultation. Send us your ideas!

The Trans-Pacific Partnership (TPP), the biggest trade deal in history, is now signed - meaning the final battle to prevent its ratification is now in full swing.

For those who are not that familiar with it, the TPP is an unfair, undemocratic trade deal signed in total secrecy by Canada and 11 other Pacific Rim countries, that will restrict free expression online, kill jobs, undermine environmental protections, and erode your democratic rights.

Right now the government is asking Canadians what they think before they move to push this agreement into law. As part of their cross-country consultations, Parliament’s Standing Committee on International Trade is holding a hearing in Vancouver on April 18th. If we can make our message strong enough at these hearings we can stop them from ratifying – at which point the deal is as good as dead.

That's why we've booked a giant Jumbotron to beam your messages directly to decision-makers, and we’ll park it outside the first major TPP consultation in Vancouver on April 18th. But we need your help to make an impact.

We’re asking Canadians who care about Canada’s digital future to submit their written comments, images, memes, videos (you name it!) to us by April 14th, and we will display the best ones on a 16' x 9' screen outside the committee hearings on April 18th. You can send them to us via Facebook, Twitter, in the comments section below, and don’t forget to use our #LetsTalkTPP hashtag. (for an idea of what we’re looking for, check out the Jumbotron reel we broadcasted outside FCC Headquarters in Washington D.C. for a crucial net neutrality ruling last year).

Here’s another way you can submit your message: Write it on a sheet of paper, take a picture holding it, and share it with us in the comments below!

If we don’t speak out, the TPP would expand the power of conglomerates and restrict how people can use the Internet every day. It could even give Big Media the power to invade citizens’ privacy with heavy-handed monitoring for “intellectual property infringement,” even when you’ve done nothing wrong.

This would ruin everything we love about the web.

Broadcasting Canadians’ voices on a giant Jumbotron has the power to turn heads at the TPP consultation, wake up the media, and change the debate, but we need you and everyone you know to be a part of it.

We’ve got less than a week to pull this together, and we need to gather as many messages as possible to make a loud, global call for the Internet we all love and deserve.

Get your TPP message on a giant jumbotron and help us stop the TPP for once and for all! Remember, send us your comments, photos, graphics, memes, videos by Thursday April 14th via Facebook, Twitter, or in the comments section below!

Looking forward to see/read what you have to say.