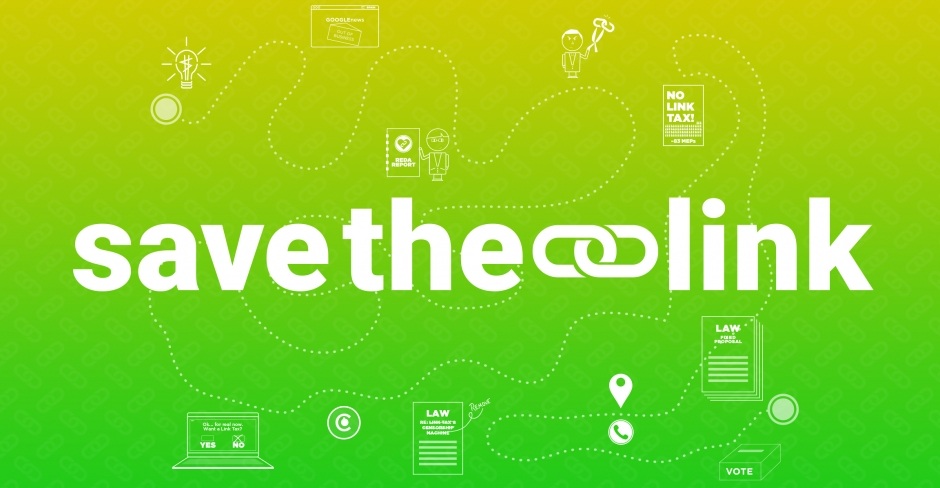 Save the Link: The Story So Far

Yesterday, the EU Parliament voted in favour of a Link Tax and Censorship Machines in a catastrophic move for the open Internet. But how did we get here, and what happens now? Here’s the quick and dirty story of Save The Link.

The fight to Save the Link has been a long and hard-fought one, and one that has been years in the making. Here’s how it all went down from the beginning and where we are headed to next.

It all started around November 2014 when Spain introduced a law that made aggregators and search engines pay for linking to content. They didn’t call it a “Link Tax” then, but it was essentially what it was: an ancillary copyright tax charging for the snippets that act as human-readable information about links — the bit of information that lets you know what you’re clicking on.

This move took a big toll on people’s right to access information. When this copyright law was originally introduced, Google News was forced to shut down in Spain.

What set the campaign off

Fast-forward to May of 2015, when plans were set in motion to expand the laws implemented in Spain to the rest of Europe. A coalition of organizations joined forces to campaign against this outdated copyright proposal that would endanger the right to freely link online.

When the European Commission launched a consultation to ask people about their views on the Copyright Directive, the Save the Link campaign made the once-convoluted process of participating in the consultation a lot easier by building a tool that allowed people to easily get informed and speak up in defense of the right to link freely. During these early stages of what would become a multi-year campaign, an impressive 10,500 people responded.

Unfortunately, come January 2016 we found out that the Commission decided to ignore the consultation. We put pressure and the Commission backtracked. Then in March 2016, they launched yet another consultation – this one was specifically focused on the Link Tax (or Article 11).

Why did it take so many years though?

The fight got dirty quickly. Around June 2016, news broke that MEP Günter Oettinger asked news companies to stop criticizing the Link Tax. Shortly after, a new draconian proposal was introduced: one that put forward the idea of mandated content filtering mechanisms that checked for copyright “approved” content on every single site. This is where the “Censorship Machines” (or Article 13) entered the picture. The stakes got higher: suddenly we were not only fighting for the right to link, we were also fighting for the right to keep the web free from censorship bots.

The proposals then went into the hands of many committees; they were strongly debated amongst MEPs, and all throughout the many votes, trilogues, debates – and multiple postponed votes – the Save the Link campaign was key to spread the word and activate people to fight to keep the Internet open and censorship free.

By now, through the Save the Link and Save Your Internet campaigns combined, more than 750,000 citizens have taken action by either writing to MEPs, calling them, tweeting at them, and/or participating in any consultation they would throw at us.

It is September 2018 and the key vote on these draconian proposals just took place. It did not go well for the Internet. In a devastating result, and against the advice of experts, NGOs fighting for freedom of expression, Internet advocacy groups, and most importantly: everyday citizens,  Members of the European Parliament voted to approve Article 11 (the Link Tax) and Article 13 (Censorship Machines).

This vote sets dangerous precedents for the open Internet as we know it. It opens the doors to censorship under the disguise of “copyright”; it kicks off the implementation of infrastructures of surveillance that automatically and arbitrarily take down “unapproved” content without due process, and it sets the stage for an Internet where only those who can run expensive “copyright-checking” algorithms can prosper – a move that is sure to hinder innovation by thwarting the openness that made the Internet what it is today.

While this was a tough loss, we still have one more chance to make it right. In the upside, the vote was close – so we have a chance to talk to MEPs who were on the fence and make them listen to the voices of those they represent (citizens, not lobbyists). As MEP Julia Reda mentions, next spring will see the final vote on the Copyright Directive, and we need to make some noise in the meantime. It will all come to this. It has been a long battle, but we cannot afford to stop the fight now. To learn more and get involved go to saveyourinternet.eu.

For a detailed timeline and more resources around the Save the Link campaign, you can go here: https://savethelink.org/learnmore

For EDRi’s diagram of the next steps for this proposal go here.

And make sure to follow us on Facebook and Twitter for the newest developments on Save The Link and how you can get involved to help us ensure these terrible proposals are sent to the graveyard.