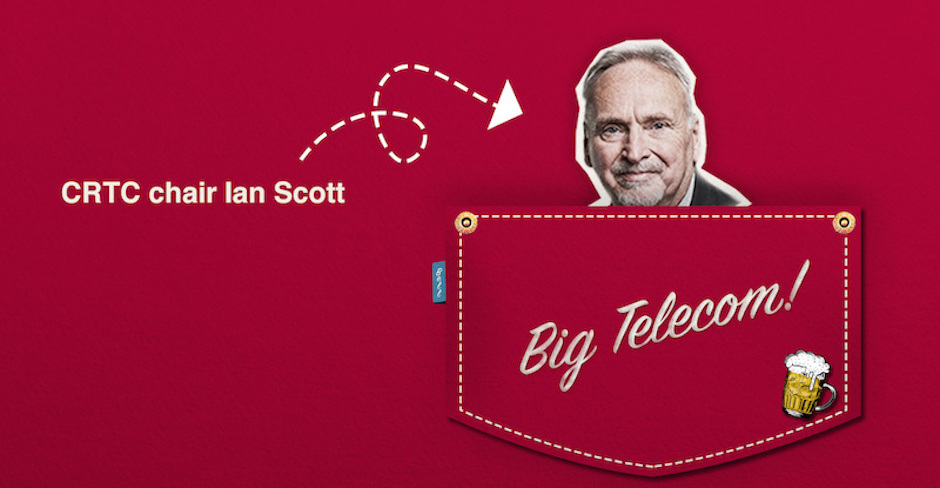 We need a CRTC chair without ties to Big Telecom.

It’s official: this week, Ian Scott sealed his legacy as Chair of the Canadian Radio-television and Telecommunications Commission (CRTC): a friend to telecom oligopolies, and a foe to telecom affordability. After years of corporate capture of our nation’s telecom regulator under Ian Scott’s leadership, it’s high time Canada had a public interest champion at the helm of the CRTC — one that will actually stand up to Big Telecom, not grab a pint with them.

Who is Ian Scott, and why are we talking about him now?

If you’re a long-time member of our community, you might best remember CRTC Chair Ian Scott from his “Beers With Bell’s CEO” fame. Last summer, the OpenMedia community made Scott a simple proposal; if he was having beers with Bell CEO Mirko Bibic, why not have one with our community too? News had just broke of their cozy pub visit, held just weeks after Bell filed its appeal of the CRTC’s 2019 wholesale rates. Other community organizations, small Internet service providers (ISPs), and experts alike all had choice words for Ian, too. 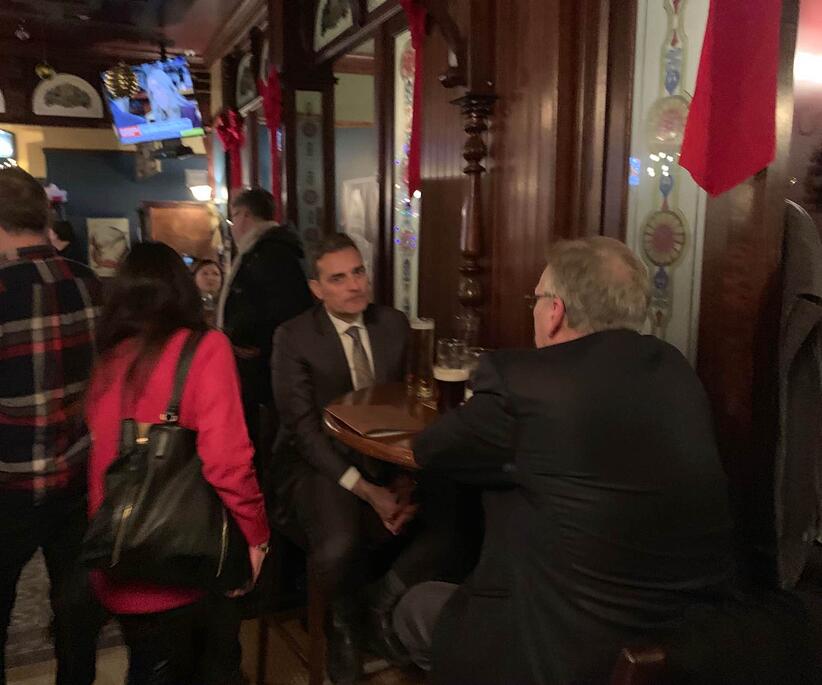 In the light of this inappropriate meeting — and the anti-consumer, pro-Big Telecom CRTC decisions that followed — the Competitive Network Operators of Canada (CNOC), filed a request for Ian Scott to recuse himself from further Internet-related files due to his apparent conflict of interest. CNOC is a group that represents independent ISPs like Ebox, Rally, and Start.ca.

Unbelievably, the CRTC has outright rejected even considering CNOC’s request. Rather than launching a consideration process, Ian Scott himself, the guy who has “friendly beers” with a Big Telecom exec while chairing the commission that regulates those very telecom companies, will be deciding whether or not he might have a bias on a particular decision, and the CRTC isn’t interest in anyone’s else’s opinion about it.

While Ian Scott has dodged public accountability, he’s only reinforcing CNOC’s argument that his behavior is inappropriate. While his job as CRTC Chair might seem like good fun amongst friends to him, everyday people in Canada have the most to lose.

How does Big Telecom’s capture of the CRTC affect me?

If your cell phone and Internet bill is still unaffordable in 2022, you can thank Ian Scott for bringing his cozy relationship with telecom giants to the decision-making table at the CRTC.

Big Telecom’s domination of our cell phone and Internet markets is one of the biggest reasons why people in Canada pay some of the highest prices in the world for connectivity. With only a handful of providers for us to choose from, telecom giants can get away with charging an arm and a leg for the basic connectivity services we all need.

The equation isn’t that complicated: to make our connectivity bills more affordable, we need more independent competitors and choice of providers in the market. More players in the game forces companies to compete on pricing, service, and innovation — and that’s good for consumers. To deal with the systemic problems that enable Bell, Rogers, Telus to run their oligopolies and keep prices unaffordable, we need the CRTC to create regulations that reign Big Telecom in and help small providers compete.

But when the head of the CRTC is best buddies with Big Telecom’s executives, that doesn’t happen. Instead, we get this slew of anti-consumer actions:

What can we do about it?

Ian Scott’s term as CRTC Chair is up in September, and the process to replace him starts soon. That’s why it’s absolutely critical that we fight tooth and nail to make sure the next Chair stands up for the best interests of people in Canada — NOT Big Telecom.

With a public interest champion at the helm of the CRTC, we can make sure that the regulator makes decisions that benefit Canadians first. This is our clearest path to overriding Ian Scott’s trail of disasters, including the 2021 wholesale Internet price hikes and his lockout of low-cost alternative cell phone providers, aka MVNOs.

We’re gearing up to launch a campaign on this soon — so stay tuned! In the meantime, we’re in the midst of a major push to our MPs to demand affordable connectivity in Canada. Can we count on you to speak up? Email your MP NOW: push our government to lower Canada’s Internet and cell phone prices to match up with the rest of the world!