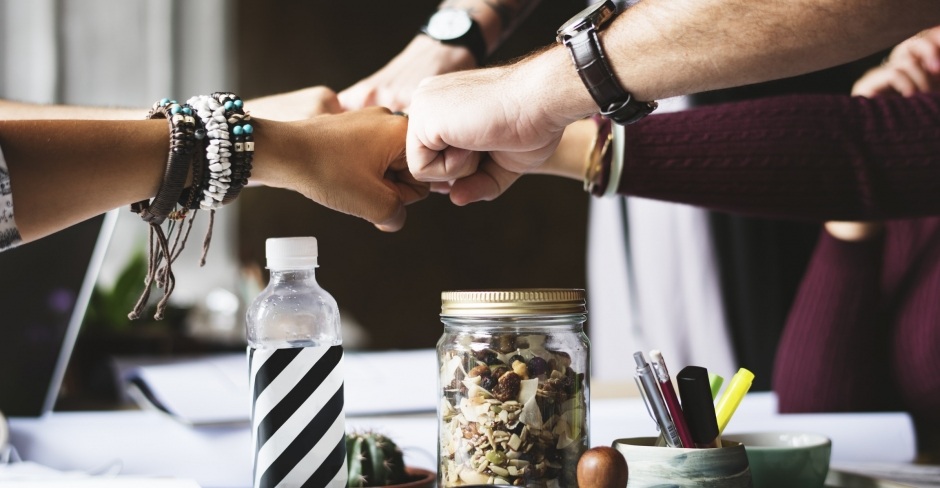 Under The Hood: Learn about OpenMedia’s Networked Campaign Style

In this edition of the Under The Hood series learn about OpenMedia’s unique approach to building collaborative networks to support our campaigns.

At OpenMedia we build community power through mass civic engagement campaigns to advance privacy, free expression and affordable access to the Internet.

Like any good civic engagement organization we’re constantly asking ourselves how we can get more people involved in our campaigns.  After all, our most successful campaigns that have led to clear policy or legal changes are often the campaigns that reach a critical mass of people.

One way we stretch our work and impact is developing collaborative networks of like-minded organizations to amplify our campaigns.

We’re certainly not the only organization to work in coalitions or networks (there’s a whole report dedicated to one coordination style called “Directed Networks”), but in over nearly 10 years of civic engagement work we’ve developed what we think can be an effective approach, as well as some key best practices.

I’m happy to take a moment to share some OpenMedia’s Collaborative Campaign Networks approach in this latest Under The Hood blog.

Why do we work in networks versus traditional command and control style coalitions? Because...

1. Networks improve the capacity of members to do more for and by themselves;

2. Networks enhance our capacity to do more in loose commonality with others, without being constrained to organize our relationships through hierarchical modes of organization (see Yochai Benkler for more.);

4. Networks are more enjoyable and empowering to work within and more generative than other structures.

Generativity is worth dwelling on for a moment here. According to theorist Jonathan Zittrain, generativity refers to a “system’s capacity to produce unanticipated change through unfiltered contributions from broad and varied audiences.” In basic terms, a generative platform is one that is open, accessible, useful, flexible and easy to master.

Generativity is key because it means our campaigns can be highly flexible and productive -- this is an advantage we have to tap into considering the huge business and government hierarchies we’re often up against.

To get more specific, our collaborative networks help OpenMedia:

3. Demonstrate strength and unity to decision-makers: Nothing frightens a politician more than the shared reach of a large network of diverse organizations and businesses.

In short, if it wasn’t for collaborative campaign networks there’s just no way OpenMedia could pull off powerful actions such as projecting a 3 million strong petition count representing people from 155 countries onto prominent buildings in Washington DC, or beaming Net Neutrality photos, videos and other content from millions of people onto a giant jumbotron in front of the Federal Communications Commission (FCC).

Some other OpenMedia Networks I’m proud of include SaveTheLink.org, Protect Our Privacy and Stop Stingray Surveillance.

Let’s dig a little deeper into what makes these collaborative networks tick.

2. Decentralized: Autonomous engagement is encouraged within the boundaries of high level statement of unity.

3. Inclusive: Anyone can join if they support the project’s statement of unity.

4. Amplifying:  Members are encouraged to share each other's materials.

*Overall we also try to adhere to by these four core features of Directed Networks:

“Campaigns achieved success, we believe, because of their ability to open up to the new cultural forces which favor openness and grassroots power but also because they framed and strategically directed this power towards concrete policy outcomes.” (Networked Change Report)

Here’s the operating principles we try to adhere to within our collaborative networks:

3. Own your voice: While all members agree to a basic statement of unity individual organisations are not expected to cross-endorse the specific positions of others, including OpenMedia’s positions and content.

4. Be consistent: When drafting communications that represent the Network, bear in mind our agreed upon statement, objectives and any key messaging that has been developed.

5. Don’t overshare: As a general practice activities that are not public (private meetings) should not be revealed in detail in public communications unless previously discussed and agreed to by parties involved.

While the above offers helpful guidelines, every network has a different culture and works a little differently based on the kinds of people and organizations involved.

That said in our work we find that there are three main types of networks:

1. Joint rapid response campaigns: A quick unity statement and online action on a time-sensitive or time-limited campaign inflection point. Focused primarily on rallying large numbers to speak out in a short period of time.

2. Networked Campaigns: An ongoing collaborative project such as SaveTheLink.org. Usually these projects involve some backend resources for at least one organization, laying out a quarterly work plan and following a set of development steps.

3. Brain Trusts or ‘Dream Teams’:  These are collaborative networks of organizations, businesses, activists and experts who are working on a common work area (telecom policy in Canada) or issue (NAFTA). The main difference here is that this network is not public facing - although some members may from time to time collaborate on a campaign.

There are more detailed elements of developing and maintaining collaborative campaign networks I hope to share with campaigners elsewhere, but hopefully the above gives you a solid under the hood look at the basics.

You might be thinking that this sounds like a lot of work. It’s not for the faint of heart but done right, collaborative campaign networks can be a nearly unstoppable force.

Check out the infographic below about the successful Stop Spying campaign or look at all the activities in OpenMedia’s work on the Trans-Pacific Partnership.  We simply couldn’t have done half of this work without our collaborators. In fact, our campaign partners led many of the key campaign activities.

More importantly if we’re campaigning to make the world a better place, it seems fitting that in doing so we’d do our best to model how we can cooperate to take on shared challenges.

Check out our other posts in this Under The Hood blog series: