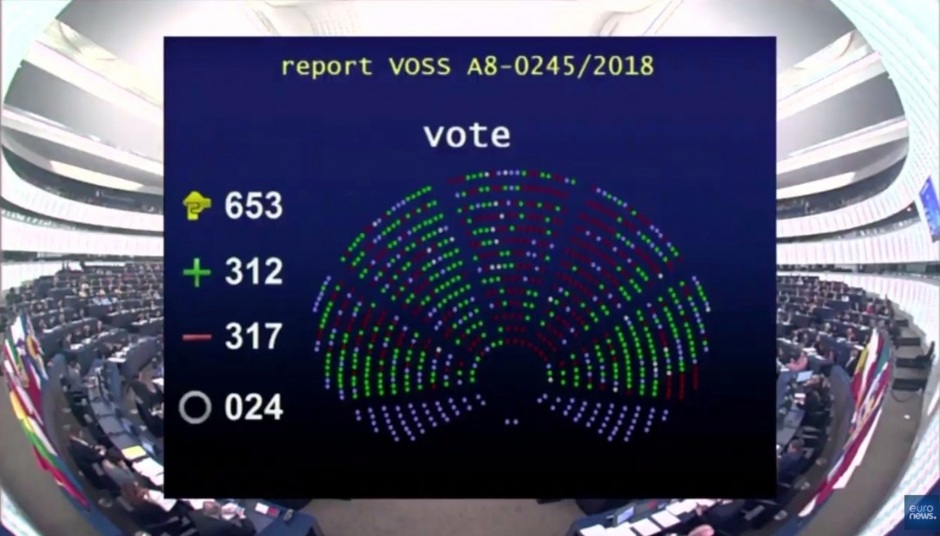 Article 11, also known as the Link Tax, will copyright the snippets of text that usually accompany links – often used as previews to help Internet users find content online. Article 13 introduces mandatory content filtering requirements, which will require platforms to proactively filter content before it is posted online – effectively turning online platforms into the copyright police. These proposals have seen widespread opposition due to their vast potential to meddle with the open nature of the Internet and entrench some of the largest online players, while failing to help compensate smaller and independent creators.

Today’s vote is a major blow to the open Internet. This Directive positions the Internet as a tool for corporations and profits – not for people. By approving Articles 11 and 13, the EU Parliament not only rubber stamped bad legislation, but also ignored the voices of millions of its own concerned constituents. The EU Parliament has sided with lobbyists, and ignored the needs of creators and Internet users. This Directive only further entrenches the largest platforms – the only ones with the resources to actually comply to these dramatic regulations. The ramifications of this decision will be felt for years to come.

Over 5 million Europeans signed a petition against Article 13, resulting in the largest petition in European history at: https://www.change.org/p/european-parliament-stop-the-censorship-machinery-save-the-internet.