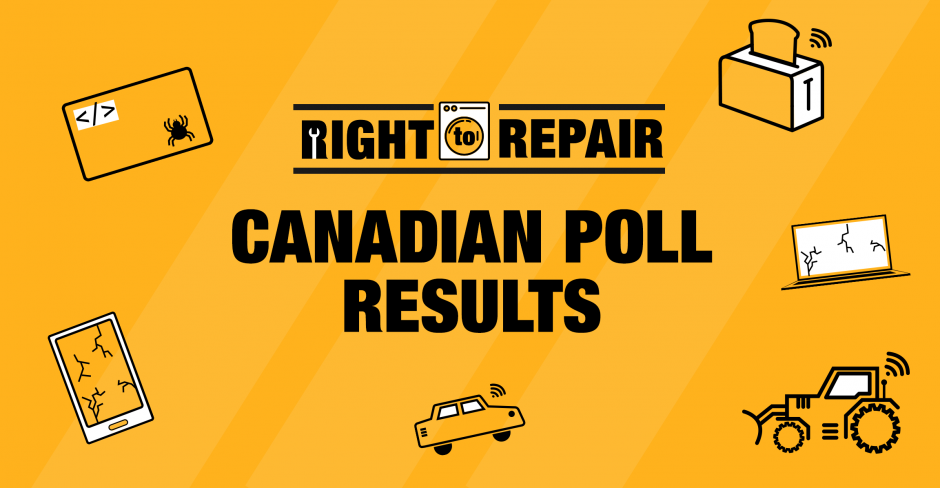 With an election nearing, our federal candidates should be looking at the widespread support for national Right to Repair legislation.

A year ago, the idea of Right to Repair was almost niche in Canada. It was an idea pushed by makers, tinkerers, farmers, and repair professionals – but it was hardly an idea considered by government.

But little was known about how much Canadians supported this idea, so politicians had little incentive to put their weight behind it and risk the ire of giant manufacturers like Apple and John Deere.

Thanks to the donations of over 100 OpenMedia community members who pitched in to fund a national opinion poll on the Right to Repair, we now know that 75% of people in Canada support Right to Repair legislation.

And it’s no surprise why. That same poll revealed that 76% of people have discarded or replaced a broken device because of a repairable issue like a broken screen or a weak battery. Of these people, about a third said they tried to repair their device, but the cost of repair was prohibitively expensive. 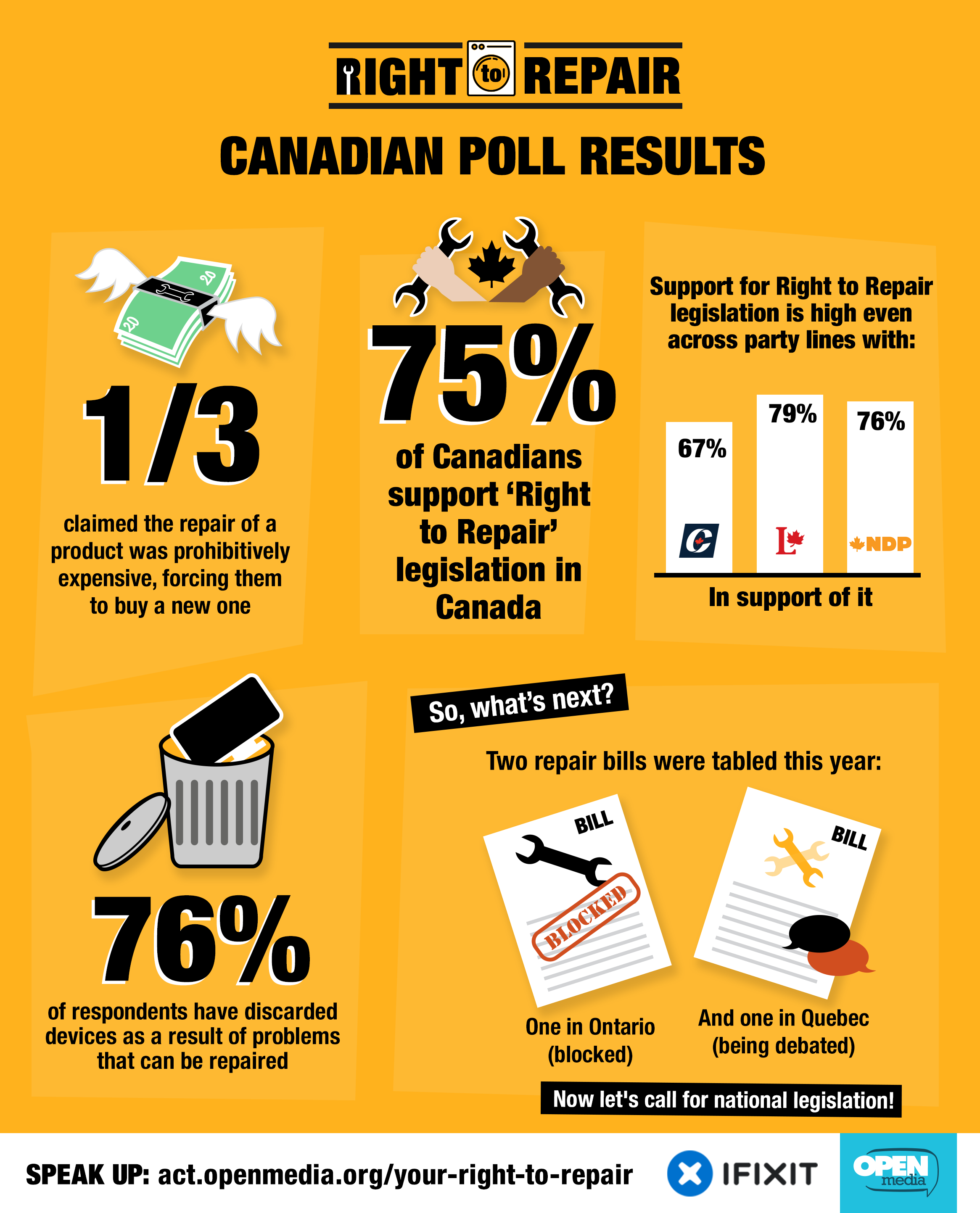 What’s more, this poll showed that the Right to Repair is an issue that unites people across party lines. 79% of Liberals, 76% of New Democrats and 67% of Conservatives are all supportive of this.

After all, regardless of where you stand on the political spectrum, everyone wants to have affordable choices to repair their electronic devices, appliances, and machinery.

This poll shows that candidates in the upcoming federal election stand to gain votes by standing behind people’s Right to Repair.

Going forward, OpenMedia will continue to reach out to the 75% of people in Canada who want the ability to repair the products they own on their own terms and organize them to push for national Right to Repair legislation.

If you haven’t signed our petition calling for national Right to Repair legislation, sign it now! If you already did, be sure to share it with your friends and family.

You can find the key findings of the poll as well as the full report below.

KEY FINDINGS of the Innovative Research Group poll include: