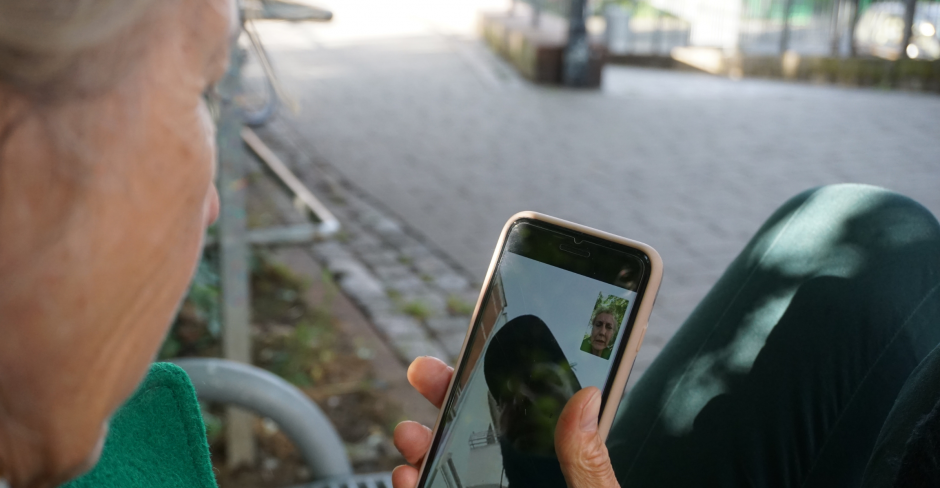 For analysis on the CRTC's April 15th MVNO decision in layman's terms, please check out this accompanying blog by OpenMedia's own Erin Knight.

In yet another of a long string of missed opportunities and short-sighted half measures, the CRTC has announced its regulatory solution for Canada's chronic cell phone market debacle. In adopting a regime that replicates, rather than overcomes, many of problematic features in Canada’s mobile landscape, the Commission’s regulatory solution offers slim hopes for Canada’s cell phone market.

As anyone with a phone plan is aware, world-high mobile prices have plagued Canadians for years. Yet Canada’s dominant national providers (TELUS, Bell and Rogers) have persistently denied this reality through lobbying efforts, regulatory filings, and even active misdirection. It is therefore encouraging that the CRTC’s recent decision finally confirms the nature and scope of Canada’s pricing woes, definitively affirming that: "The Commission is satisfied that the evidence before it shows that retail prices are higher in Canada than in other comparable jurisdictions. Furthermore, factors such as network costs or network quality do not appear to explain the price differentials. Rather, it is likely that insufficient competition in Canada contributes to higher prices in comparison to other countries."

The decision also correctly identifies several endemic problems in mobile competition that have caused this state of affairs: market entry is difficult, as upfront costs are high, spectrum is inherently limited, and dominant providers enjoy a substantial head start. As a result of these conditions, several stuttering attempts over the years to instill price discipline from new competitors have failed to make any meaningful headway into the national providers’ dominant market presence and globally high revenues.

The Commission adopts a two-tiered regime in response. First, in an attempt to provide more competition, it obligates dominant providers to let competitors operate 'virtually', without the need to build their own networks (the MVNO mandate). Second, to provide some relief for Canadians who simply cannot afford mobile data connectivity, dominant providers will be obligated to offer lower cost plans. Each component promises, in theory, to address long-standing problems in Canada's cell phone landscape, but both fall short in the implementation.

The MVNO regime created by this decision is narrowly designed to allow a small number of existing regional providers (such as Shaw and Videotron) to extend their customer base into nearby regions while shielding these providers from new competitive pressures. As a result, it excludes a host of eager potential competitors with a strong track record in disrupting telecommunication markets from entering. Canadian actor Ryan Reynolds’ MINT and Canadian domain registrar Tucow’s Ting Mobile both operate successful US-based MVNOs, but have been locked out of providing Canadian counterparts and will not qualify. The paucity of competitors who may take advantage of the CRTC’s MVNO framework is particularly discouraging in light of the impending Shaw/Rogers merger, which is set to remove one of Canada's few existing regional competitors. In truth, the only way to provide sustained competition in mobile in Canada is to adopt a permanent and fully virtual wholesale regime.

The regime's second component will obligate dominant mobile providers to offer so-called low cost plans, including one plan that is $35/month and offers 3 GB of data. These plans will provide much needed relief to some Canadians in some regions, but ultimately offer an at best incremental improvement against a problematically high baseline market rate. The plan’s data allotment, for example, is well below the Canadian average at a time when plummeting prices abroad have created an ever-widening gap between mobile data usage in Canada and other countries. The plan is also limited to rapidly outdated 3G connectivity, and is more expensive than some existing retail plans.

The CRTC’s MVNO Model Regime and Its Flaws

The MVNO regime is intended to provide more competition in Canada by allowing companies to access customers even in areas where they have not built mobile cell sites on towers.

Regrettably, the model adopted by the CRTC artificially replicates several barriers that have prevented meaningful competition from taking hold. It is severely limited in terms of its availability to a narrow subset of potential competitors, lacks a fair rate-setting mechanism, specifies a short expiry date; and will be severely geographically limited.

Under this regime existing small regional providers can attempt small expansions of their customer base by operating virtually in areas directly adjacent to their existing networks. Yet the true potential of MVNO-based competition is that it allows providers to overcome geographic limitations and high entry costs, so that a multiplicity of operators can compete with the dominant providers on a national level. Yet the CRTC MVNO regime appears calculated to replicate several artificial barriers to competition, preventing its regime from realizing this potential.

First, you cannot provide mobile services without spectrum. But spectrum is scarce—ISED parcels spectrum into geographic portions and auctions these. In Canada most spectrum bands are already controlled by Canada’s existing regional and national cell phone providers. Overcoming spectrum scarcity is key to facilitating more competition in cell phone markets, and a full MVNO regime would provide precisely the necessary separation between spectrum ownership and market access.

Unfortunately, the CRTC’s MVNO regime is only available to regional competitors that already own spectrum. The list of potential competitors who already own spectrum in Canada (and so are eligible for the CRTC’s MVNO regime) is highly limited. Notably lacking in its ranks is an aggressive competitor willing to disrupt Canada’s stagnant cell phone market. Any hopeful disrupters will find it difficult to obtain spectrum before the CRTC’s MVNO regime automatically expires in 7 years. Indeed, there is only one spectrum auction on the horizon, and registration is already closed. And with no more spectrum on the immediate horizon, it’s a risky proposition for anyone wishing to enter a mobile market absent the ability to compete as an MVNO in other spectrum regions. By artificially replicating the scarcity created by spectrum, the CRTC therefore all but ensures an aggressive competitor will not emerge.

Second, the CRTC framework embeds the high costs of entry and inefficient building costs that arise when every competitor is required to duplicate all wireless infrastructure (antennas, cell phone towers, etc). Canada’s dominant national providers have managed to build a cell phone network at far lower cost than their international counterparts by extensively and exclusively sharing their cell phone networks. Mandated MVNO access could replicate this efficient, cost effective means of providing cell phone access while avoiding the accompanying concentration of market power that arises when only dominant competitors can benefit from network sharing arrangements. But instead, the CRTC replicates these high and inefficient building costs by requiring regional competitors to build or risk losing their virtual customers when the MVNO regime expires in 7 years.

In doing so, the CRTC jettisons a model for competition it has relied upon for decades in the home Internet context, where companies like TekSavvy and Distributel have infused much needed and long sustained competition by accessing customers over wires installed by dominant providers such as Bell and Rogers.The CRTC’s rationales for adopting this regime in the home internet context—that there are significant barriers to duplicating access network facilities on the scope and scale operated by the dominant national who have had decades of incumbency to develop their own—are even more applicable in the cell phone context, where historical business choices prevent market entry to an even starker degree.

In choosing to emulate artificial geographic limitations, the CRTC MVNO regime is truly destined to fail. Despite years of effort, Canada’s regional competitors have failed to erode the dominant national provider’s market share by more than 12%. Historical innovations in service offerings such as unlimited plans and data rollovers have also been generally sporadic, regionally limited and late to arrive in Canada. A full MVNO regime can be expected to capture between 5-30% national market share through more competitive prices, targeted niche service offerings and truly innovative service packages, but only if MVNOs are permitted to build a customer base from across the country.

Sadly, the CRTC regime does none of these things. Instead, it places all of its bets on existing regionally bound competitors who have already demonstrably failed to provide sufficient price discipline and service innovation despite years of effort. Even as it does so, the Commission fails to provide these regionally-bound players with the national reach they would need to exert the level of competitive pressure to truly erode that national provider’s dominant position as northern Canada based ICE Wireless tried to do in 2017. As the Commission itself notes, the dominant providers exercise market power at a national level, allowing them to weather a substantial amount of competitive pressure in any particular region.

The CRTC’s decision to go ‘all in’ on regional providers is particularly discouraging in light of the impending Shaw/Rogers merger, which threatens to eliminate the most competitive of the few existing regional providers on which the Commission’s entire regulatory regime hinges.

While approval of the Shaw/Rogers merger remains uncertain, the CRTC has chosen to build an intensive regulatory regime on the presumption that competitors will continue to exist across Canada. But the history of regional mobile competition in Canada is characterized by a series of acquisitions by dominant providers.

In its decision, the CRTC chose to turn a blind eye not only to the impending Shaw/Rogers merger (which was announced after the proceeding ended) but also the powerful economic incentives that have driven our three national providers to absorb regional competitor after regional competitor. While neither of the other competitors (Videotron and to a lesser degree Bragg) have signalled any immediate desire to merge, it is hard to predict what compelling offers these companies will receive if Shaw’s merger is approved. One thing we do know, with their deeply embedded national networks, vast spectrum holdings and massive market shares, Canada’s dominant providers can afford to wait and see. Now Canadians will be forced to wait as well.