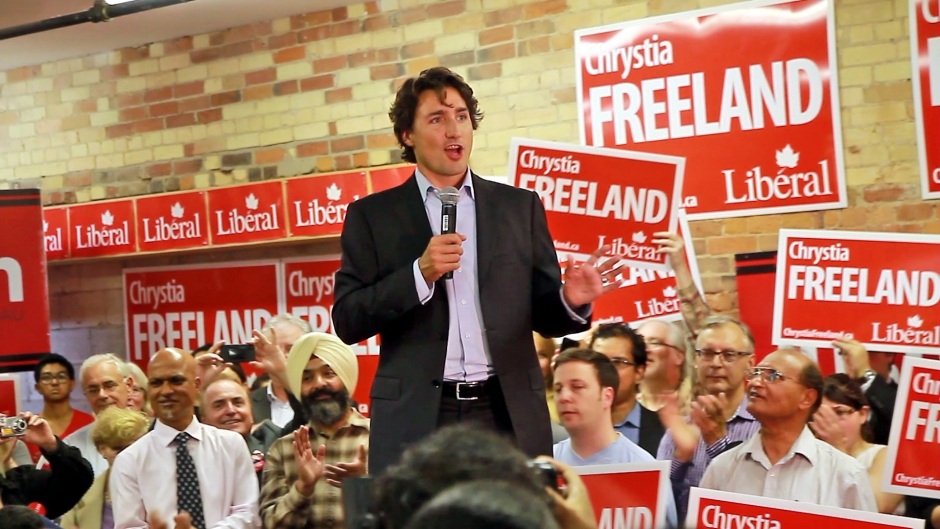 Copyright in the new TPP: A milestone or a PR move?

The Canadian government pushed for significant improvements to the Intellectual Property chapter in the new TPP, but it's still too early to throw confetti, here's why:

This piece by our Marie Aspiazu was originally published on Rabble.ca

Last week, citizens watched the news in suspense as leaders from 11 of the original Trans-Pacific Partnership (TPP) signatories met in Vietnam at the Asia-Pacific Economic Cooperation (APEC) Summit to discuss the future of the controversial trade agreement without the U.S., which withdrew from the agreement back in January.

At first, reports indicated Prime Minister Justin Trudeau didn't show up, delaying the process. Moments later, it was confirmed that the 11 nations had reached an "agreement in principle" on "core elements" of the TPP, now renamed the Comprehensive and Progressive Agreement for Trans-Pacific Partnership (CPTPP).

The news came to the dismay of hundreds of thousands of Canadians, who spoke out against the politically toxic deal for years, up until the government's latest consultation, which ended on October 30. This was a clear sign that once again, the government did not bother to consider Canadians' feedback before making a major decision, and merely used the consultation as a public relations strategy.

However, in a win for digital rights advocates, the Canadian government took a strong stance on the Intellectual Property (IP) chapter despite strong pressure from other nations to rush through with the deal with a minimal changes approach. It made a significant improvement to the TPP's original unbalanced copyright rules by suspending the Intellectual Property provision almost in its entirety. The problem is that the suspended chapters in the new agreement are still subject to discussion and could be reopened, should the U.S. decide to rejoin the deal down the line.

Additionally, as Electronic Frontier Foundation points out, other problematic provisions for Internet users are still pulsating in the deal, like ISDS (Investor-State Dispute Settlement) -- a provision that allows multinational corporations to sue governments for millions of dollars for laws that simply don't fit their business interests, in unaccountable tribunals.

Therefore, it's still too early for Internet users to throw confetti -- the fight isn't over yet. Plus, despite a significant improvement to the original agreement, this whole process still happened behind closed doors and away from the public eye. We cannot let this become the norm for how Canada negotiates future trade agreements and builds its relationships with other nations. If the government is truly committed to the "progressive" trade they claim, it is overdue that they embrace open, transparent and democratic processes throughout the entirety of the negotiations.

It will also be interesting to see whether the Canadian government takes a similar approach in the renegotiated NAFTA. Hopefully, Canada will show leadership in achieving a balanced copyright approach in face of extreme proposals by U.S. industry lobbyists and even Canada's own largest telecom, Bell -- who has proposed to introduce a website blocking system and radical new copyright rules that would criminalize everyday online activities, resulting in an unprecedented, widespread chilling of free expression.

As a response to the government's decision to agree to the new TPP, ignoring Canadians voices in the thousands, OpenMedia, Leadnow, Private Internet Access, United Steel Workers, CUPE, and CWA Canada are teaming up to do a massive bus ad campaign in Ottawa to remind Trudeau that we will not be silenced on the TPP. Citizens can contribute to the initiative at: https://act.openmedia.org/trudeauTPP/donate and follow OpenMedia on Facebook and Twitter for the latest updates.