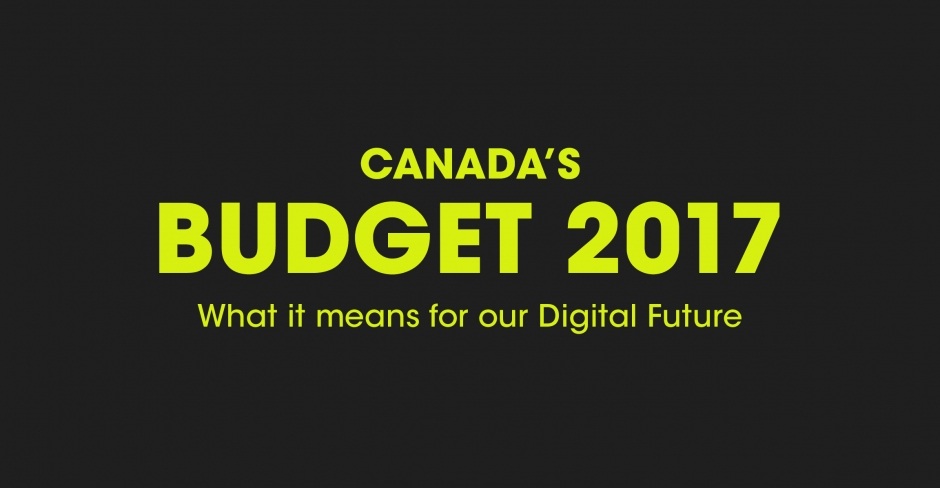 Budget 2017 promises review of Canadian Internet policies, but disappoints in lack of investment for infrastructure

Limited funding to support Internet connectivity for low-income families is welcome, but budget will disappoint those hoping for the government to deliver on CRTC’s call for a National Broadband Strategy

Major Internet policy battles lie ahead, after this year’s federal budget announced an upcoming review of the Broadcasting and Telecommunications Acts, including addressing issues of net neutrality and cultural diversity, along with developing a Canadian intellectual property strategy.

The budget also announced no new funding for Internet infrastructure, instead merely repeating last year’s commitment to bring high-speed Internet to rural and remote communities — itself largely a reiteration of a funding promise originally made by previous Conservative Industry Minister James Moore. Finance Minister Morneau did, however, promise $13.2 million over five years for an affordable access program for low-income families — however experts say this is a drop in the bucket of what is needed, and that an effective program would require between $70m-$400m in funding.

The Internet is so integrated into our everyday lives and can provide access to more types of content and services than ever before — so it makes sense to review how our legislation can best support that aim. The coming year is going to be crucial in shaping the future of Canada’s Internet, and it’s essential that the needs of individual Canadians are placed at the heart of these upcoming reviews.

It’s a real letdown to see the government discuss innovation without any new funding commitment for Internet infrastructure, despite the CRTC’s historic ruling in December that every Canadian should have affordable, reliable Internet access. A solid foundation of connectivity is essential for innovation, and without meaningful investment in broadband infrastructure, underserved communities across Canada will continue to get left behind.

Other key points from today’s budget from a digital perspective include:

OpenMedia is also disappointed at the apparent lack of any new funding for the Office of the CSE Commissioner, the agency tasked with reviewing the operations of Canada’s massive spy agency, the Communications Security Establishment. OCSEC warned recently that it was having trouble keeping pace with CSE’s activities. OCSEC operates with a budget of just $2 million, whereas the CSE’s budget this year is close to $600 million.

Canadians are calling on the federal government to build on the CRTC’s vision to create a national broadband strategy at act.openmedia.org/broadband-plan