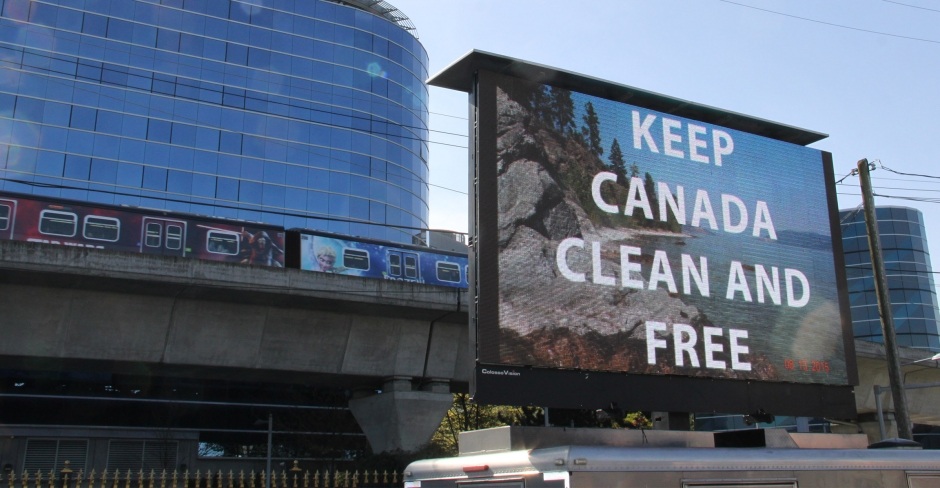 All Out Against the TPP: Vancouver Edition

The TPP in its original form may be dead, but some of its poisonous components remain – and big media lobbyists will continue to push for them. Join us for a mobilization against secret and undemocratic agreements!

Shortly after election night, we received the news that the Trans-Pacific Partnership (TPP) was on rocky ground in the United States. As much as most of us were ready to bounce off the walls in face of such a major victory for the people, it didn’t seem quite right to declare confidently that the agreement was “dead” just yet.

The truth is that, yes – the TPP faced a major defeat with the loss of the U.S. support and the statements senior government officials that they would not pursue a vote in the lame duck session of Congress.

It’s important to remember that this was only made possible after many long years of steady opposition from civil liberties groups, workers unions, environmental and digital rights advocates, and most importantly everyday citizens like you and I around the world who did everything in our power to stand up against this terrible deal.

The good news is: it worked! Without the U.S., the agreement in its original form is not going far. So all in all, it is a victory for the people – and no one can take that away from us.

However, this is not the end of the story, nor the battle.

Although President-elect Trump has promised to “quit the TPP” on his first day in office, it is still uncertain where other countries are headed next, including Canada. That’s why we’re continuing to call on Prime Minister Justin Trudeau to formally reject this deal on behalf of the millions of Canadians who have expressed their opposition to the deal for years.

Most importantly, we would like for the government to learn from this experience and stop negotiating critical policy decisions that affect all Canadians behind closed doors with little to no public input or oversight, or as they did in this case make only a nominal effort to get buy in – opening up a public consultation after a deal had already been signed.

Also, just because the TPP is on its last leg, that doesn’t mean that other toxic trade deals aren’t on their way. Take the Comprehensive Economic Trade Agreement (CETA) for example. It’s being pushed through Canadian Parliament this week – and similarly to the TPP, will drive up drug prices due to increased intellectual property protections. And what’s worse, it lacks the proper review and evidence to support this provision. It also contains the much-loathed investor-state dispute settlement (ISDS) mechanism that so many Canadians have spoke out against during the course of the TPP negotiations. Give all this, we must ensure that our government knows where we stand and gear up to fight again, because we are not willing to let history repeat itself.

Second, just because the TPP failed, lobbyists and big media executives are not simply going to turn around and go home. Some of the most controversial provisions that were part of this deal are still a living threat to our societies and are likely to resurface in different forms and venues. Simply put, defending our digital rights is often a game of whack-a-mole:

Third, can we take Donald Trump’s word that the TPP is dead? We’re “proceeding with caution” to say the least.

And that’s why we’re inviting you to join us for a day of action against the TPP and similar “clone” agreements. We’re also continuing to collaborate with partners across many issue areas to help us fight upcoming challenges. Time and again it’s been proven that when we stand in solidarity, we can achieve almost anything – including taking down some of the world’s largest, undemocratic agreements and their terrible provisions.

Join us in Vancouver, where we’ll be going all out against the TPP.

BC Government and Services Employees Union

Young Workers Committee of the Justice for All Workers

We’re looking forward to seeing you there! And if you’re not able to join in person, make sure to follow us on Facebook and Twitter to keep up with every minute of the action!