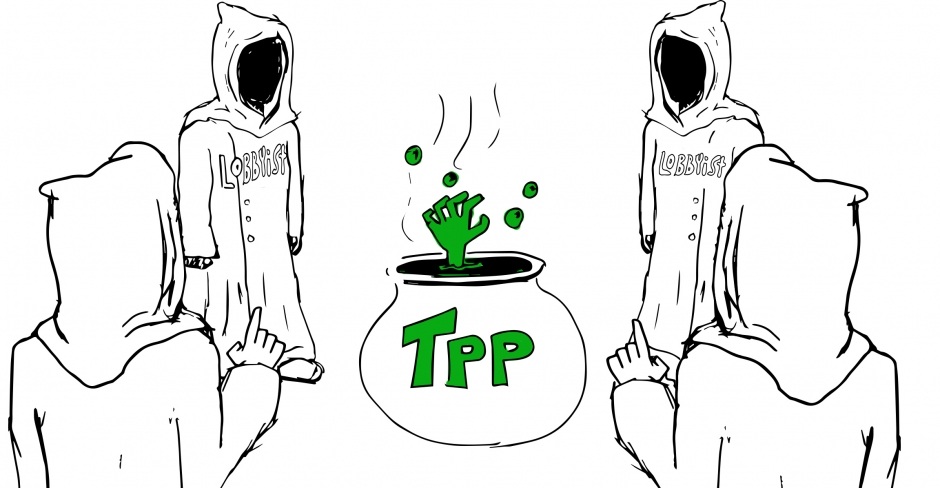 Corporate greed has insatiable thirst and so, lobbyists are gathering in Toronto to try and resurrect the infamous TPP. But we are not going to let that happen, so here’s the plan.

Last year the government consulted Canadians on the TPP (after signing, but before ratifying the deal) and the consensus was clear – Canadians said they wanted no part in this deal. Plus, after the U.S. government withdrew from the deal in November, trade minister Chrystia Freeland assured Canadians it was a no-go.

But here we are just a few months later and it looks like corporate lobbyists and government bureaucrats couldn’t take no for an answer. And that’s why Canada’s government is hosting secretive trade talks in Toronto this week in an obvious attempt to bring the TPP back from the dead. Same turd, different wrapping.

You may wonder: hasn’t Canada learned anything from the secretive nature of the negotiations that originally made it so unpopular? Or from the lessons of the extensive public consultations? Or even from the large international uprising that defeated the deal in November?

The answer is: corporate greed has no limits and will try to trample citizens’ interests at any cost – our environment, our jobs, our Internet, our healthcare and so on. When “trade” deals such as the TPP exclude citizens, citizens lose out.

Therefore, the time has come to rise against the TPP, once again, because if we let them sneak it back on the table it'll be so much harder to put it back in the ground. But if enough of us speak up right now, we can stop this right dead in its tracks.

Tell Global Affairs Minister Freeland and Trade Minister Champagne: “Send the TPP back to its grave. It’s time to formally withdraw Canada from the deal, and ensure any future trade talks are shaped by citizens every step of the way.”

After all, we know the TPP well enough by now – it will overwrite our laws, criminalize our online activity, rob our public domain, and cost our economy millions. Under the TPP, corporations will even be given new powers to sue national governments and loot the public treasury for millions.

We’ve said it loud and clear: the TPP is a bad deal for Canadians, and secretive agreements that follow its framework will inevitably produce the same results. So let’s make sure that corporate lobbyists and government bureaucrats don’t resurrect this toxic deal.

LET’S SEND THE TPP BACK TO ITS GRAVE

Together we stopped it once, and we will do it again. The last thing we need is to see the TPP’s extreme proposals resurrected.

Send our TPP Citizens’ Report to your local MP to call on our government to commit to open, progressive trade and put an end to secretive and restrictive negotiations.

And don’t forget to speak out at act.openmedia.org/TPPisBack to stop the infamous deal from making a comeback we all dread, and share widely on Facebook and Twitter.