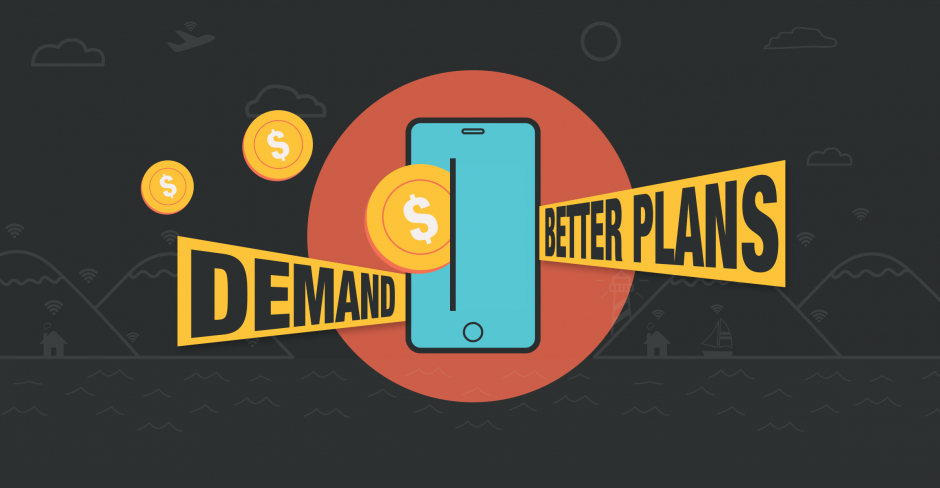 The B.C. government wants to hear your cell phone horror stories—let’s make sure they listen

The B.C. government has announced its plan to improve customer protections for cell phone users and it could result in much needed, ground-breaking changes.

British Columbians (and people across Canada) have been price gouged and misled by cell phone providers for far too long. We continue to pay some of the highest prices for cell phone bills in the industrialized world, and Big Telecom’s misleading and aggressive sales tactics make the headlines on a regular basis.

Back in 2013, the Canadian Radio-television and Telecommunications Commission (CRTC) passed the Wireless Code of Conduct in order to help protect customers from Big Telecom’s predatory practices and provide more clarity around cell phone contracts. However, its weak enforcement mechanisms and loopholes have left the door open for abuse on behalf of Big Telecom — ranging from surprising customers with cell phone bills in the thousands of dollars to continuing to charge customers for device subsidies long after the device has been paid off.

Fortunately for British Columbians, the provincial government recently announced a plan to improve cell phone customer protections and launched a survey to gather people’s experiences with their cell phone providers. The survey is open until July 5th.

This rare opportunity has great potential to result in ground-breaking provincial level legislation that complements the federal Wireless Code of Conduct and introduce stronger enforcement mechanisms and penalties, so that Big Telecom can’t get their way.

But in order to make this ground-breaking change happen we need British Columbians to speak out and make the government feel the pressure. So OpenMedia has launched a petition detailing specific asks to strengthen cell phone customer protections at the provincial level and ensure that British Columbians get a better deal when signing up for a cell phone plan.

OpenMedia has also been invited to meet in person with the B.C. government to present our views. We will be using this opportunity to deliver the aforementioned petition and bring our community’s voices straight to key decision makers.

Provincial legislation to protect wireless customers isn’t a novelty — Quebec, Manitoba, Newfoundland and Labrador, and Nova Scotia, have passed laws to better protect their constituents and close some of the loopholes found at a federal level in the Wireless Code.

Ontario had them too through the Wireless Services Agreements Act until Doug Ford’s government scrapped it with the passage of the unpopular Bill-66.

Now, it’s B.C.’s turn to step up and pass the strongest provincial legislation to protect cell phone users yet.

If you are reading this article and live in British Columbia I encourage you to take five minutes out of your day to complete the government’s cell phone survey. Together — we can demand and attain a better deal for B.C.!