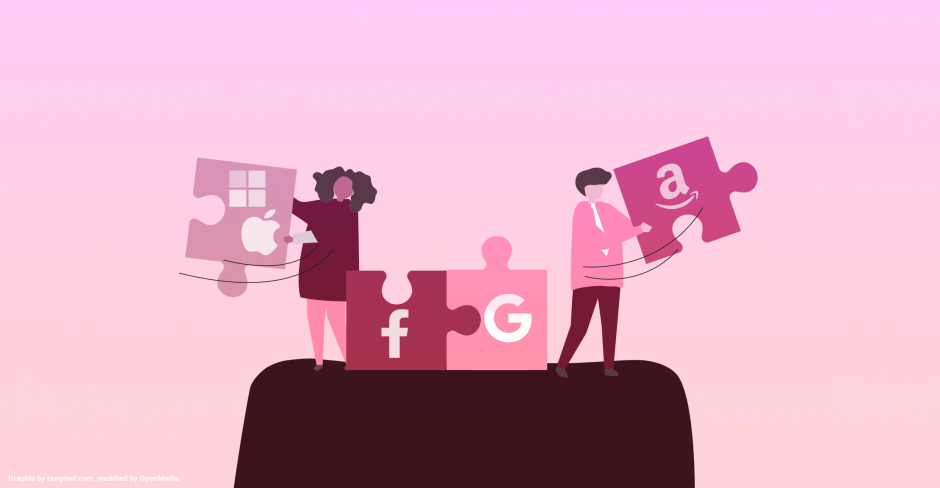 What are Antitrust laws, and why should you care? Your questions answered

You know it as well as we do: a few technology companies like Apple and Google are squeezing  the Internet as hard as they can. Blessed by weak Antitrust laws that tend to overlook the Internet, they’ve had enormous leeway to crush would-be competitors so they always end up on top. But there’s a huge opportunity to change that right now, as Congress is finally introducing antitrust reform legislation that could start to hold these platforms accountable for locking the gates of the Internet.

But what are Antitrust laws, and how can they help? Antitrust laws are a collection of federal laws that aim to prevent monopolies and oligopolies - situations where one or a small number of companies have too much control of the market for a product, and can use that power to set excessive prices and other anti-competitive practices that hurt ordinary people.  Since the inconclusive antitrust case against Microsoft in the 1990s over their bundling of web browser Internet Explorer, antitrust laws have rarely been used against major tech companies. Many experts and policymakers believed that constant innovation in the tech sector would keep any company from ever exerting too much power over the long-term. Over the last few decades, major tech companies have proved less vulnerable to this change than many expected, successfully buying out or copying competitors while keeping their users locked by their personal ties to other users on their platforms.

The business decisions of conglomerates like Google, Meta, Amazon, Microsoft, and Apple have an immense impact on our daily lives and society, from the things we buy to where we buy them to the news we watch. Yet today many users feel stuck on platforms they might not want to be on, locked into services that abuse our data and tightly control our everyday online experiences. Updating and implementing new antitrust laws that effectively address these features of the tech sector would mean more choices for users and more bargaining power for users who stay with major services.

There’s currently two antitrust reform bills before Congress that can finally start to roll back the iron grip of Big Tech: the American Innovation and Choice Online Act (AICOA), and The Open App Market Act (OAMA). Here’s some common questions and answers about them!

What are Antitrust laws?

Antitrust laws are a set of federal statutes that work to prevent unjustified monopolies. These laws recognize that without any limitations, some markets will see anti-competitive and anti-consumer practices emerge like predatory price-fixing, strongly business-favouring terms of service, low incentives to innovate, and a pattern of aggressive buyouts and mergers that prevent disruption of this status quo.

The origins of antitrust laws date back to the late 1800s, when so-called ‘robber barons’ completely controlled major U.S. industries like steel, oil, and the railway system. By legal, quasi-legal and illegal means they worked to build and maintain dominance of their industry and closed off the market from would-be competitors. Antitrust laws were a key part of rolling back this system and introducing effective competition to all these industries but entered a period of relative disuse through the mid and late 20th century.

In the late 90s, antitrust law began a long come back. The Department of Justice accused  Microsoft of anti-competitive practices, by bundling its web browser onto computers that had installed the Windows operating system, which represented the vast majority of the home computer market. The Microsoft case ended in a voluntary settlement in 2001 but was not the end of new interest in the possible antitrust exploration of tech companies.

As social media has taken over the web from the early 2000s to the early 2020s, many platforms have not been unseated by innovative competitors; they’ve consolidated their dominance. Google, for instance, earns their primary revenue from advertising, and draws ~90% of global web searches, with a very large share of the global search-based advertising market alongside it.

Growing concern about the scale and persistence of dominance of markets by online platforms has led to a mushrooming set of lawsuits and antitrust cases in response, across the US, EU, and other jurisdictions. But new laws can broaden the scope of antitrust consideration and clarify issues that are currently debatable or legal under existing law.

What are the proposed Antitrust Bills?

There are two major reform bills under current consideration that have broad bipartisan support from Democrats and Republicans: The American Innovation and Choice Online Act (AICOA), and The Open App Market Act (OAMA). We believe these bills can finally start to turn the tables in favour of Internet users rather than tech oligopolies.

AICOA bans tech companies with at least 50 million monthly users from unfairly favouring their products over others. Right now, they're often competing on their own site with smaller sellers— using market data about how products are performing to copy and or undercut startup successes.

What’s called ‘Self preferencing’ of products has become incredibly common on major online platforms like Amazon.

Have you ever scrolled through Amazon, and noticed that the first search result is an Amazon Basics product? Regardless of reviews, it's always the first option? That’s a case of self-preferencing. They promote their products over smaller third-party sellers, so the little guys are buried in search results. Self-preferencing on the web’s largest platforms must end. Small businesses deserve a fair shot, not to get pushed around and emulated into extinction by the big guys they have to work through to sell their products and services.

The second proposed legislation is The Open App Market Act - OAMA. This bill would open the digital app market up to developers to offer them more competitive, lower pricing.

Right now, developers pay hefty fees to place their products on an app store. On Apple’s store for instance, developers must use Apple's payment processors, with Apple taking 15-30% of the sale of every single download.  With 99% of smartphones using Google or Apple's app store, there’s little real option for app developers to reach us as users.  That’s bad for developers who need to pay a significant share of their revenue just to have their app available to users; there's no way to cut out the middleman. But it’s also bad for users, who pay inflated rates for their apps to make up that commission cost.

1. Requires companies to allow users to access other payment systems that do not charge overpriced app store commissions;

2. Requires that platforms protect the practice of ‘sideloading’ apps - making it easier for users to choose to download apps to their device from outside the app store.

What does this mean? Not the end of the App or Play store - but a reduction in the gatekeeping power of Big Tech marketplaces. Companies like Google and Apple have enormous control over what apps are available to users; we don't notice because we’re stuck in our smartphone app silos. If you’ve used an Apple or Google phone, downloading apps from the in-house App store is the only available option. If OAMA passes, we’ll have more choices over where we get our software, and lower prices when we get them through Apple and Google’s official stores.

Why is now the time to act?

There’s tailwinds behind antitrust reform in America right now. In 2020, the House Antitrust Subcommittee came to a clear conclusion: Big Tech platforms actively engage in anti-competitive behaviour. Our legislators have concluded they’re unjustly picking winners and losers, all to keep getting bigger and stay on top.

Healthy innovation is about new players constantly coming into the game; but self-preferencing and excessive app store fees are part of how the current system limits early start-ups and makes it easier to sell out to Big Tech than persist.

Timing is everything, and the time is now. OAMA and AICOA are being fought out and amended in Congress, and with strong bipartisan support from both Republicans and Democrats, have a real chance of being passed without being gutted. And that has Big Tech running scared. Combined they’ve spent $36,000,000 on lobbying against antitrust reform bills. But money isn’t everything - the voices of people calling for positive change matter a great deal. If enough people write our Congressfolk, we can get them to stay the course and get these bills passed.

What can you do?

Congress reconvenes in September, and we have a window now to push Antitrust legislation through.

Innovation drives tech forward - the biggest innovations always come from startups, not complacent giants. We need to make sure little tech has plenty of room to grow, and that means changing online markets to give them a fair shot.
Take action now: email Congress today demanding they support both these Antitrust reform bills!