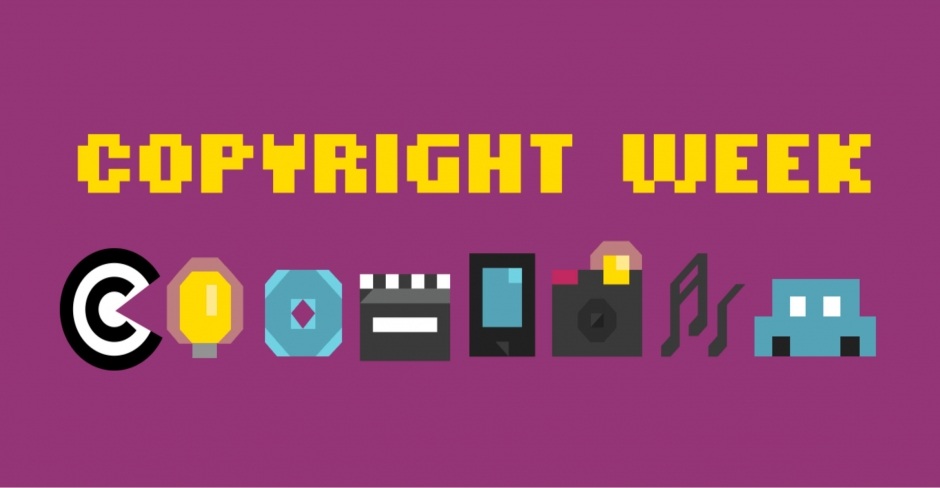 Copyright laws came from good intentions, but it does not operate in balance between creators, consumers and companies. There’s work to do to make these rules just, and to truly encourage creativity.

We’re taking part inCopyright Week, a series of actions and discussions supporting key principles that should guide copyright policy. Every day this week, various groups are taking on different elements of the law—addressing what’s at stake and what we need to do to make sure that Copyright Law promotes creativity and innovation.

Since the 1700s, a form of copyright law has ensured creators could profit from their original work before it passed into the public domain. In the 20th century that began to change, as ‘rights holders’ more aggressively expanded the scope of these laws, profiting handsomely - often at the expense of the creators - and turning aggressive litigation with tenuous connection to original work into just another revenue stream.

Copyright law is not enforced equally or fairly: its powers are most easily given to those who already have wealth and status, and its enforcement is disproportionately punitive towards individuals.

Copyright law has now been captured by major media interests all over the world. That’s why digital rights organisations in Brazil, Pakistan, Canada and Austria all fight to make it better for everyone: accessible and open. The impact of copyright laws ripples across the Internet constantly, though not everyone realises it.

For example, in France and New Zealand people can be disconnected from the Internet if they’ve infringed copyright. It is also used to demand global takedowns of original content under American DMCA rules, and in Europe it’s used to deny people access to content based on where they live, despite open borders between nations. In contrast, individual artists are often ripped off by large companies, who mass produce their designs without permission.

It is infringement against the big corporations, not against individual artists, which takes people offline, or even puts people in prison.

As Cynthia Khoo puts it, invoking the memory of Aaron Schwartz, “The FBI has not hounded (to financial ruin and suicide) a CEO who misused customers’ personal data. Paradise Papers–named individuals have yet to undergo harsh interrogations on their tax evasion. Download a 99-cent song for free, however, and beware the legal boilerplates of wrath. What is it about copyright that leads to such distorted sensibilities?”

The narrative that we are often sold is that copyright is about boosting creativity, about creating the conditions that allow new works to flourish, knowing that artists have the ability to earn revenue from it.

There is a brilliant piece in The Fader that dives into how that “support for art” narrative doesn’t ring true to all communities, especially to people of colour. It describes how, Kayla Newman, a Black woman who invented the phrase ‘on fleek’ - which became so popular it was branded on Forever21 t-shirts - didn’t see a dime of it. There is literally an entire shop called “Getonfleek” that sells naff looking clothes, using her words. As the author says, "Intangible things like slang and styles of dance are not considered valuable, except when they're produced by large entities willing and able to invest in trademarking them."

Brands make money from the public domain, from teen culture and memes - which are assumed to be all ripe for the taking. Consider the businesses that make huge films and tv shows out of fairytales and victorian-era novels. However, they then enforce their copyright stringently to prevent others doing the same with the new works.

That’s not to say copyright can’t work, or that it is fundamentally bad. There needs to be re-balancing so that the above problems no longer occur.
These issues are just a small slice of why there is a persistent fight under the banner of #FixCopyright. It’s why Copyright Week exists. What we are fighting for are really simple things.

Copyright policy should encourage creativity, not hamper it. Excessive copyright terms inhibit our ability to comment, criticize, and rework our common culture. More people, organisations and lawmakers need to take a hard look at copyright, and the disparities between its original intent and its actual application.

Let’s close off by sharing the brilliant Hank Green talking about re-mixing and sampling, to remind us how creative exceptions to copyright can be.

(How was this video not taken down? We’re not quite sure!)