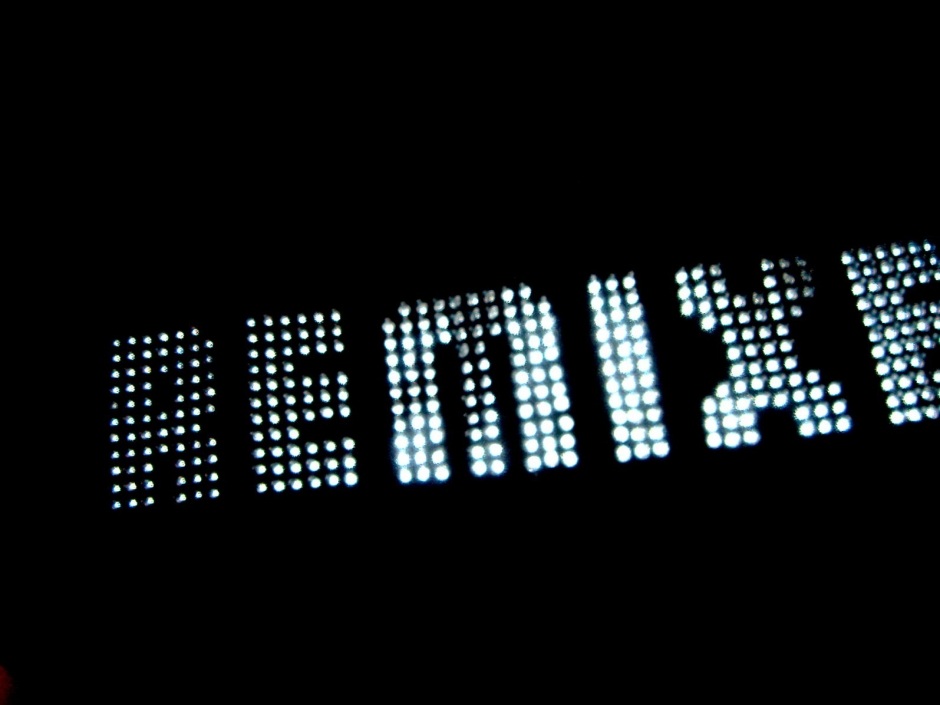 Copyright and transformative works: how will new laws affect creators of the future?

Lobbyists for the music and publishing industries are hoping to gain new powers to control how we share, collaborate, and create art online. But how will this affect creators? We’re kicking off an interview series with digital artists to find out!

The doors to creativity have been thrown open in the age of the Internet. Mashups, remixes, and transformative works are easier than ever to make — with digital tools and access to culture in the hands of millions, making sense of the world around us through art is a game we can all play.

Remixing isn’t new — in fact, it’s arguably how almost all art has come into being since we’ve been making art. It was almost certainly Pablo Picasso who coined the aphorism: “good artists copy; great artists steal.” Far from just a pithy quote, there is a core of truth in this maxim. Art — and science, and intellectual pursuit — is like a relay race, with the baton carried by one creator and passed to the next. Each new creation builds on creations of the past, context is woven together, and new elements are introduced.

At OpenMedia, we’ve resisted the argument that new creators need permission from artists of the past to carry the baton. On the other hand copyright maximalists argue that in order to promote creativity increasingly restrictive laws are needed. And right now, at the top of their wish list is “notice and staydown” legislation. This system would require all websites where Internet users interact and post content to create and deploy software that monitors every post, spying for things that have been flagged as allegedly infringing copyright and stopping users from posting before they’ve done anything wrong.

These Censorship Machines won’t be able to recognize exceptions for parody, public interest, and fair use and will undoubtedly catch all sorts of legal expression in their dragnet. Your memes, video remixes, gifs, critiques, online reviews and home videos are at risk.

Notice and staydown is already on the table in the European Union, in the form of a “content filtering” provision in the new Copyright Directive making its way through EU Parliament. We’re confident that with the support of our community, we can help sway Members of European Parliament to reject the idea — and have created a tool to help EU citizens reach out to their elected officials to ask them to oppose this creativity-crushing legislation.

Across the Atlantic, Censorship Machines loom large on the horizon. While there hasn’t been any proposed legislation yet, we know that copyright lobbyists are already banging down the door of the Trump administration, asking for greater powers to stop Internet pirates. Internet users won’t wait to be victim to another SOPA disaster, Americans are already speaking out en-masse, asking the copyright office to oppose any legislation that would implement Copyright RoboCops.

Canada should also be paying close attention to what is happening in the U.S. and the EU. It has recently been singled out by the International Intellectual Property Alliance as a “safe haven” for piracy and the impending 2017 copyright review could be just the vehicle for lobbyists to push for notice and staydown, and the dismantling of Canada’s innovative “notice and notice” system that seeks to find a balance between the rights of creators and users.

So what does this mean for artists?

This is a question I’ll be asking in a series of interviews kicking off tomorrow. Going straight to the heart of the issue — I’ll be starting with a group that exists at the intersection of fair use, copyright and remix art.

The Gregory Brothers are YouTube stars who describe their musical stylings as “discovering accidental songs throughout the universe”. Originally of “AutoTune the News” fame, the Gregory Brothers borrow news content, and use the magic of auto-tune to put it to song and dance — with a cheeky twist. The results are some hugely popular YouTube videos, garnering them nearly 3 million subscribers on YouTube, and opening the door to collaborations with Hollywood star Joseph Gordon Levitt, American rock band Blondie, parody artist Weird Al Yankovic and others.

Intriguing, right? You can check out one of their most popular videos below.

Even if it's not your cup of tea, there’s no denying what that The Gregory Brothers are producing is art. It’s often overtly political, and it’s very obviously parody. But they also borrow copyrighted news content to do their work — making their videos the perfect use case for why we need to keep copyright rules flexible enough to allow for this kind of transformative creation.

I’m looking forward to sitting down with The Gregory Brothers and chatting about how they navigate the murky waters of copyright law — and how they feel that new proposals could affect the kind of art they make, and the artists who make it, in the future.

We’ll be broadcasting our interview live tomorrow, February 21, at 12:00 PST / 3:00 EST and we hope you can join us! But don’t worry — if you miss out on the action we’ll make sure to share a copy, so check back here! After all, sharing is caring.