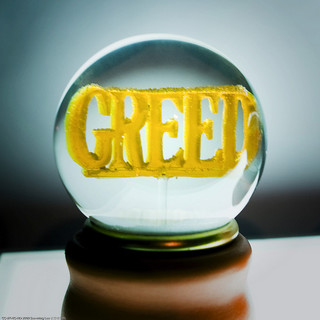 This week, Canadians learned that big telecom company Telus will be further limiting how much its customers can use the Internet. Soon after, we learned that big telecom company Bell will be jacking up their prices for Internet. After fighting for Internet openness and affordability for years, the pro-Internet community knows: this is price-gouging, pure and simple. It’s no secret that when it comes to the Internet, Canadians pay higher prices for worse services than people in most countries in the industrialized world. This is largely because a small handful of Big Telecom companies control upwards of 94% of the Internet service market in Canada, meaning that Canadians don’t have much real choice.

The issue here is larger than simply Telus lowering their caps, and starting to actually enforce them. Canadians are angry at this because there is NO REASON for usage-based internet prices. We're mad because we have a slight amount of technical knowledge and understand that there is no reason for this change other than that Telus can make money off of it and we can not do anything about it. I have had countless issues with the quality of my Internet, throttling specific ip addresses related to high bandwidth gaming, improper installs with refusal to fix, as well as problems with internet deliver to the house, and the companies refusal to fix it.

It's price gouging. It's embarrassing to a "progressive first world country" that we're going back in time in terms of internet quality and service.

Bell cites network investment as the reason for their price increases, which on the surface may seem to make sense. But consider that in Canada—while most industrialized nations continue to invest more and more in Internet infrastructure—Big Telecom’s investment in the Internet has remained relatively flat throughout most of the last decade. Bell in particular has also been called out by the CRTC because it “failed to make the necessary investments” in its aging networks in the North.

It’s clear as well that Canadians are already being needlessly price-gouged—the new limits on access and affordability are an extension of an already-broken telecom market.

Independent studies—which are often disputed by Big Telecom, even as they continually refuse to disclose their costing to Canadians—show that the markup for Internet service is nothing short of jaw-dropping. Dr. Michael Geist, the Canada Research Chair in Internet and E-Commerce Law, has written that roughly 8 cents per GB is a “high end estimate” of Big Telecom’s costs – including the cost of network investment.

The pro-Internet community in Canada has taken action time and again, calling on policymakers to enable affordable independent options for Canadians. We’ve pushed for more autonomy and fairer pricing for independent ISPs and have taken some crucial steps forward.

In 2010, for example, the CRTC ruled that Big Telecom companies must give their wholesale competitors access to the same speeds of broadband as those offered to their own retail customers. And of course, our famous half-a-million strong StopTheMeter.ca campaign prevented Big Telecom from imposing their punitive usage-based billing model across the entire Internet service market, and ultimately won more transparency from Big Telecom.

Clearly, however, more action is needed.

It’s easy: Our Internet is expensive and limited because of Big Telecom’s oligopoly, so to put an end to price-gouging and restrictions we need our policymakers to set the stage for real choice. This means more small steps forward like those described above—more transparency from Big Telecom and autonomy for independent ISPs—and some more major changes like breaking up Big Telecom’s dominance structures– what’s technically known as “functional separation”. Other countries like UK and Japan have moved in that direction with success.

In the meantime, however, Canadians should take action by making the switch, if at all possible, to independent providers like Teksavvy, Distributel, Acanac, and others. Visit OpenMedia.ca/Switch to see more options and to pledge to make the switch when it’s possible—let’s show policy-makers that Canadians want real choice.

--
We at OpenMedia.ca are working hard on your behalf, and pushing policies that make the Internet more open and affordable. Help us amplify Canadians’ voices: join us as a monthly donor.