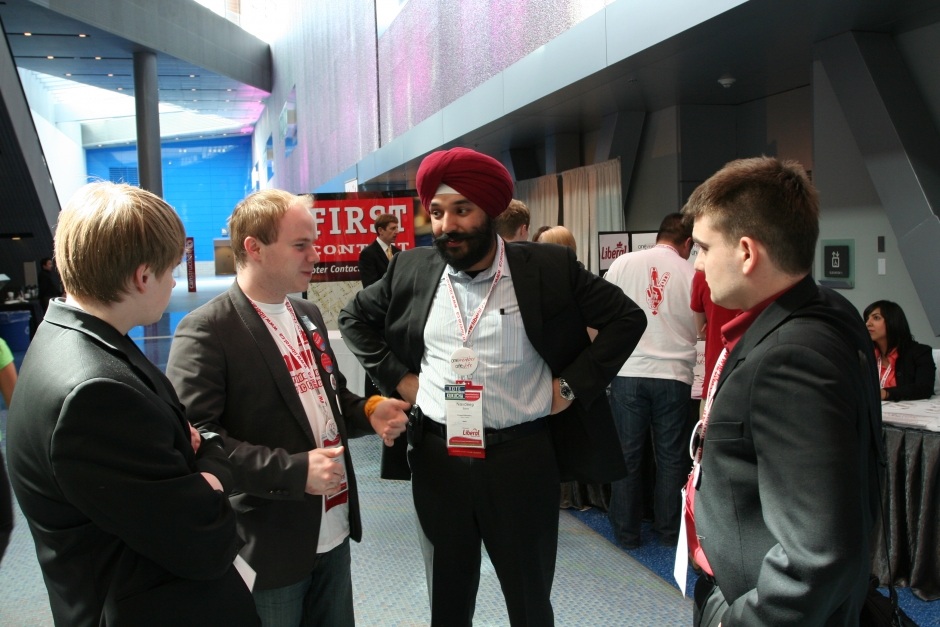 UPDATE: Over 53,799 members of the OpenMedia community sent emails to Minister Bains, calling on him to explain why the government sided with Big Telecom over Canadians. Now, with his replacement François-Philippe Champagne in office, we won't stop asking for accountability. Stay tuned to add your voice!

After years of empty promises, Innovation Minister Navdeep Bains has finally shown his true colours. He just sided with telecom giants to tank cheaper Internet in Canada – betraying more than 152,000 people who asked him to stand up for affordability and choice.

On August 15, the government announced that it thought the CRTC’s wholesale Internet rates were too cheap, and might “undermine investment” from telecom giants. It came as a response to Big Telecom’s petition asking cabinet to overturn the rates – plus over 200 side conversations with their lobbyists. And as predicted, his two-faced decision is already making Canada’s Internet more expensive.

How did we get here?
Last August, the CRTC found that large providers had been overcharging indie ISPs by as much as 77% for wholesale Internet access since 2016, and set lower rates accordingly. Many smaller ISPs – like TekSavvy and Start.ca – immediately passed those savings directly on to customers.

Those lower prices didn’t just benefit their subscribers – it put downward pressure on home Internet plan prices across the country, finally introducing desperately needed price competition to the market. As the Competition Bureau reported at the time, the wholesale access market was “fulfilling its promise” of increased choice and competition.

But now that Bains has put the CRTC’s wholesale rates in jeopardy, small providers have had no choice but to start bringing rates back up again.

This is the last thing Canada needs right now. Regular folks and small, independent providers are already on the ropes due to COVID-19. Internet users across the country have lost their jobs, and small ISPs are fighting for their lives at the Federal Court and CRTC. We need bold action to help Canadians and promote choice and affordability – not double-crossing to help line Big Telecom’s wallets.

Bains owes Canada an explanation for this completely two-faced decision. Since 2016, he’s promised that getting Canadians the affordable Internet enjoyed by other developed countries was at the very top of his list. Now it seems he’s finally picked his side, and it’s not affordability after all.

But Bains can do better than an explanation: he owes Canada action. His strategy has been to count on Big Telecom to invest in rural Canada – but it has just never worked. So if investment is actually his priority, and he really does care about getting Canada connected, then it’s time he and Minister Maryam Monsef finally release their own funding they’ve been promising, which has been missing in action for 17 months now.

In March 2019, the government claimed that it was going to achieve universal internet access in Canada by 2030. It promised $1.7 billion (of the $6 billion needed to connect Canada) for a Universal Broadband Fund that’s never seen the light of day.

After waiting so long for affordable, good-quality Internet, Bains’ betrayal with Saturday’s decision is a slap in the face. We need to speak up now and apply all the pressure we can to remind him his job is to ensure Canadians have their choice of fast and affordable Internet – not to protect Big Telecom’s profits. Will you send him an email demanding more affordable Internet?