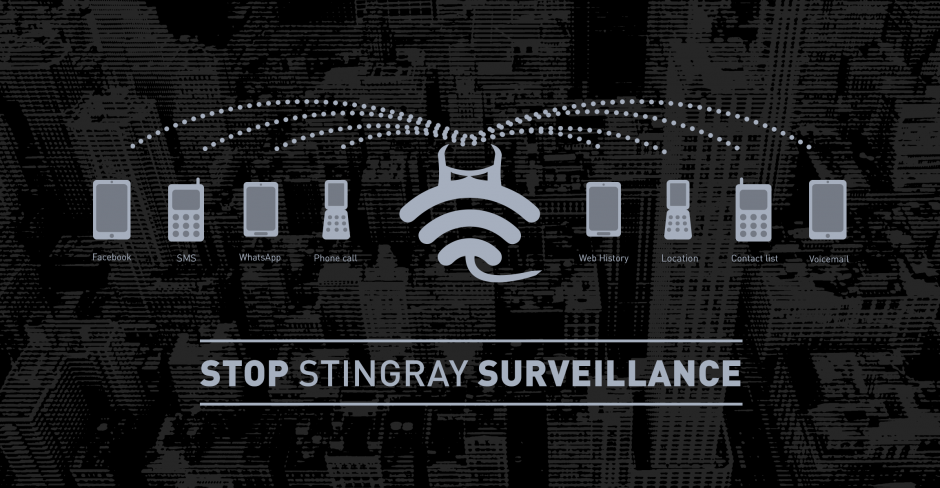 It’s no secret that OpenMedia is worried about the use of Stingrays.

Just weeks ago, we launched a new campaign to Stop Stingray Surveillance, and almost 30,000 people have already spoken up against invasive cell phone spying.

The campaign builds on our detailed policy intervention we filed last month with the B.C. Office of the Information and Privacy Commissioner, as a part of its investigation into the Vancouver Police Department’s failure to respond to access to information requests on the potential use of Stingrays.

Why did we file this complaint?

For some time, Canadians have been calling for answers from the RCMP and other police forces across Canada about the use of these invasive cell phone surveillance devices. Stingrays enable wholesale monitoring of our most intimate moments, and undermine our privacy and security.

We hope this investigation sheds light on the use of these devices, so that Canadians can have an open and transparent debate about whether their use can be justified in a democratic society. After all, police aren’t allowed to bug your living room and listen in on your conversations without a warrant. Why should they be allowed to do the same on your phone?

Our cell phones contain some of our most personal moments and details. That’s why Stingrays are such dangerous tools — they can be used to invade the privacy of tens of thousands of Canadians at a time. I’m not saying there’s never a time or place for them, but we can’t even begin to have that conversation until we know that they’re being used, or what those circumstances are.

We think it’s time to bring these secretive surveillance tools into the spotlight. We need a public conversation.

Still not sure what a Stingray is, or why should you care?

Stingrays (aka IMSI-catchers) mimic cell phone towers and are designed to collect information from every cell phone in a given area, including geo-location and content data. The devices are also capable of listening in on private phone conversations. People whose data is captured by a Stingray device receive no notification, and have no way of challenging the intrusion on their privacy. A number of police forces in the U.S., including the FBI and NYPD, have admitted to using Stingrays, but to date no Canadian police force has done so.

To learn more, check out our backgrounder: What the heck is a Stingray?

What can you do about it?

ACT NOW!Join the almost 30,000 concerned citizens who have already called for an end to Stingray surveillance at StopStingrays.org, a campaign launched by OpenMedia and over 30 other organizations around the world.