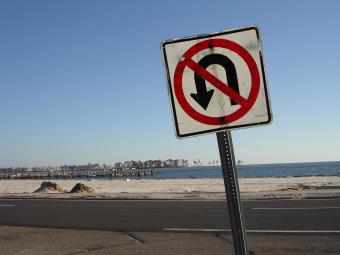 What does MEP Cavada want the future of copyright to look like?

At OpenMedia in our fight to protect the free and open Internet, we often come up against worthy adversaries. Sometimes they are elected representatives, sometimes they’re industry spokespeople, and sometimes they’re lobbyists. But as we work to move the world towards a more connected digital age, inevitably there will be those who resist.

So we weren’t surprised when we ran into an emerging opponent in our work to Save the Link. Recently we’ve been butting heads with Jean-Marie Cavada, a French Member of European Parliament (MEP) from the Alliance of Liberal Democrats for Europe. Cavada is the Vice Chair of the powerful Legal Affairs Committee, which will soon be voting on a copyright harmonization report written by German MEP Julia Reda.

‘Copyright harmonization?’ What’s that, you ask. Well, put simply, Reda’s report suggests many much-needed updates to the existing copyright regime in the European Union, striving to bring rules that were crafted for the days of newspapers and libraries into the the age of the Internet.

This report comes in advance of the European Copyright Review being undertaken this fall, and also strives to help design rules that will apply to the region as a whole, rather than continuing with the piecemeal solution of having vastly different regulations from country to country, creating confusion for both users and creators.

So where does Cavada come in?

Far from being a simple process, the ample time for other MEPs to suggest changes to the language in this report has been well taken advantage of. After the initial draft report was published, more than 500 amendments were suggested to the text, and it will be these amendments, as well as the updated report that sees a vote on Tuesday, June 16th.

More than 90 of those amendments were proposed by one man. You guessed it: Jean-Marie Cavada. So let’s take a look at some of his suggestions.

AM 401 - Sometimes a link is more than just a link

This is probably the most concerning amendment that we saw Cavada put forward. The draft report specifically acknowledges that “the ability to freely link from one resource to another is one of the fundamental building blocks of the internet; calls on the EU legislator to make it clear that reference to works by means of a hyperlink is not subject to exclusive rights.” To put that simply, linking is subject to copyright. This is a crucial point to highlight, and one of the central issues that the Save the Link network exists to combat. Without the right to freely link from one source to another online, the Web becomes a fragmented space, drained of the added richness that is enabled by greater interconnectedness.

So what does Cavada think of this? Well, he doesn’t argue with the fact that the hyperlink is critical to the structure and function of the Internet. However, he has proposed an amendment to the report that reads: “in certain cases, the link and the incorporation may be regarded as a communication to a new public and, by virtue of that very fact, constitute a breach of copyright.” Leaving us with no freedom to link.

Reda’s report stands firmly against allowing a regime of “statutory licences” sometimes called “ancillary copyright” which means a regime that would allow news publishers to charge websites a fee for using snippets of text that link out to that story. Here at OpenMedia, we call that a ‘link tax’.

This scheme is particularly harmful, and we know this because we’ve already seen it implemented in Germany–where many publishers backed off the fee as they would rather have their content appear more frequently–and in Spain, where we saw Google News completely shut downtheir operations rather than conform to this pay-per-link plan. Despite these failures, Austria is now looking at implementing a similar, perhaps even more restrictive regime.

The Reda report looks to stop this, and suggests prohibiting EU countries from putting these types of laws into place. And Cavada’s suggestion? Delete this provision entirely, and let the link tax proliferate.

Reda’s draft report acknowledges that “decisions on technical standards can have a significant impact on human rights – including the right to freedom of expression, protection of personal data and user security – as well as on access to content.” But Cavada doesn’t agree. He’s sponsored two amendments that would have this point removed from the report entirely.

AM126 - Internet intermediaries are killing creators

Cavada thinks that ‘Internet intermediaries’ - otherwise known as your favourite websites - are killing creators. That’s right. Facebook, Google, reddit, SoundCloud–the list goes on. That’s why he’s suggested this amendment: “having regard to the competitive advantage and growing power of a number of Internet intermediaries and to the negative impact of this situation on authors' creative potential and on the development of services offered by other distributors of creative works.”

Reda’s draft report was inspired by a EU public consultation on copyright rules with everyday Internet users. Instead of recognizing this unprecedented level of interest, Cavada would like to see it swept under the rug. That’s why he co-sponsored an amendment with other MEPs that removes mention of the “great interest from civil society with more than 9500 replies, 58.7 % of which came from end users” and suggests that this descriptive phrase is replaced with the nondescript “all relevant stakeholders.”

AM156 - Stop complaining: you’ve got more than enough content already

Cavada’s amendment takes that premise and turns it on its head, and “notes with interest the increased range of content that has been available to users lawfully since the implementation of Directive 2001/29/EC.” Basically saying: you’ve got more content than ever before, so stop complaining.

We could go on

But we won’t. With over 90 amendments proposed or co-sponsored by Cavada alone, it would take too many characters to examine all of them here. But if you’re extra keen, you can check out his full list of amendments here.

Suffice it to say, his suggestions are not in the best interest of Internet users–and two of them are directly attacking our right to link online. This is unacceptable.

But here’s where you come in: tell Cavada today that you, and Internet users like you right across the globe, expect protections for our right to link. And we’ll be watching closely, and intervening at the right moments to make sure we get them.