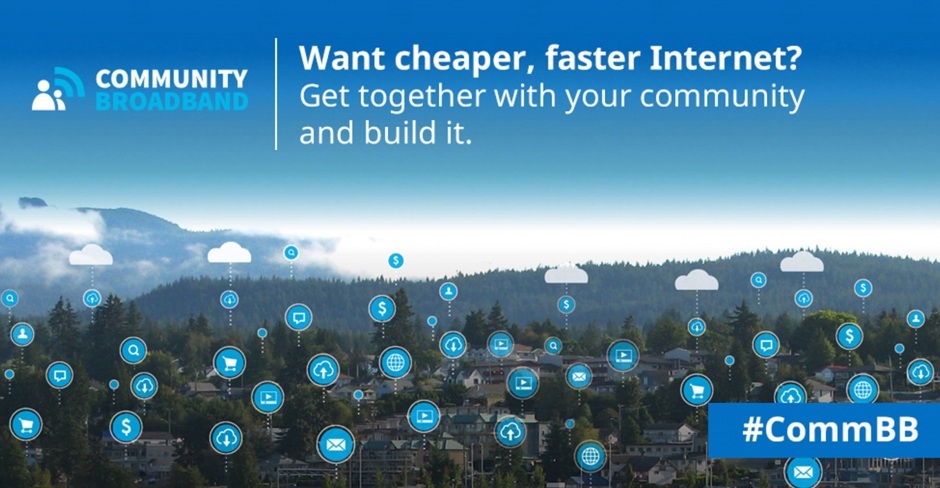 Canadians have been held hostage to expensive, middle of the road Internet service for too long. Let’s do something about it.

Imagine you had the fastest Internet in the country. Now imagine it cost hundreds of dollars less than your current connection. Pretty rad, right?

One Alberta community of 8,500 actually made that dream a reality.

How? They built it themselves. In 2013, Olds built their own broadband Internet network which offered gigabit speeds — making it the first “gig-town” in the county — and started at $57 a month. The best part is Olds isn’t even the only place to have done this.

Now we want to help communities replicate that success. After years of speaking to Canadians, researching and brainstorming, we’ve built a platform for Canadians to connect with their local elected officials, and each other, that also has a wealth of knowledge on where to start.

Email your elected officials now and ask them to bring community broadband to your town and get your community listed in our campaign for faster, cheaper Internet.

This can be our digital future. If we act together we can, and will, empower our own communities to stop Big Telecom’s gigabit rip-off once and for all.

We’ve said it before: Canadians pay some of the highest prices for both fixed and mobile Internet in the world. One in five Canadians can’t afford to have the web. And it’s getting worse. Less than a month after the Internet was named a basic service in Canada, our biggest telecom just announced another price hike.

I’m sick of quoting these stats. We need faster, cheaper Internet, and we need it now. Canadians rely on the web to work, to access health care, and to communicate with each other and the world.

Let’s start a mass movement for community-controlled broadband that is 100 per cent independent of Big Telecom’s control, and allows a much wider range of smaller providers to sell service to Canadians.

We’ve got the tools to help you and your community build their own broadband networks. And by doing so, you’re going to save hundreds of dollars per year, and get the fastest Internet possible.

By signing yourself and your community up, you’re taking the first step towards world-class, affordable Internet services for yourself, friends, and neighbours. How? By creating networks that are a fair, level playing-field for a wide range of indie providers to sell service.

And in the process, you’re going to kick the legs out from under the most powerful and entrenched interests in Canada.

Let’s empower our owncommunitiesto organize in distributed, local groups, and address the digital deficits their cities and towns face.

Our platform sets out a number of advantages of municipally-run broadband, including:

My hometown is Olds, and believe me, it’s small. If they can do it, your community can too. I can’t think of anything sweeter than Canadians owning their own Internet networks.

Take the time to email your elected community leaders now.