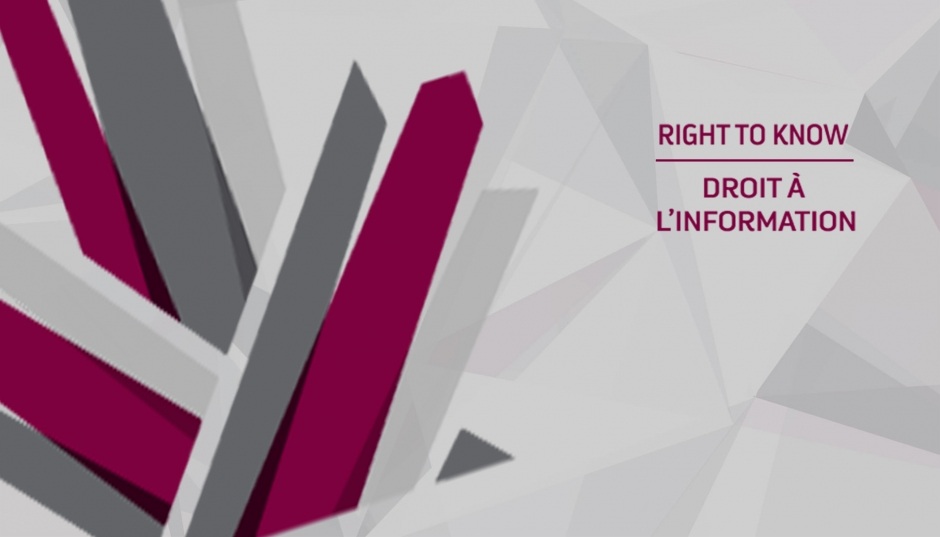 When it comes to accessing government records, access delayed is access denied. We explore one example that showcases how Canada's broken access to information system impacts our work.

This September Canada marked Right to Know Week, a time for raising awareness about our fundamental right of access to government information and its essential role in good governance and democracy.

You’ll often hear advocates for freedom of information say that “access delayed is access denied” because of the necessity of timely access to information, and in our experience this holds very true.

Canadian civil society organizations like OpenMedia rely on the timely access to government records in order to do our work. When this need is frustrated, the ability of civil society organizations to hold the government accountable becomes much more difficult, almost impossible. A ‘transparent’ report on government deliberations granted years after that decision-making occurred is of interest to historians, but can’t fulfill its vital function of holding our democracy to public account while it is functioning.

Let’s look at a concrete example from OpenMedia’s work. In 2021, the Department of Justice held a consultation about reforming Canada’s Privacy Act. Part of this consultation involved a survey for Canadians, asking us how we thought the Act should be reformed. Some of the questions appeared slightly leading, inviting a response that favoured specific reforms. In addition, some key questions were entirely absent.

In the interest of conducting a more fulsome and inclusive survey, we decided to create our own survey, which at the end of the day received more responses than the government one. We did this in order to provide contrast to the government survey, and we contributed the results of our survey to the official government consultation.

Doing work like this brings more people in Canada to the table as we think about how government departments and agencies should respect our privacy rights. This is often the essential work of civil society – to fill in the gaps left by government bureaucracy – and to elevate the voices of those who aren’t included in traditional processes.

In order to compare and contrast our survey results, OpenMedia submitted a request to the Department of Justice for the results of their survey through Canada’s Access to Information Act. While the results of the survey were clearly stored in an excel spreadsheet format, the formal response we eventually received provided the records in a non-machine readable format, as a flattened PDF that doesn’t even support a basic search function on the document. (You can view the release package here.)

This is transparency in name and obstinate refusal of the public’s right to know in practice. The usefulness of this document is entirely undone by the format by which it was given to us; there is no value in navigating a document that contains thousands of cells without the ability to sort and organize the data. Upon receiving the records in this useless format, we asked the analyst if they were able to provide the records in a machine readable, excel format. We were told that this was technically impossible.

In response, we filed a complaint with the Office of the Information Commissioner of Canada (OIC). Rather than re-submitting the request (because we were led to believe that it was impossible to receive the records in an excel format) we filed the complaint.

It took more than a year for the OIC to respond to the complaint. After they did, they reached out to Justice to see if they could generate the records in a machine readable, excel format. They were immediately able to do so. (You can view a copy of the email correspondence here, and download a copy of the survey data in excel format here.)

We asked Justice what changed in order for them to be able to generate the records in this format and they were unable to provide a satisfactory response. A year-and-a-half had gone by and Justice had suddenly been able to do something that they claimed was technically impossible, and we were curious about what had changed.

Technical compliance that in practice is stonewalling proved itself effective in this case, and is enabled by our current access to information laws. Without a satisfactory response, we’re led to believe that what changed is that the usefulness of the data had now passed. OpenMedia’s ability to organize this information and compare it against our survey results, to create valuable insights about the thoughts and feelings of Canadians towards public sector privacy reform, was sufficiently delayed. And remember: Access delayed is access denied.

Ultimately, the harm from these tactics fall on people in Canada. It impacts the rights and engagement in critical public decision-making of the more than 5,000 people in our community from every province and territory in this country who took the time to fill out our survey. And it affects everyone who would like to see greater transparency and accountability when it comes to how government departments and agencies address privacy.

Canada’s parliament will soon be conducting a study on our Access to Information system. We hope that this study includes an examination of how government departments and agencies provide records to requesters – including what format these files are provided in – and the timeline for responding to complaints by the regulator, the Office of the Information Commissioner.