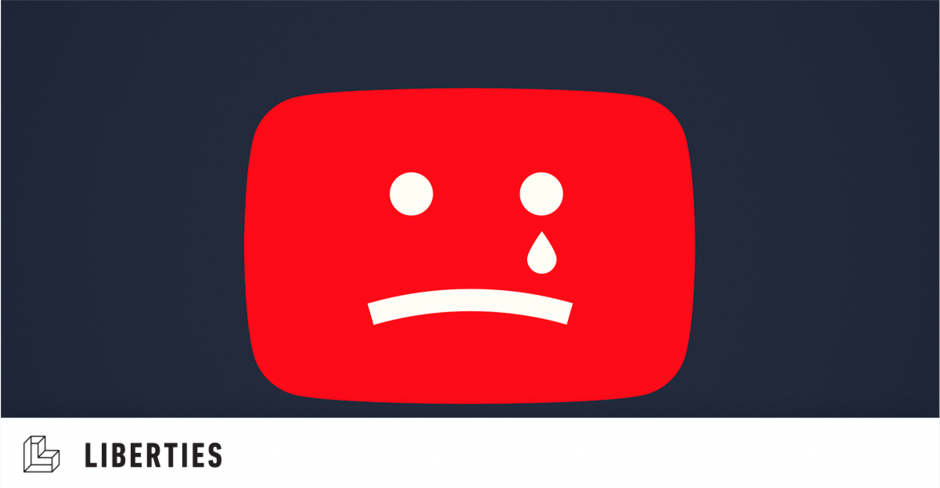 Human rights and civil liberties groups across Europe are united against proposals for mandatory filters on all user created content.

The open letter below has been signed by over 50 NGOs representing human rights and media freedom across Europe, organised by Liberties and EDRi.

The letter, directed to the European Commission President, the European Parliament and the European Council, asks all of these responsible bodies to delete the proposal for a censorship filter from the draft copyright law, that we’ve been campaigning on.

What is it about?

Censorship machines, or content filters, are rules which would require platforms to install algorithms and filters to to prevent us from using copyrighted materials in any user generated content. We’ve written about this, (Article 13 in the draft Copyright Directive) and how it amounts to bots being put in charge of our fundamental rights, over here.

The measures proposed are especially striking considering no such censorship filter has been imposed previously, even in the context of preventing terrorism and hate speech. The same approach, that considers what is reasonable and proportionate, that takes into account freedom of speech, must be used here.

Fundamental rights, justice and the rule of law are intrinsically linked and constitute core values on which the EU is founded. Any attempt to disregard these values undermines the mutual trust between member states required for the EU to function. Any such attempt would also undermine the commitments made by the European Union and national governments to their citizens.

Article 13 of the proposal on Copyright in the Digital Single Market include obligations on internet companies that would be impossible to respect without the imposition of excessive restrictions on citizens’ fundamental rights.

Article 13 introduces new obligations on internet service providers that share and store user-generated content, such as video or photo-sharing platforms or even creative writing websites, including obligations to filter uploads to their services. Article 13 appears to provoke such legal uncertainty that online services will have no other option than to monitor, filter and block EU citizens’ communications if they are to have any chance of staying in business.

Article 13 contradicts existing rules and the case law of the Court of Justice. The Directive of Electronic Commerce (2000/31/EC) regulates the liability for those internet companies that host content on behalf of their users. According to the existing rules, there is an obligation to remove any content that breaches copyright rules, once this has been notified to the provider.

Article 13 would force these companies to actively monitor their users‘ content, which contradicts the ‘no general obligation to monitor‘ rules in the Electronic Commerce Directive. The requirement to install a system for filtering electronic communications has twice been rejected by the Court of Justice, in the cases Scarlet Extended (C 70/10) and Netlog/Sabam (C 360/10). Therefore, a legislative provision that requires internet companies to install a filtering system would almost certainly be rejected by the Court of Justice because it would contravene the requirement that a fair balance be struck between the right to intellectual property on the one hand, and the freedom to conduct business and the right to freedom of expression, such as to receive or impart information, on the other.

In particular, the requirement to filter content in this way would violate the freedom of expression set out in Article 11 of the Charter of Fundamental Rights. If internet companies are required to apply filtering mechanisms in order to avoid possible liability, they will. This will lead to excessive filtering and deletion of content and limit the freedom to impart information on the one hand, and the freedom to receive information on the other.

If EU legislation conflicts with the Charter of Fundamental Rights, national constitutional courts are likely to be tempted to disapply it and we can expect such a rule to be annulled by the Court of Justice. This is what happened with the Data Retention Directive (2006/24/EC), when EU legislators ignored compatibility problems with the Charter of Fundamental Rights. In 2014, the Court of Justice declared the Data Retention Directive invalid because it violated the Charter.

Taking into consideration these arguments, we ask the relevant policy-makers to delete Article 13.

Association for Technology and Internet (ApTI)

Association of the Defence of Human Rights in Romania (APADOR)

Freedom of the Press Foundation

The Right to Know Coalition of Nova Scotia (RTKNS)

CC: Permanent and Deputy Permanent Representatives of the Members States to the EU

CC: Chairs of the JURI and LIBE Committees in the European Parliament

CC: Shadow Rapporteurs and MEPs in the JURI and LIBE Committees in the European Parliament

CC: Secretariats of the JURI and LIBE Committees in the European Parliament

CC: Secretariat of the Council Working on Competition