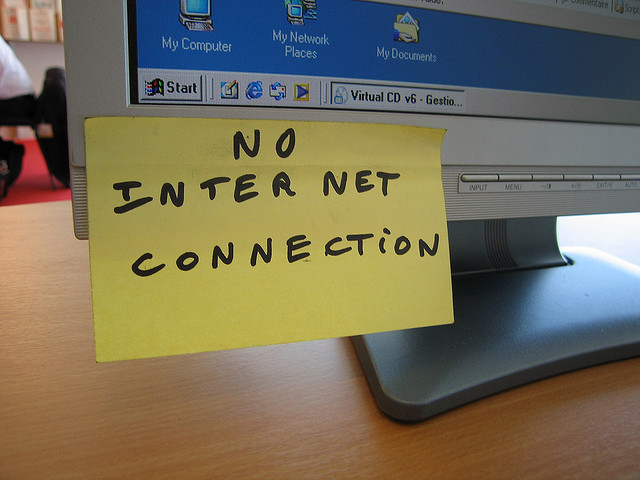 Only 24 hours left to demand faster, cheaper Internet for all Canadians

Only 24 Hours Remain We have less than 24 hours to tell decision-makers at the Canadian Radio-Television and Telecommunications Commission (CRTC) to stop Big Telecom’s plan to keep us locked into some of the slowest, most expensive Internet services in the industrialized world. There’s never been a better time to demand that the government hit the “reset button” on Canada’s lacklustre digital strategy.

Let me be clear about one thing: this is nothing short of a historic opportunity to push Canada’s Internet into the 21st century. If we’re successful, we can guarantee affordable, world-class Internet services for all Canadians.

But we have to move quickly: the submission deadline closes on Tuesday July 14 at 5pm PT / 8pm ET. There are two ways you can speak out right now:

No matter which option you choose - and we urge you to choose both! - we’ll make sure the government hears your call in this rapidly approaching crucial hearing. But you have to act now to make sure the CRTC listens to us, and not Big Telecom’s army of lawyers.

We Can’t Afford to Stand Idle

We’re already way behind our international peers. Our broadband targets are 5 Mbps download and 1 Mbps upload for 95% of the population by 2019. Compare this to our neighbours to the south, the United States, who just revised their targets to 25 Mbps download and 3 Mbps upload. Or Australia, which set a national ‘near term target’ of 12 Mbps in 2014 and a medium term target of 100 Mbps by 2016 - that’s over 20 times Canada’s target.

Compared to these countries, the government’s strategy looks pretty weak.

Even more important, we can make sure that those services are not only delivered by Canada’s arrogant telecom oligopoly, who currently control over 90% of our wired and mobile Internet markets. Instead, we can demand that the government prioritize special opportunities for independent ISPs (i.e., outside Big Telecom), municipal broadband providers, community access programs and other non-profit service providers to deliver services to Canadians.

In fact, in many remote, rural, Northern, and Indigenous regions, non-profit organizations are already providing broadband services to local communities, such as in Olds, Alberta. New funding mechanisms could help these groups set up and manage broadband services in ways that generate local employment and innovation. You can learn more about this type of work by checking out the First Mile project.

You might be wondering why non-traditional ISPs like this have to exist. The simple answer? Because Big Telecom options were price-gouging different regions around the country so bad that they had no choice. As community member Sharon Smith told us on our Facebook page:

“I am paying $75 per month just for internet that is 5MBPS download speed and 1 MBPS upload. My security cams are not working the best because the upload speed ain't fast enough. If I go on their faster plan and pay more, the upload speed is still 1MBPS. I live in a rural area and Telus refuses to bring ADSL to my area and want to suck me dry feeding me a wireless stick at $100 per month for 15 GB data so I went to satellite but its so slow. They are all ripping us off compared to other countries.”

In fact, in the latter case, the situation was so bad that the CRTC recently had to force Big Telecom-owned Northwestel to drop their prices by 10-35% when servicing small communities in the Yukon and Northwest Territories.

If this is how Canada’s Big Telecom providers are going to behave, and they show no sign of changing, then we need to do what we can to create alternatives that ensure all Canadians have access to indie providers outside these vertically-integrated giants.

In addition to ensuring we have world-class wired Internet services, we also really need to step it up on our mobile Internet services. As we’ve argued definitively elsewhere, when it comes to mobile phone adoption, Canada is dead last amongst OECD countries. Per 100 inhabitants, we have the lowest mobile phone usage.

The biggest contributor to this is high prices. A brand new government report officially confirmed that, once again, we are paying some of the highest prices in the industrialized world for mobile phone services. In fact, the situation is so bad, that a new black market has arisen to get people better deals. Isn’t that crazy?

Faster, cheaper mobile Internet services has to be counted as “universal service” in a world where we imagine cars will drive themselves, your own personal drone retrieves groceries and packages for you, and businesses and government agencies of all types deploy new technologies to make our world a better place, whether that’s fighting forest fires or enabling commerce on the go. At the end of the day, all of these services are going to require fast, affordable Internet connections to keep our world moving. And we don’t want to get left further behind.

The CRTC is only accepting public comments for the next 24 hours. In the meantime, I’ll be hard at work here in our office compiling the over 25,000 submissions that we’ve already gathered for this historic hearing.

An army of telecom lobbyists, lawyers, and PR shills is about to meet a movement of engaged citizens - but we need more momentum to show the CRTC we want them to stand up to Big Telecom.

Let’s make it to 30,000 comments before it’s too late. The submission deadline closes on July 14 at 5pm PT / 8pm ET. You have 24 hours to sign our petition, send a unique comment, and tell as many people as possible on Facebook and Twitter. We’re counting on you to spread the word. And thanks for being the biggest part of this campaign so far.