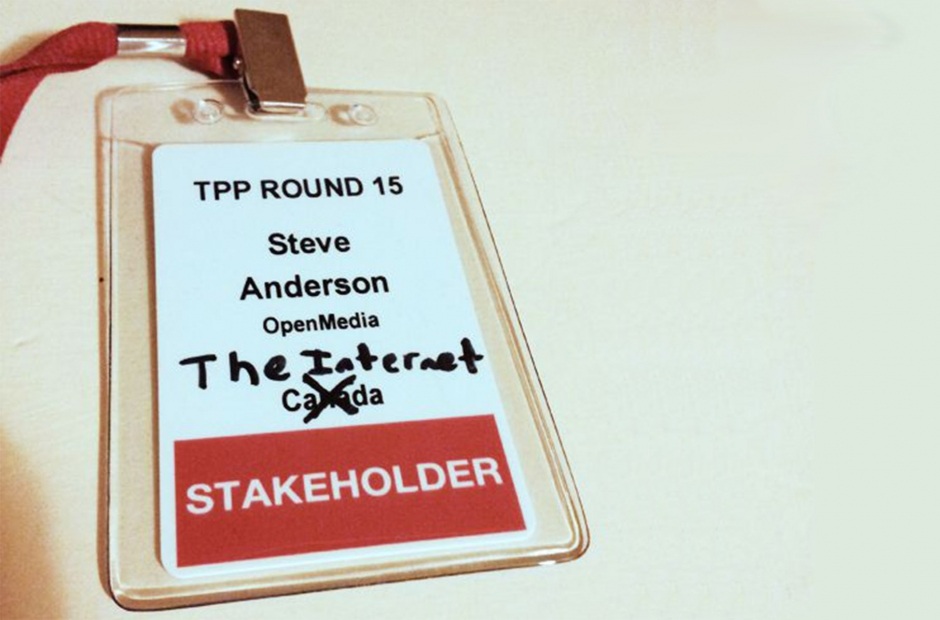 Letter to the community: How OpenMedia is changing to face the challenges (and opportunities) of 2016

Ever wondered how OpenMedia got started? Our founder Steve Anderson looks back at our roots, and provides an important update on how our team is changing to meet the challenges ahead.

I was sitting in a staff meeting recently when it suddenly hit me. Wow, Openmedia actually has a staff. In 3 different cities. And they’re all amazing.

Sounds silly I know, but I started OpenMedia out of the corner of my tiny apartment eight years ago, and that didn't seem seem likely then.

The beginning of OpenMedia was really an email list of friends and family I used to share insightful information I found online. I’m sure many of you have similar personal mailing lists.

I believed that the open Internet held the possibility for a more participatory, collaborative, and connected world — and I wanted to share that with anyone who would listen. Over time my mailing list grew into a newsletter and amateur news website.

The website and newsletter didn’t exactly take the world by storm. For what felt like an eternity I struggled to keep it going while I worked a range of odd jobs to stay afloat — from landscaping, to writing setup guides for software, to economic and business analysis contracts at some of the most boring software companies imaginable.

Then something strange happened -- my website started getting some serious traffic and some news producers wanted to invest in my content.

But right when things were looking up for my plucky little project I found out that giant telecom companies in the U.S. were about to gut Net Neutrality rules, relegating my website into an Internet slow lane. I decided that I had to help fight back so I created a very bad PSA video to raise awareness and it somehow went viral. Thanks to Matt Thompson and FreePress I had the opportunity to contribute to much better videos and learn a lot about online campaigns.

While we won that battle, I soon realized that telecom companies in my home country of Canada would try to take control of the Internet as well, and that we didn’t have our own digital rights organization to lead the fightback like FreePress did in the U.S.

Sure enough, Bell Canada began to slow down certain web services and I worked with many early supporters across Canada to build OpenMedia’s first major campaign. With very few resources, the campaign’s prospects initially looked bleak, but to my surprise thousands of Canadians and even one of the original architects of the Internet joined our campaign. In the end, we successfully convinced regulators to develop one of the strongest sets of Net Neutrality rules in the world.

Since then, our little OpenMedia team has led the largest online campaign in Canadian history, helped stop dangerous surveillance laws, and responded to the needs of our community by expanding to take on the most pressing threats to our digital rights around the world, crowdsourcing solutions, and sometimes contributing to historic wins. So from that simple mailing list made up of friends and family I’ve found myself facilitating what is now likely the largest online community of digital rights advocates in the world. What a ride!

Eight years on now what?

While much has changed since I started OpenMedia, some things remain constant. We’re faced with increasingly turbulent times — but to me that means it’s more important than ever that decisions simply must be based on the lived experience of those most affected, not out-of-touch lobbyists and bureaucrats. Otherwise free expression, access to knowledge, and so much more in our world won’t stand a chance.

The critical need to overcome the democratic deficit we find ourselves in is why we at OpenMedia try to embrace open collaboration and broad participation both externally and in our internal operations. We’re best able to advocate for systemic change by embracing these principles ourselves.

That means being nimble and open to change and I’m happy to announce a whole whack of that below!

This organization has always felt more like an evolving organism than an NGO and the evolution continues:

Firstly, I’m transitioning to a new role as Senior Strategist: Since founding OpenMedia, I’ve served as our Executive Director, striving to put my energy into whatever I felt the organization, team, and community needed most. Considering the depth and knowledge of the team, I feel that OpenMedia is asking something different of me now, and is also in a place where I can begin to prioritize where I personally want to put my energy.

With the full support of our team, board and many advisors, I’ve decided to change my role from Executive Director, to a new role as Senior Strategist and Internet Governance Analyst. This will give me the chance to focus on OpenMedia’s high-level strategy, policy focus, long-term planning, and vision.

I’m really happy that our team has reached a level where I can comfortably step up into my key areas of strength and passion. We’ve never had a team member dedicated exclusively to these areas before, and I’m really excited about the potential to maximize our strategic impact over the year ahead.

Secondly, Alexa Pitoulis is stepping up as our Interim Executive Director for the next 6 months: At the end of the day, I’m just a digital rights advocate and OpenMedia’s growth, operational complexity, and increasing importance in Internet governance deserves professional management support. Choosing a new Executive Director is a crucial decision for our organization — we want to really take our time and ensure we get it right. We've just posted a job description for the ED position (apply here!), and we intend to have a permanent ED in place by July.

Thankfully, OpenMedia now has no shortage of management expertise on our team —  we’re definitely a leaderful organization! Over the interim period, Alexa Pitoulis (our current Managing Director) is stepping up to take on the role of Interim Executive Director, responsible for the day-to-day operational leadership of our team over the next 6 months.

I’m grateful to Alexa for taking on this expanded role, and I have no doubt she’ll do an incredible job. Alexa first joined OpenMedia in 2014, bringing over 15 years experience leading teams and projects for government and community organizations. Alexa’s deep commitment to authentic participatory engagement, collaboration, and a warm team culture has already had a profound positive impact on how OpenMedia operates.

Having worked with Alexa closely for a number of years, I know our organization will be in the best of hands under Alexa’s leadership over the months to come.

Thirdly, Josh Tabish is now our new Campaigns Director: Josh is a familiar name to anyone who’s been following OpenMedia’s campaigns work over recent years — as Campaigns Manager, he’s been at the heart of pretty much all our campaigns, most famously traveling to the White House to help convince key Obama administration officials to defend Net Neutrality.

I’ve known Josh for years as a smart, passionate, and effective advocate for our digital rights, and I know of nobody better placed to spearhead our campaigns development in the crucial work to come. Josh has a unique combination of policy knowledge, excellent project management skills, effective stakeholder engagement abilities, and unparalleled campaign instincts.

I say this about pretty much everyone who works at OpenMedia right now, but with this mix of attributes Josh is truly a bit of a unicorn. As Campaigns Director, Josh will play the lead role in our campaigns work across all our policy areas (privacy, access, and free expression) going forward. Lastly, our team is nothing short of awesome. With significant growth come adjustments in all areas of the organization. I am grateful and proud of how every single OpenMedia team and board member has engaged and continues to step up during this evolution. Many have taken on expanded roles and we are all working to settle into new team structures that we will tell you more about in the coming months. This also means we are hiring for a number of roles - spread the word, or better yet join us!

With the above evolution and much else that is too lengthy for this space, I’m excited to see how much impact our expanded team will have over the coming years.

Today it’s clear that organizations like OpenMedia are needed more than ever. Left unchallenged, government and outdated business bureaucracies will turn the Internet from a tool that can be used to break down barriers, to a tool to censor, spy, and control from the top. Decisions made in the coming years will shape free expression online and indeed the basic tenets of a free society and what makes us human.

We’re facing these challenges because industrial-era hierarchies have in many cases captured our decision-making processes, eroding the already insufficient space for real democratic governance.

That’s why at OpenMedia we do our best to model a more crowdsourced and participatory form of decision-making.  We can’t just say no when hierarchies try to turn technology into a means of top-down control. We also have to embrace a new, more collaborative mode of operation and articulate our own crowdsourced positive vision.

Despite persistent messages encouraging cynicism and learned hopelessness, it’s important to remind ourselves that the open Internet lowers the transaction costs of collaboration making the world more malleable than before; that we in fact have a right to participate in decisions that affect our daily lives.

I’m proud of everything OpenMedia has achieved so far in our short existence, and it feels like we’re just getting started. With our evolving structure I’m more hopeful than ever that we will rally the Internet community, crowdsource policy solutions, and amplify our voices when it matters most.

It’s always been a pleasure to work with what I believe to be one of the best campaign teams in the world, but I’m feeling especially grateful and excited right now.

Thank you to everyone who has been part of this experiment in civic engagement over the years.

P.S. Don’t miss a moment of the action by following us on our lively Facebook and Twitter feeds, and by checking in regularly with our all-new website.