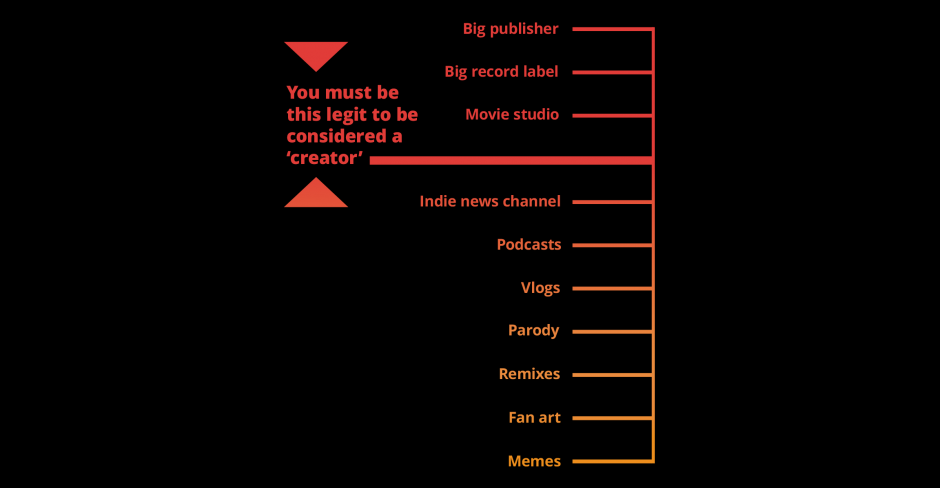 Help our censorship impact research AND speak to your MEPs

Help us research who will be hurt by the plans for a link tax and mass content filtering to make a difference in stopping censorship.

Prof. Dr. Thomas Höppner, when speaking in favour of what we call the link tax, referred to the new type of copyright as a “prohibition right”. A right designed to stop people linking.

Similarly, Axel Voss MEP, who has huge influence on the law, said that in his vision, “Only the work of non-professional journalists would still be shared through search engines.”

They would both prefer it if no news could be found on search engines, via proposals which would apply licensing fees to tiny extracts of news stories.

The proposed law that would introduce these rules amounts to Internet censorship, and has been called one of the worst copyright laws in the world. It also contains demands for online monitoring of our behaviour “just in case” we infringe copyright, via content filtering mechanisms.

Key MEPs are about to vote on how parliament as a whole should view these rules. So we’re giving a big push to make them understand just how much is at risk with the proposal in the Copyright in the Digital Single Market Directive.

That’s why we’re doing our own research to show how bad this would be. We want to hear  from people in all the many different professions that will be impacted by either, or both, of these proposals.

These roles will all be impacted in some way by these new copyright restrictions. Does this sound like you?

These are the stories we’ve heard, but we can’t tell you your job. What have we missed out? Let us know how restrictions on sharing hyperlinks, and mandatory content filtering will impact you.

If the committee see how widespread the opposition is, they will vote against Articles 11 and 13.  We will show that there is a diverse coalition of groups against the link tax, who are well-informed and directly impacted by these rules.