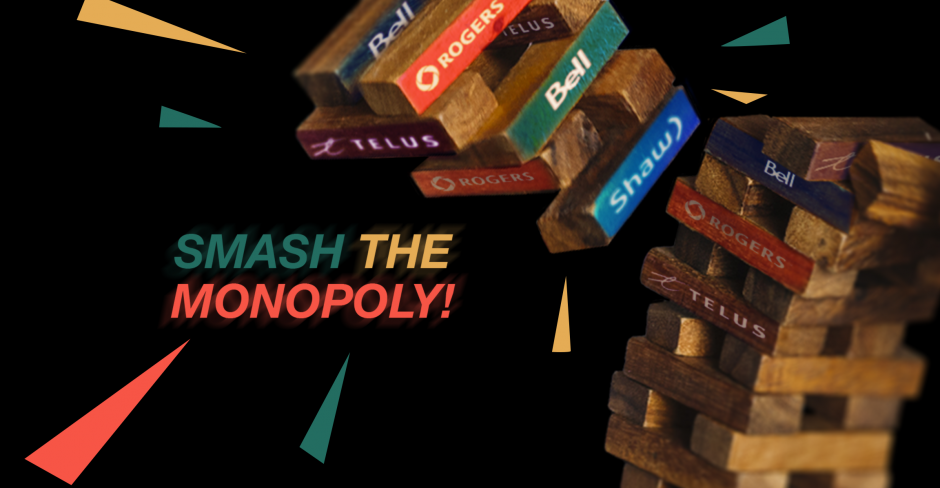 CIVIL SOCIETY JOINT STATEMENT: 28,000 voices warn—Innovation Minister Champagne is on the hook to curb telecom monopolies after the Rogers outage

OpenMedia and Leadnow call on Minister François-Philippe Champagne to end Canada’s telecom monopolies and guarantee affordable and reliable high-speed Internet for everyone in Canada.

As concerned civil society organizations in Canada, Leadnow and OpenMedia are writing to urge Minister François-Philippe Champagne to explore all options to cut Canada’s telecom monopolies down to size.

The comprehensive breakdown of Rogers networks on July 8th exposed just how fragile Canada's internet infrastructure has become. Rather than a local collapse of one section of our Internet, 11 million customers lost wired and wireless service and more. Across the country commerce crashed as stores could not process credit cards, and Interac e-transfers could not be delivered. Some places even lost 911 services. The breadth of this disaster made one thing abundantly clear: our country will no longer tolerate the private telecoms monopoly that functions without public accountability or oversight.

Our government has favoured the growth of Big Telecom’s monopoly power for years; a dangerously centralized, privatized system has made it immensely profitable for Rogers to build risky integrated systems where the whole house of cards — cell phone networks, home Internet, and everything else — falls when something goes wrong.

It’s why fellow telecom giant Bell can crush smaller providers, jack up prices, and leave regular people holding the bag, as it did after Canada’s last major telecom buyout in Manitoba in 2017. It is why Big Telecom has been allowed to pay out millions in public COVID-relief dollars to shareholders while laying off employees — and suffer zero consequences. And it is why Big Telecom seems to consistently make the rules at the CRTC, holding hundreds of private lobbying meetings with officials while forcing us to pay some of the highest prices for Internet and cell phone services on the planet.

July’s Rogers outage must be a turning point for Canada. People from coast to coast are waking up to how rigged our telecom system has become, functioning primarily to benefit Rogers, Telus, and Bell at the expense of ordinary Canadians. As Minister of Innovation, Science and Industry — elected by the people, not these companies — you bear full responsibility for what comes next.

Leadnow and OpenMedia have gathered over 28,000 total petition signatures — and climbing — from our communities on this issue. These concerned people in Canada call on you to fully explore all of the options on the table to promptly and sustainably reduce the size and market power of Big Telecom, and bolster competition, choice, network resiliency, and affordability for all. Every solution must be considered, from the government stepping in to provide universal public Internet, to structural separation of vertically-integrated Big Telecom companies, to banning competition-reducing buyouts by dominant Big Telecom companies moving forward. A minimum first step to keep our oligopoly situation from getting even worse is to  utilize your power as Innovation Minister to fully block the Rogers and Shaw merger.

Together, we urge you to end the era of telecom monopolies in Canada, Minister Champagne. As an elected official who serves Canadians first and foremost, it is your responsibility to do everything you can to stand up for affordable, fast, resilient, and accessible networks for everyone in Canada, optimized for us, not the giants that profit off us.