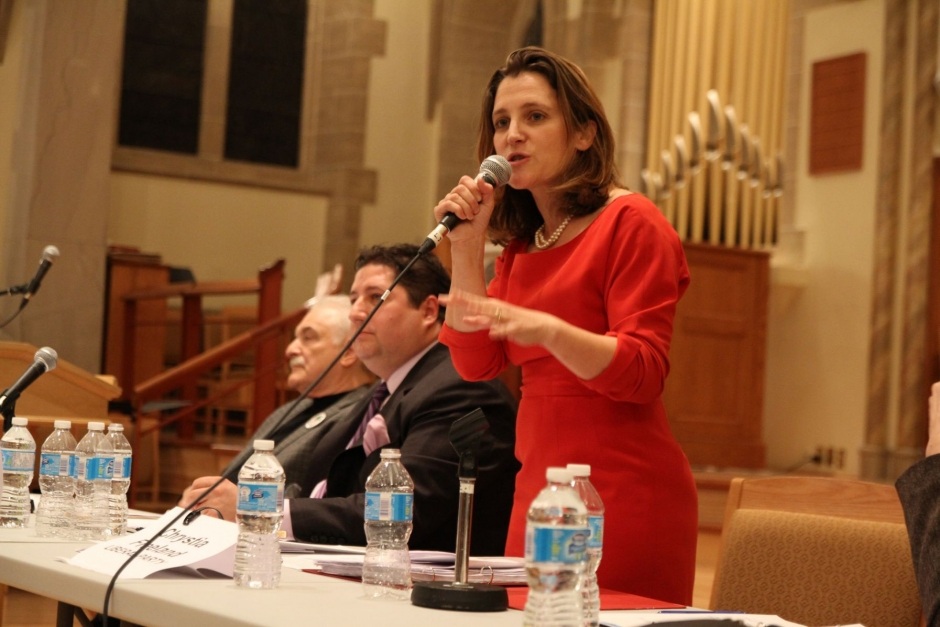 11 organizations urge the federal government to release over 45,000 NAFTA public consultation submissions and fulfil its promises of transparency.

Today, OpenMedia and 10 other civil society organizations are requesting  Minister of Global Affairs Chrystia Freeland proactively release the over 46,400 submissions received as part of the government’s NAFTA public consultation, in advance of any agreements being reached between negotiating countries.

The current negotiating text and government’s negotiation priorities are unavailable to the public. Additionally, there has been limited opportunities for civil society participation in the negotiation rounds. Therefore, Canadians have yet to see whether the government is acting on behalf of their best interests.

Canadians can no longer remain in the dark about an agreement that will have monumental implications on various aspects of their daily lives. Over 45,000 Canadians have taken part in the consultation, but the government has provided no transparency around what Canadians are saying, or how it intends to listen and ensure our voices are heard. It’s time for citizens to have access to the consultation results, and hold the government accountable.

Releasing the results will enable Canadians to assess whether the government is listening and planning to act on the consultation results, rather than merely using the consultation as a public relations exercise. Canadians need assurance that their voices are being heard and incorporated to shape the new NAFTA before any agreement is reached.

The government has already set a precedent for proactively releasing consultation results, as both Canadian Heritage and Public Safety Canada made the results of their recent consultations available to the public. Signatories of today’s letter hope to see Global Affairs do the same with the NAFTA public consultation and thus, demonstrate legitimate commitment to transparency and open government initiatives.

Canadians interested in adding their voices to the consultation can join the over 18,000 people who have already participated using OpenMedia’s tool at https://act.openmedia.org/NAFTA

See the full letter including full list of signatories below: