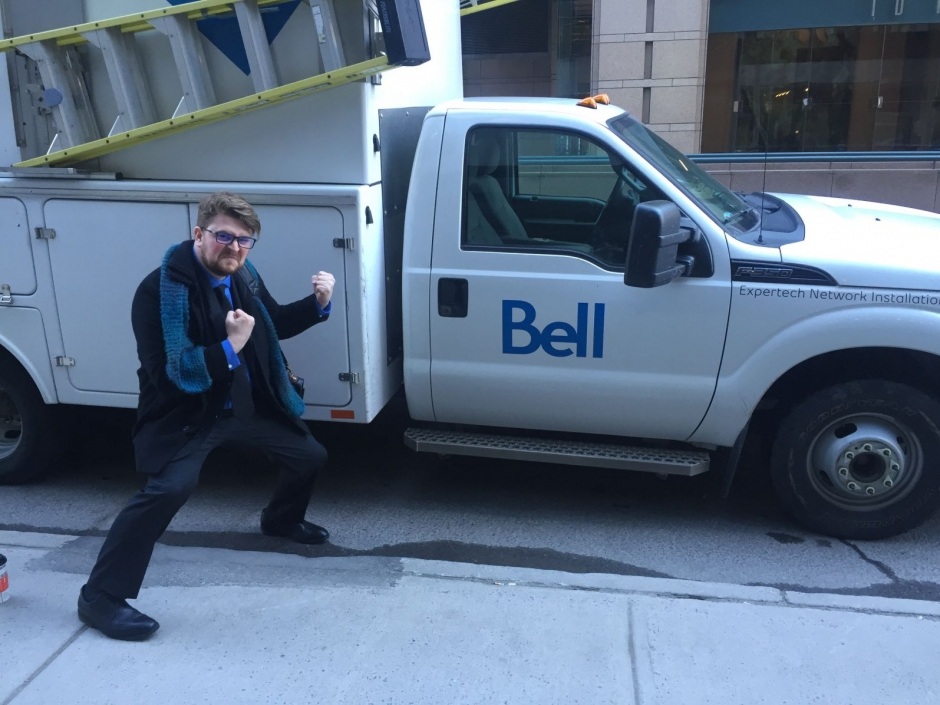 The future for affordable, high-speed internet in Canada just got a little bit more promising.

Yesterday, federal Innovation Minister Navdeep Bains made the new government’s first tough policy decision around telecommunications — that they would reject Bell Canada’s (BCE Inc.) attempt to maintain a monopoly over ultra-fast fibre-optic networks to the home (or FTTH/FTTP, in nerd-speak).

This win was no small feat, and happened in large part because of your support for OpenMedia. You banded together, signed petitions, donated, wrote to your elected officials, and made your voice heard. Now your fellow Canadians will reap the rewards by having affordable access to next-generation, affordable, fibre internet.

Bell’s appeal focussed on a landmark ruling last July by the Canadian Radio-television and Telecommunications Commission (CRTC), which solidified the right for smaller providers to have access to Bell’s network. In effect, this decision broke up what Bell was hoping would be a monopoly on fibre, widely recognized as the future of the internet.

Then, the day after Canadians voted the Liberals into federal office, Bell attempted to play politics with your future internet bills — barely was the ink dry on the results before Bell launched its appeal to the new government. But, after many months of tireless campaigning, Canadians beat back that challenge.

ICYMI, here’s a brief history of what we did together to stop the Internet Emergency after Bell launched their appeal to the federal government.

And we’d be remiss not to mention the hard work of our allies in this fight. Over the course of this campaign, a network of allies emerged. Our good friends at the Public Interest Advocacy Centre (representing a broad-based coalition of diverse organizations, called the “Consumer Choice Coalition”), Alberta’s Cybera, Vaxination Informatique, Reza Rajabiun and professor Catherine Middleton of Ryerson University, and many, many others, all submitted expert, thoughtful comments on why Bell’s appeal was bad news for present and future Canadian Internet users. Bains’ rejection of Bell’s appeal would have never happened without their formal comments, insight and hard work.

In this country, a small handful of deeply entrenched telecom companies control over 90 per cent of the market for residential internet and wireless services. As a result, we pay some of the highest prices in the industrialized world for “middle of the road” services (see Figure 1 and Figure 2 in our recent submission to the CRTC).

But this is a landmark win for us — let’s remember the power of combined voices as we take on our next challenge.

We must remain vigilant. We must continue to build a citizen-driven movement whose voice and reach can counter the lobbying muscle of Canada's Big Telecom — muscles that are used in equal measure to squash attempts to lessen their dominance and disempower Canadians from participating in our economy and our democracy.

And together, we will.