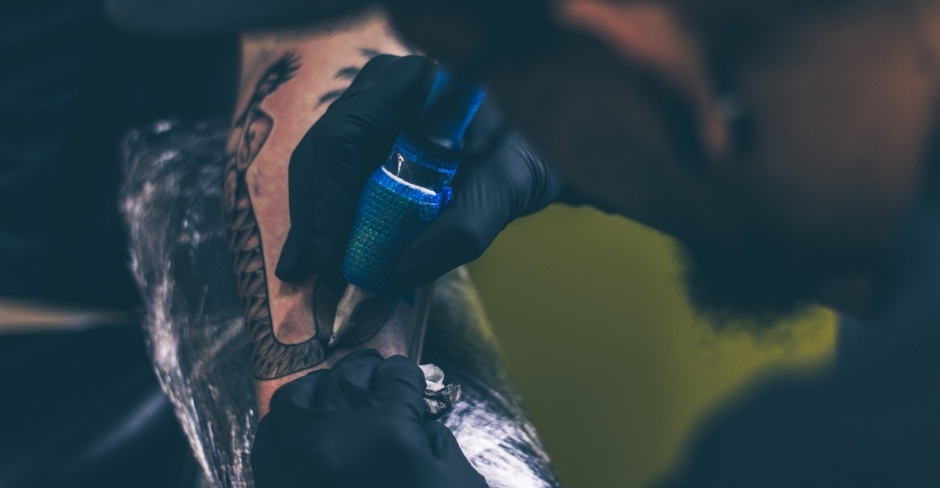 Who owns your tattoos? Copyright issues are all around us.

Ever wondered who owns the copyright to your tattoos?

This article by our Marianela Ramos Capelo was originally published by Rabble magazine.

While copyright may sound like a stale and legalese-filled concept, copyright and intellectual property issues touch everything around us. The closest we get to hearing about it in the mainstream media is in the context of piracy -- now in decline thanks to paid services like Netflix or Spotify that make it easier to access content legally.  But have you ever thought about how nearly every logo, piece of design (yes, including your tattoos), song, and movie has been or is currently under someone else's copyright?

The idea of copyright itself is a few centuries old, when the question of who "owned" an idea and thus the right to profit from it emerged. Copyright was implemented as a way to make sure creators and innovators were properly rewarded for their work. It was also given reasonable limits however, because it was understood that innovators do not create in a vacuum. New creative works always feed from and react to culture -- and as such, after a certain amount of time (or "copyright terms") all copyrighted work goes into the public domain for the next generation to use and innovate upon.

In Canada, our copyright rules are regulated by the Copyright Act of Canada, which hasn't been reviewed or updated since 2012. But now, the government is revisiting our rules, and what they should look like in our digital world -- making this a very big deal. Lobbyists are always eager to tilt the rules in their favour, and it will take an earnest en masse effort from civil society to ensure Canada's copyright landscape remains fair and healthy enough to foster the environment of innovation we need. If you wish to learn more and speak up, OpenMedia has made it easy to submit an informed brief to the Parliamentary Standing Committee on Industry, Science and Technology (INDU) at LetsTalkCopyright.ca.

Now, to answer the question in the headline: Who owns your tattoos? Well, the answer is a bit complicated. The copyright of the tattoo design is, in theory, property of the person who originally designed it -- be that the tattoo artist, another illustrator, or the client themselves. The body of the person upon which the tattoo is made is only considered a "tangible medium" (like a canvas). Needless to say, the intersection of IP ownership and human bodies is not the same as IP ownership and a canvas. For instance, in the United States, there have been lawsuits against video game companiesfrom the tattoo design "copyright-holders" (note: not the tattoo artist nor the players) for including the tattoos an NBA player has on their NBA character in a video game. Does this seem excessive? Perhaps. But it is legal in the States.

This is why speaking up here in Canada is so important, while we have the opportunity of this crucial consultation.

Make sure you make your voice heard. And if you want to learn more about copyright, follow @OpenMediaOrg, as we will be publishing interesting facts about copyright in the days to come.