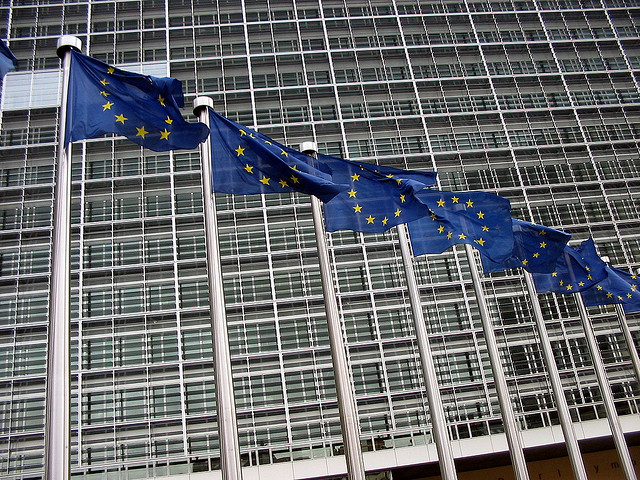 Two weeks ago we celebrated a win at the European Parliament, where members of a powerful committee tasked with making decisions about how we share and collaborate online rejected proposals that would restrict our right to link. Seeing the pro-Internet community stand up and take action together is always reaffirming–and in today’s global political climate where important decisions like this are often taken behind closed doors, a healthy level of engagement is something to celebrate in and of itself.

But we told you anti-Internet forces led by Europe’s publishing lobby would be back for more, and as we move into the final round, here they are, waiting to ambush us and open the door to an EU-wide ‘link tax.’

This plan has lots of terrible consequences, including: harming your access to information, restricting freedom of expression online, killing potential new tech startups, and bringing us closer to a Web where we’re every link is monetized. No, thanks.

In the last round

Julia Reda–you may remember her, she’s the German MEP who drafted the copyright report we’ve been anxiously watching wind its way through EU Parliament–is about to see her the final stage of the adoption process play out in front of more than 800 voting members of Plenary.

They will evaluate her plan to make information and culture accessible online in an effort to update the lumbering and outdated rules we have that govern where we go and what we do online.

We originally asked you to take action on this fight because there are powerful anti-Internet groups who are looking to limit where you go online, and impose new rules and expensive fees for using the web. And you spoke out in huge numbers: over 65,000 Internet users from across the globe told decision-makers that we expect better for our digital future.

Let’s take a step back for a second. First we had Cavada–a French MEP who proposed dozens of terrible amendments to Reda’s report. But today we have a brand new coalition of anti-Internet forces pushing for the ‘link tax’ to protect out-dated business models.

Even right now, these anti-Internet forces are fighting to take away your right to freely take outdoor photos and share them (AKA: the so-called “right to panorama”). Because every use of every picture has to be authorized and approved, right?

These nefarious forces, we recently found out, have also tabled an amendment that encourages the implementation of the ‘link tax’, known by many equally obscure names including ‘ancillary copyright’, or more recently ‘statutory remuneration’.

Essentially it means that press publishers can demand fees for using snippets to link to news articles–and that means that many of your favourite services could soon be saddled with an unfair tax on linking.

In addition to harming your access to information, this rule makes a clear step towards violating the basic right to link, and charging, not for copyrighted content, but for a signpost pointing you in the direction of this content. In many cases, the links that publishers would charge aggregators for are freely available elsewhere.

Upcoming on July 9th, over 800 representatives of European Parliament will vote to adopt a report seeking to drag our copyright rules–kicking and screaming–into the 21st Century.

But they need to hear from Internet users like you first, to ensure them that rejecting the sneaky link tax amendment and other anti-Internet proposals (you can find out more about them here) that would fundamentally change the way we communicate and learn online is the right decision for our digital future.

That’s why we need you to take action at SaveTheLink.org, and stay tuned in to hear more about how you can have your voice heard before the vote.