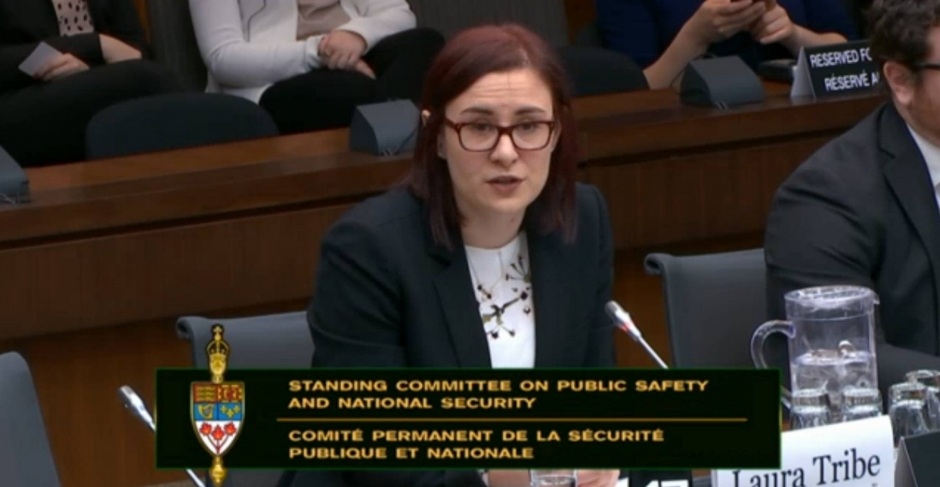 Taking your voices to the Standing Committee on National Security

Since the introduction of Bill C-51 by the Harper government back in 2015, your OpenMedia team has been working non-stop to overturn the outrageous attacks on privacy contained in the infamous bill. We produced Canada’s Privacy Plan— a positive vision for the future of privacy in Canada crowdsourced from over 125,000 contributors, we rallied over 300,000 people to call for a full repeal of Bill C-51, we participated in two national days of action against Bill C-51 in partnership with organizations across the country and funneled more than 15,000 citizen comments to the government’s National Security Consultation last year.

Then, Bill C-59 was introduced, including some positive changes to C-51, but omitting many of the key changes privacy advocates called for. Even worse, Bill C-59 is proposing to introduce dangerous new spy powers that Canadians were not even consulted on.

However, there’s still time to stop it. While Bill C-59 is currently racing through Parliament, the committee reviewing it (Standing Committee on National Security or SECU) was the opportunity we needed to testify and raise our community’s pressing concerns with this bill, hoping the committee listens to Canadians and makes it right this time.

OpenMedia helped drive over 6,000 submissions to SECU’s current consultation. Additionally, nearly 10,000 Canadians added their voices in the two weeks leading up to our witness testimony regarding the proposed new spy powers for CSE in C-59.

THIS IS HUGE! Thank you for speaking out — your voices matter and yet again we’ve seen the power you bring to influence key decision makers, to help them do what’s in the public’s best interest.

You can watch Laura’s testimony below and the full video, including the question and answer period here. The full text of Laura’s opening remarks is below the clip.