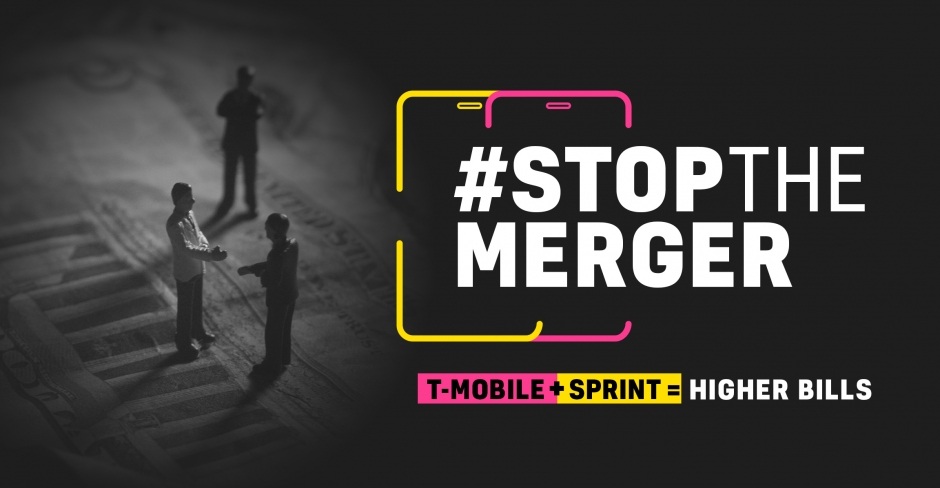 The T-Mobile/Sprint merger will mean less choice and higher prices for Americans. But we can still stop the merger, here's how.

The FCC is on the verge of approving a merger between T-Mobile and Sprint. This means we'll have one less mobile service provider – leading to less competition, and higher cell phone bills.[1]

So far the merger has faced very little opposition – and the public comment period ends soon, on December 4th. If we don't make enough noise before the deadline, this merger could be rubber-stamped before spring.

We can’t let this happen. Will you help stop this merger by adding your name to OpenMedia’s submission to the FCC?

Americans need more choice when it comes to cell phone providers, not less. The U.S. already has some of the highest cell phone bills in the world, and reducing choice in the market will inevitably lead to higher prices.

In fact, the Department of Justice (DOJ) has rejected similar mergers in the past because of the impact they would have on prices, innovation and consumer choice.

We only need to look at Canada to see what happens when competition is limited. Its market is controlled by only three national providers and as a result, people in Canada pay significantly higher prices for even less data than in the U.S.

This is a bad deal for Americans and we need to speak out before it’s too late.

Choice is crucial to keep prices competitive and foster innovation. It’s what has facilitated a 19% reduction in wireless prices over the past five years as smaller providers like T-Mobile and Sprint tried to gain market share.

We have stood up to giants in the U.S. like Comcast and AT&T to prevent mergers and corporate takeovers in the past. Together, we can stop Big Telecom’s latest attempt to stifle competition and raise our cell phone prices.

Add your voice to stop the merger today.