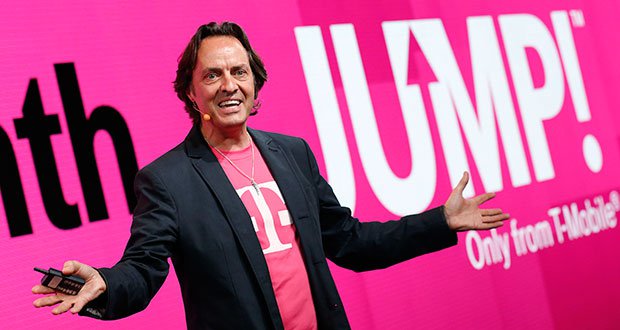 T-Mobile announced yesterday it will allow its American customers use their service in Canada and Mexico with no extra fees (that's right, free roaming). This new initiative puts the Big Three's roaming plans to shame. Why can't Canadians have nice things? Article by Peter Nowak for Alphabeatic

Irony can sometimes be subtle and other times it can kick you in the face. That’s what T-Mobile USA did on Thursday by announcing a new initiative called Mobile Without Borders.

The new feature will allow the company’s American customers to use their service in Canada and Mexico with no extra fees. That’s right, T-Mobile is doing the unthinkable – it’s killing roaming fees completely.

That’s amazing in its own right, but also ironic given what we’ve been talking about in these parts this week – the arbitrage, or black market if you will, that is emerging in Canadian wireless service.

In case you missed it, at issue is the fact that some enterprising individuals are using the likes of Kijiji to sell cheaper Manitoba- and Saskatchewan-based cellphone plans to Canadians outside those provinces. With prices that are 30- to 50-per-cent lower than the rest of the country, the Prairies plans are especially appealing to non-residents.

In my previous post on the issue, I mentioned how this arbitrage is similar to how many Canadian Netflix subscribers use virtual private network (VPN) software to access the U.S. version of the service. You may recall that Mary Ann Turcke, the new head of Bell Media, last month accused people who do so of thievery.