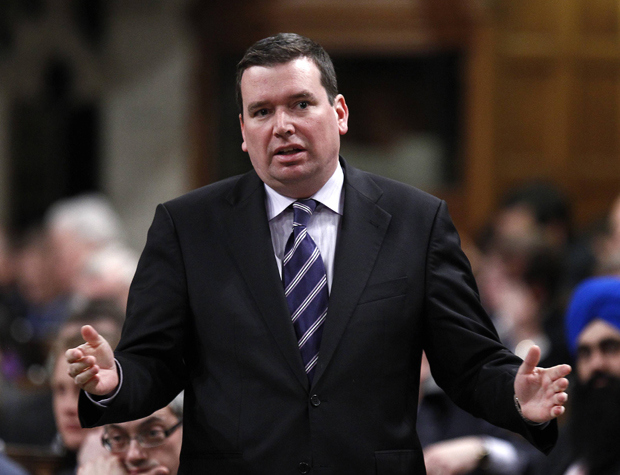 Pressure from Canadians is starting to have an effect: Paradis signals discomfort with the Shaw-Rogers backroom deal

Today, on a call with reporters, Industry Minister Christian Paradis signalled that he may take a stand to ensure we don’t see even less choice in Canada’s already uncompetitive and dysfunctional cell phone market. Earlier this year Shaw announced that it would attempt to sell quality spectrum—a key resource for providing cell phone service—to Canada’s largest provider, Rogers. Over 33,000 Canadians have since spoken out against the deal, saying that this would concentrate even more power in Rogers’ hands, and lead to more price-gouging and disrespectful service. The call was also made in a letter to the Industry Minister that we at OpenMedia.ca sent together with PIAC and other groups. Paradis’ comments today make it clear that our outcry is starting to have an effect.

In 2008, the government made it clear that the spectrum Rogers stands to acquire in this deal was meant for smaller providers and start-ups, in order to create more choice in the cell phone market. Paradis, as quoted in the National Post today, reinforced that “the intent of the policy was not to have this set-aside spectrum to end (up) in the hands of incumbents.”

While it is great that the Industry Minister acknowledges it is wrong for Big Telecom to break the rules, Canadians are still left wondering if and when he’ll take action.

Paradis’ statements, after all, were made during a discussion about the government’s spectrum transfer consultation, which does not directly address the Shaw-Rogers deal, but instead speaks to the criteria and processes for license transfers very generally.

It’s clearly time for the Industry Minister to take bold, direct action to enable choice in Canada’s cell phone market. Three large telecom companies control about 94% of the cell phone market; at the same time it appears that Canada’s few independent providers are unable to access the resources they need, and are putting themselves up for sale.

Take a moment now to put the pressure on the Industry Minister. Add your name to the DemandChoice.ca petition now—it’s working.