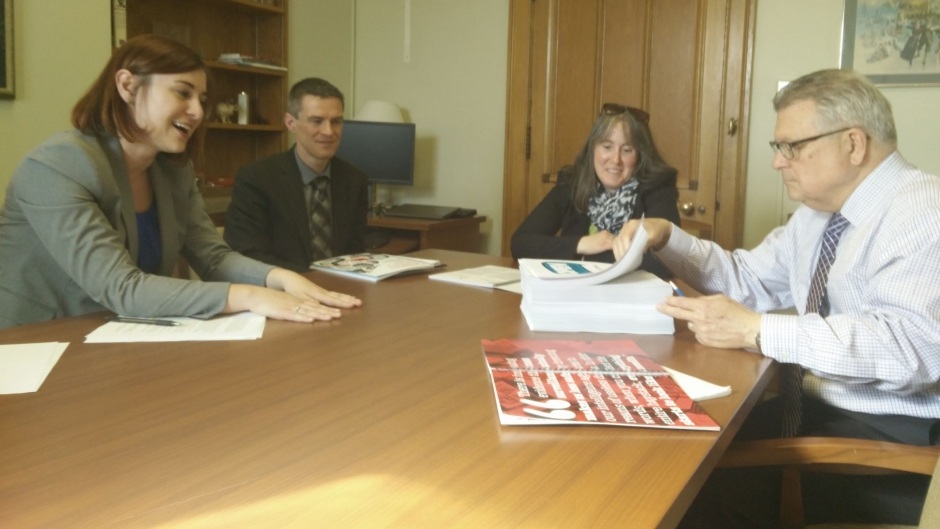 Our own Laura Tribe met with Minister of Public Safety & Emergency Preparedness, Ralph Goodale, to discuss the reckless, dangerous and ineffective Bill C-51. Here's what happened and what happens next.

We took your voices to Parliament Hill!

On Thursday, May 5, I met with Ralph Goodale, Minister of Public Safety & Emergency Preparedness to talk about Bill C-51 and privacy in Canada. I was joined by OpenMedia’s own Steve Anderson, as well as Mike Gifford, an Ottawa resident and owner of a local web development company OpenConcept – one of the 150 businesses that signed on to the open letter expressing concern over the impact of C-51 on Canadian businesses.

We crowdsourced our comments and concerns for this meeting from you, our community, and we did not go into this meeting empty-handed! We heard from thousands of you who wrote to us through social media, our website, and by email, to let us know what messages you wanted us to deliver to the government about the problems with Bill C-51.

There’s one thing that’s for certain: you are not giving up on killing this reckless, dangerous, and ineffective legislation.

C-51 has to go. You have huge concerns about the scope, vagueness, and lack of need for this legislation. For over a year, we’ve heard consistent and unwavering feedback from you that this bill is incredibly dangerous and extremely distressing. And you are calling on the Liberals to take action and follow through on their election promises.

We know the government is currently focused on reforms, but we did begin the conversation by noting that our community was consistent in calling for a full repeal.

One of the many comments we received, which seems to reflect the general feedback from our community, is from Jean, who said:

Repeal it completely and do it now. If the Liberal government believes some sort of bill is needed, then write a new bill from scratch ONLY after thorough consultations with legal experts and citizens to ensure Canadian rights and freedom are preserved. 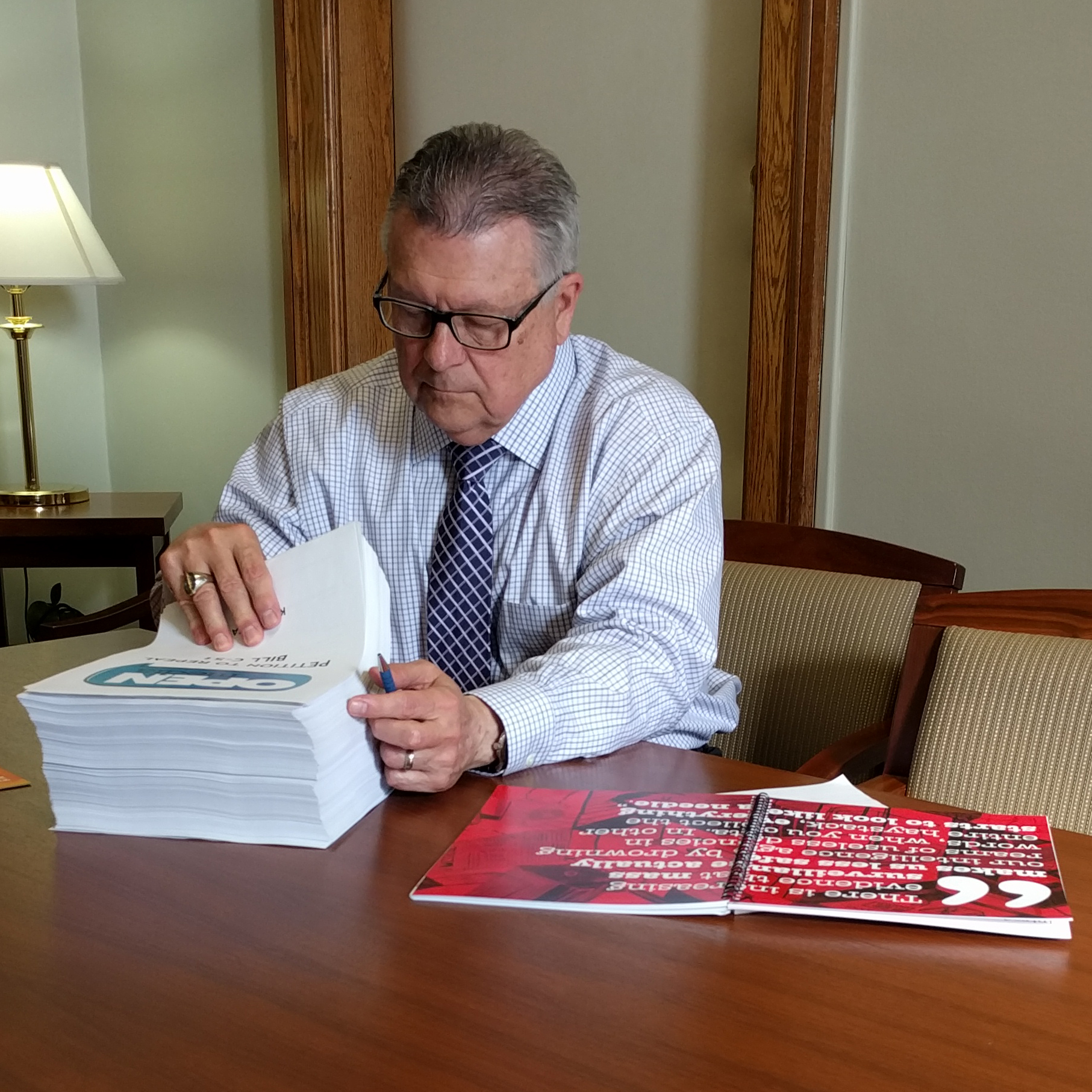 We delivered the names of individuals who signed the petition at KillC51.ca calling for the complete repeal of this unpopular legislation to Minister Goodale.

We ensured that Minister Goodale not only knows just how many of you have spoken up against Bill C-51 – but that we’re not going anywhere.

We don’t just want C-51 repealed – we want to be a part of the solution.

In looking beyond just C-51, to what the future of privacy in Canada should look like, we also discussed other issues about how to protect privacy while respecting the needs of law enforcement, including the 2014 Supreme Court Decision on warrantless access to subscriber data, R v Spencer.

When the conversation turned to the need to balance privacy concerns with the needs of law enforcement, our crowdsourced Privacy Plan was the perfect response. We gave Minister Goodale a copy of our pro-privacy action plan, which we created with input from over 125,000 Canadians. We’re challenging the government to think big on this one, and listen to what we need. Just one more example of how your voices are helping us to build a positive vision for Canada’s digital future.

The next phase of this process is going to be public consultations – a critical time for us to have our voices heard.

Consultations can mean a lot of things to a lot of people. But to us, it means that our voices are heard, considered, valued, and impact the final outcomes. And this consultation is crucial, so we want to make sure that the government gets this one right.

To kickstart this process, we have asked the government to release a position paper to clarify what they are looking for, what pieces of C-51 and current laws are of concern, and where they feel they need to make amendments. We want to know where they stand.

After that, we’re asking to be a part of shaping what the consultations look like. The questions, format(s), and duration, can all have a huge impact on how many Canadians are able to take part. And we want to be a part of ensuring that it is inclusive for as many people as possible to participate.

But no matter what shape the consultations take, we know that you’ll be there with us ensuring that each of our voices are a part of the process, and are on the record in this critical consultation.

This is an important chance for the government to live up to its election promises of transparency and consultation, and we look forward to being part of the solution.

Thank you to Minister Goodale for taking the time to meet with us. And many thanks to you, our community, for your continued support! We truly couldn’t do it without you.