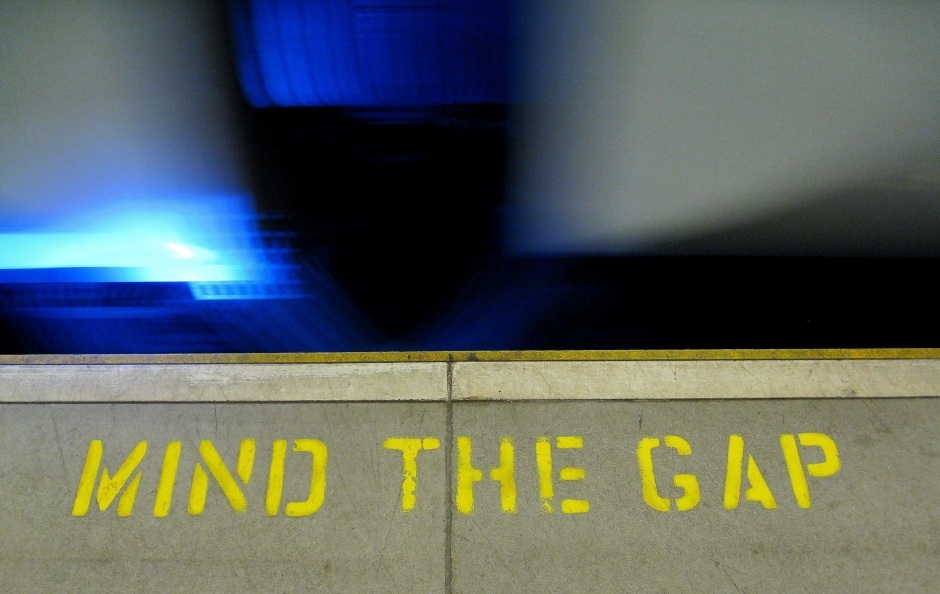 Mind the ‘value gap’: how the EU Commission is working to reframe its Link Tax and other copyright reforms

In the past several weeks, you’ve probably seen the phrase “value gap” creeping into your newsfeeds. But what does it really mean?

You wouldn’t be remiss if you’ve recently found yourself wondering, “what the heck is a value gap?”

We’ve been seeing this term pop up a lot recently as the European Commission attempted to prepare the public for what they proposed in last week’s highly controversial draft copyright directive.

You can read our take on the EU’s copyright reform proposal here.

Throughout the course of addressing copyright reform in the European Union, we’ve been challenged to find the most effective way to address many of the Commission’s proposals with Internet users and decision makers – in large part because the language it uses to float ideas changes so frequently.

Take ancillary copyrightfor example: it’s gone from sounding like an innocuous vestigial organ, to being about fair remuneration, to being a neighbouring right, and then a publishers’ right, to (finally?) settling in as part of the Commission’s value gap framing. Here at OpenMedia, we’ve been calling it the Link Tax all along, because no matter what you call this policy, what it effectively amounts to is putting a price tag on hyperlinks, to all our detriment.

It’s difficult to talk about the merits of an idea when the language being used to describe it is so ambiguous, or keeps changing from week to week. The Commission playing word games with important policies that affect our ability to access information and exercise our free expression rights is nothing less than undemocratic and exclusionary to most members of the public, who don’t have the time to keep abreast of the rapidly-changing winds in the Brussels maze.

So what’s a value gap?

Essentially, the framing around a so-called “value gap” goes something like this: some online services are making more money than others, and the latter feel they deserve a piece of the former’s pie. Many of these successful services work best when they are in collaboration with other businesses (oh hello, Internet!) such as search engines linking to websites, or a video platform working with artists. The large rightsholder organisations feel they are due a share of the advertising revenue – the eyeballs, the clicks – and they seek to close what they see as a gap. Too often this gap is one between what they are earning, and what they would be earning if the world were completely different. It's like a sit-down restaurant suing a competitor which offers take-away for stealing its potential customers.

The Commission refers to this as “issues related to the distribution of value in the online copyright value chain.”

There is, of course, no discussion by the Commission or those demanding these policies, of other ways to close this so-called gap by joining Internet users in the 21st century and considering innovative business models. As we’ve pointed out before, this is the real stumbling block that has made it so hard for certain platforms to collect on the value they feel they’re rightfully owed.

The unwillingness to address issues like portability and geoblocking show that instead of being receptive to the desires of their customers, media conglomerates are in most cases more interested in locking Internet users into pricing schemes and distribution models that are simply not suited for the wants and needs of modern society.

And it isn’t just the link tax that’s being subsumed by the value gap framing. If we are to fully take in the breadth of the Commission’s intentions with last week’s copyright directive, first we need to take a moment to discuss the fascinating, if tediously-named, concept of “intermediary liability.”

The answer, of course, is that the Internet would be a very different place than it is now. There would be widespread censorship by all major online services that facilitate communication between users, as there is little doubt that platforms would not want to be liable for comments made by a user, or posted content that might be copyrighted. As you can imagine, this would lead to a landslide of legal battles, and an environment where online services come down strongly on the side of removing content, rather than defending the free expression of their users.

What about your favourite independent blog or message board? The moderators and hosts would be even less likely to have the resources to take on this liability – even with a relatively small number of users – and thus less likely to provide any opportunity for interaction or feedback.

So if we value the Internet as a place to foster genuine conversation, consultation and feedback, we ought to be concerned with the innocuous sounding “intermediary liability.”

And many people are concerned with this issue – including organizations that we trust to protect and promote our digital rights – groups like the Electronic Frontier Foundation, Article 19 and the Centre for Internet and Society. These people are so concerned, in fact, that many of them got together and created the Manila Principles for Intermediary Liability, which lay out six simple principles governing if and how online services and platforms that we use every day should be responsible for the conduct of their users.

In contrast, what the Commission is suggesting has been summed up succinctly by our friendly neighbourhood IPKat:

Draft Article 13 [see also Recital 39] addresses the so called 'value gap' by requiring intermediaries that store and provide access to large amounts of works uploaded by users of their services to "take appropriate and proportionate measures to ensure the functioning of agreements concluded with rightholders and to prevent the availability on their services of works or other subject-matter not covered by such agreements, including through the use of effective content identification technologies" [translated: intermediaries need to become licensed and implement filtering technologies...]

I don’t know about you, but the phrase “filtering technologies” makes the hair on the back of my neck stand up.

What’s more, if we’re using the Manila Principles as our guide (check them out here and give us your feedback in the comments below!) we can see that many of these simple rules are violated by the Commission’s proposal.

In fact, one of the most concerning aspects of the Commission’s proposed legislation is the complete lack of detail provided on how the suggested policies would be implemented.

But what about the artists?

When we conducted our crowdsourced survey on free expression and asked Internet users how they wanted to compensate artists for their work, we heard overwhelmingly from people like you that they thought artists should receive a greater share of the revenue generated...and we agree. We just believe that these policies should be crafted with the input of you and I – the people who create – in mind.

It even seemed for a while that the European Commission agreed, and went so far as to run its own consultation on the issue of this proposed “value gap” and freedom of panorama, another issue that Internet users and digital rights advocates have spoken loudly and often about.

But unfortunately the Commission went on to draft legislation before even producing the results of its own public consultation. It seems that it hasn’t learned yet that the appearance of consultation isn’t enough, you actually have to listen to what the public is telling you.

And if its action on the link tax is any indication, we’re not holding out much hope that the interests of the public will be heard without mass public engagement. The good news is, now that the Commission has drafted its proposal for copyright, decision-making power is in the hands of Members of European Parliament (MEPs) who are democratically elected, and more likely to listen to the concerns of their constituents. However, it will be critical that we educate MEPs about the link tax and the other silent killers in the Commission’s copyright directive before they debate and vote on this law.

And that’s just what we plan to do. If you haven’t already, you can join our network at SavetheLink.org where we’re working to combat link censorship and keep the Internet a place for free dialogue, sharing and collaboration.