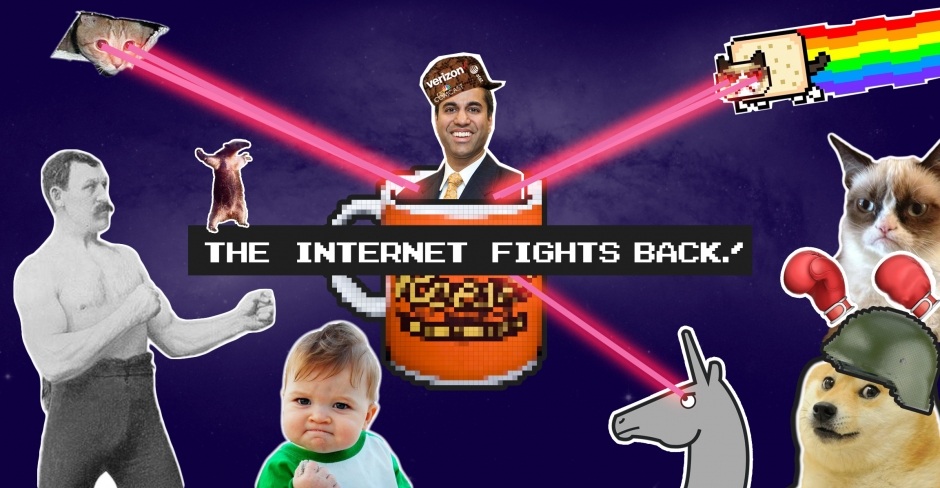 Today is the anniversary of the FCC’s repeal of Net Neutrality and we need to make sure we do everything we can to bring back these important protections for the open Internet.

We have until December 21 to reverse the FCC’s decision before the end of the year.

Already, 181 House representatives have signed on to the resolution, and we only need 37 more to make this a reality, including 17 Democrats. Just yesterday we got the latest signature from Representative Mary Gay Scanlon from Pennsylvania, giving us extra momentum.

To mark the anniversary of the FCC decision, thousands of people are sending messages to Congress today calling on their representatives to sign the CRA resolution and make sure this issue is top of mind for them.

We are already seeing the negative effects of the FCC’s decision. Since the repeal of Net Neutrality, ISPs like Verizon and AT&T have been throttling people’s internet. They’ve slowed down apps like Netflix, YouTube, Amazon Prime, NBC Sports, and many more.

Even emergency responders are being affected by this. During a massive wildfire last summer, Verizon throttled the data services of a Santa Clara County fire department, slowing their response time and putting people’s lives at risk.

If we want to protect the Internet as we know it, we need Congress to pass the CRA resolution to overturn the FCC decision.

Even if we can’t pass the CRA resolution this year, taking action today helps us build momentum for the fight next year.

If we can convince even one more representative to sign on to the resolution, that’s an extra vote in the House we can count on next year.

Go to StopTheFCC.net and send a message to your House representative today!