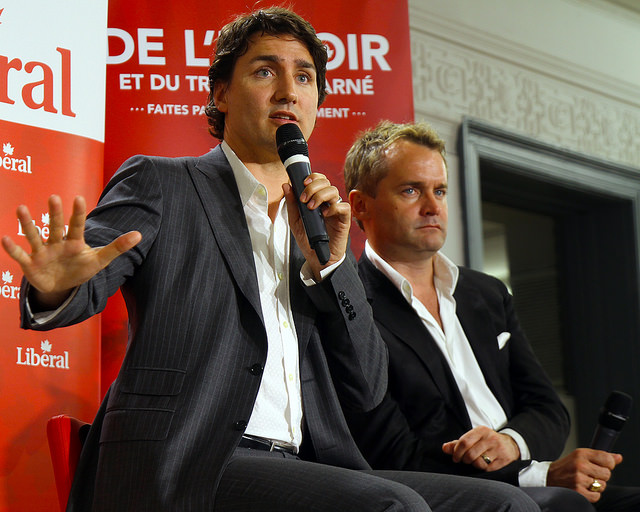 It may be hard to believe, but we’ve been talking about Bill C-51 for almost a year now. And although the campaign against this reckless bill has been critical throughout the entire journey, we think this next step could be pivotal. That’s why we’re inviting the government to join the conversation.

The new government has said it’s planning to move quickly to address this problematic legislation. This is great news to us, and people across Canada who have expressed concerns with the bill’s dangerous provisions! It’s encouraging to see this issue so high on the agenda.

That said, our community has expressed some serious concerns. We continue to believe that C-51 is reckless, dangerous, and ineffective legislation that is best addressed by a full repeal. Our previous laws may not be sufficient, but we would rather see legislation drafted properly from the start, and in consultation with Canadians; not repaired piecemeal in hindsight.

Civil society, security experts, artists, business leaders, and everyday Internet users from coast to coast to coast are eager to talk with the new government about its plan to undo C-51.

Two weeks ago, our Executive Director, Steve Anderson, sent a letter directly to the Prime Minister (also embedded below) asking him to sit down with ourselves and our partners and listen to the voices of the over 300,000 Canadians concerned about C-51.

Now, it’s your turn. Today we launched a new tool that lets you email the Prime Minister directly, and invite the new government to join the conversation.

Send an email to Prime Minister Trudeau inviting him to consult with Canadians about C-51 before new legislation is introduced.

Our previous government left Canada with some serious privacy gaps. At OpenMedia, we believe this privacy deficit is the result of a larger democratic deficit in this country. Early engagement in the legislative process is a key pillar of a more participatory democracy, and we believe that engaging Canadians will be critical for generating positive solutions that protect our country, its citizens, and our Charter-guaranteed rights when addressing C-51.

As community member Glen Hoffinger said on our Facebook page: "Why blindly accept this? Time to take a real stand, We [are] the government!"

OpenMedia has modeled crowdsourced processes for policy development in the past, and we think these could work for the government too. We’re calling on Prime Minister Trudeau to embrace this deeper form of democracy to address our privacy concerns – one of the most important issues of our time – and reach out to Canadians to ensure that we deal with C-51 the right way.

We’re only going to get one chance to undo C-51, and we need to ensure we get it right.

The new government has suggested loose amendments to C-51 that it plans on making with new legislation. However, those amendments don’t go far enough, or provide the comprehensive approach that we need to ensure that every problem introduced with C-51 is undone.

This is why we believe that it is most effective to repeal and start from scratch to ensure this is done right. But most of all, we just want Canadians to be a part of this process. Secrecy and surveillance impact us all.