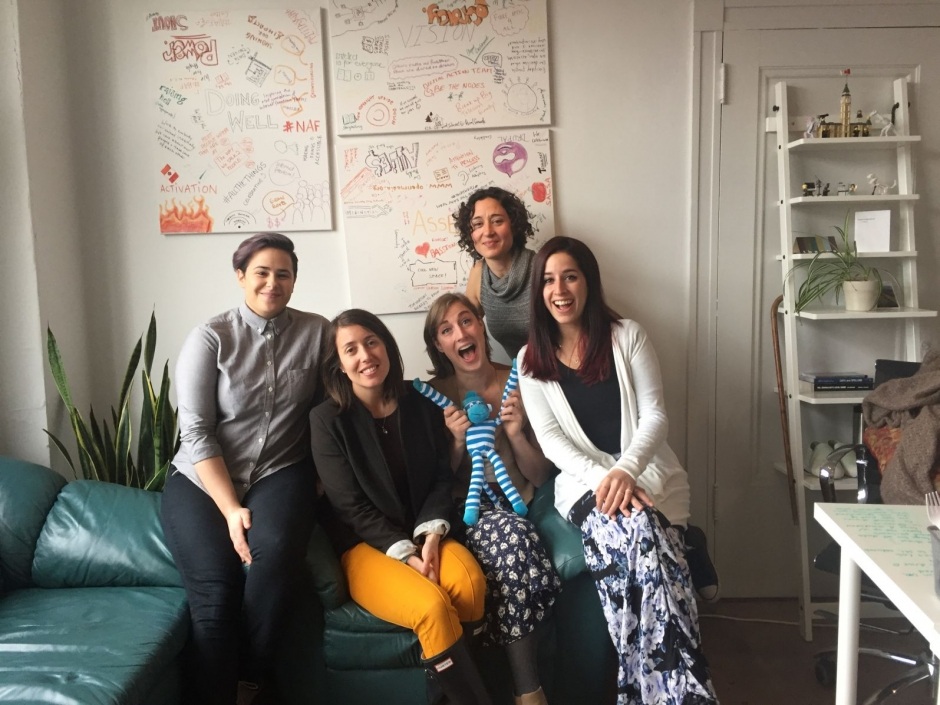 For International Women’s Day, meet a few of our female Internet heroes

Women at OpenMedia and around the world work tirelessly to ensure that the Internet remains an equally accessible tool, where we can all freely express ourselves without fear and share revolutionary ideas that have the potential to change millions of lives for the better. Today we celebrate International Women's Day and invite you to join us in the fight.

Meghan has been here since 7 a.m. tirelessly working on our newest campaign against the ratification of the Trans-Pacific Partnership, as Marianela designs some impressive graphics for the launch. After talking to Marie about our social media strategy for the big day, Laura loops me in on our latest plans to tell Netflix to stand up to big media bullies and not block pro-privacy VPN technologies.

As I settle in to review our editorial calendar for the week, I hear Jes helping our volunteer Cassy organize things after our big fundraising event on Sunday, featuring leading thinkers on media reform. Ruth, our campaigner in London, UK is finalizing her notes for the team on her recent presentation at the Internet Freedom Forum, in Valencia, Spain. And Alexa greets our most recent hire: “Meet our new web developer, Catherine!” 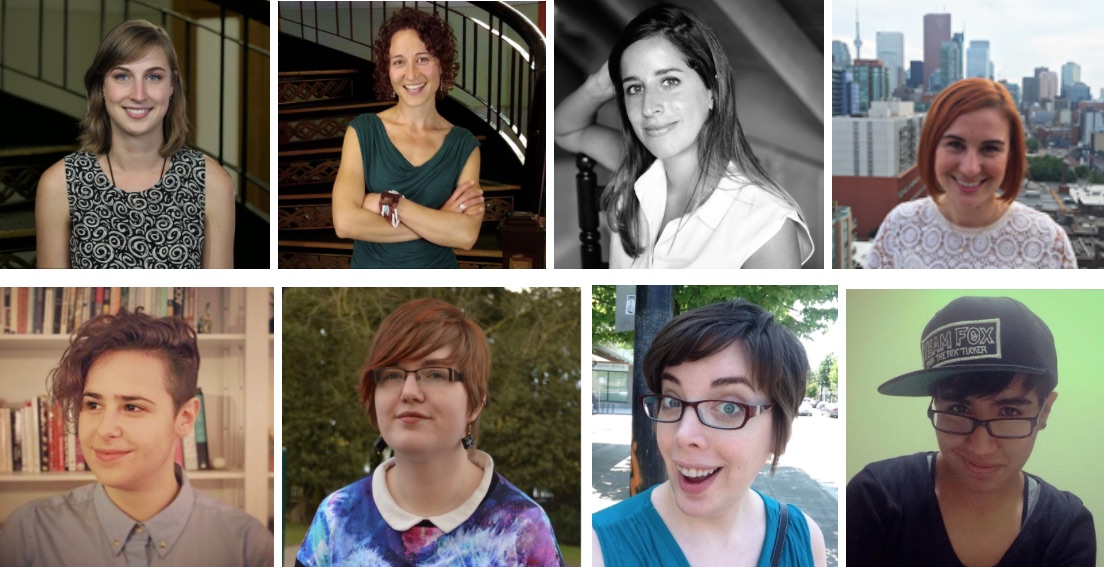 In short, today is a typical day. We are working hard, speaking up, and continuing to imagine and build towards the free and open Internet that empowers all citizens; that we all deserve.

But today also marks International Women’s Day. Celebrated around the world, it’s an opportunity for the world to celebrate the important work that women are doing everyday, and to identify where we still have to improve, before achieving gender parity.

The women at OpenMedia are more than just girls doing their jobs. They’re smart, powerful women who see the Internet as a critical part of their lives; as a tool to impart ideas, opinions and knowledge, and which we must protect from abuse of power, censorship and surveillance.

This is our tribute to them, and to other great women doing stellar work in digital rights. Their efforts help foster equal and secure Internet access for women around the world–and empower them to use it.

Every day we are inspired by incredible work being done by women. But to celebrate International Women’s Day, we thought we’d take a moment and share a few of them with you too!

Here are just a few of our favourite internet heroes, who inspire us in the work that we do everyday:

Nighat Dad is the founder of the Digital Rights Foundation and is on the frontline of Pakistani women’s fight against online abuse. She leads a campaign for digital rights, as women who use social media are particularly vulnerable to harassment, intimidation or blackmail. In a country where the mere fact of being online as a woman can carry a stigma, Nighat Dad’s work is an essential part of the movement working to make the internet safer for women in Pakistan.

If you go to the White House citizen's’ petition site, you’ll see how fans of her book Captive Audience call on Obama to name Susan Crawford as the new chairman of the Federal Communications Commission. Prospect Magazine named her one of the top 10 brains of the digital future and she served for a time as a special assistant to president Obama for Science, Technology and Innovation. A top academic at Harvard, Crawford has led a public debate for more competition and investment among Internet providers, more government- and community-owned Internet networks, and has called for an open Internet to preserve the First Amendment interests of all Internet users.

Stricken with polio at age two, Neema Namadamu is now a determined activist running a women's rights organization in the Congo. As the founder of Maman Shujaa Hero Women of Congo, Namadamu trains women to be digital activists by sharing their stories and solutions for change online. At the 2013 Social Good Summit, Namadamu emphasized that technology is an especially crucial communications tool for women with disabilities like herself.

Barbara van Schewick is a Stanford law school professor with a Ph.D. in computer science and expertise in the economics of innovation, and the Director of Stanford Law School’s Center for Internet and Society.Van Schewick has had a huge impact in the fight for a free and open Internet in the U.S. Her book Internet and Architecture for Innovation is considered the bible of net neutrality. Before last year’s battle to win stronger net neutrality rules at the FCC, Schewick was teaching a full load at Stanford while having monthly meetings at Congress, the FCC, and the White House. Her impact on that victory was bigger than entire institutions, and her unflinching work was ultimately reflected in the FCC’s decision, which sided with the public and adopted extremely strong net neutrality rules that should be a global model for Internet freedom.

This is just a very short list of the women fighting for a better Internet, addressing the digital gender gap, and encouraging more women in the field to pursue a future in technology and digital rights advocacy. We know they are just a few of the hundreds of thousands of industrious women working to protect our online rights. Without their efforts, our job here at OpenMedia would be impossible. So, thank you!

And while International Women’s Day is a time to reflect on the extraordinary progress of these super ladies, it is also a moment to address the challenges that women continue to face today.

Believe it or not, 200 million more men than women have access to the Internet worldwide, according to a report from the Broadband Commission.

Three women in Pakistan were killed for appearing in an online video, and one for possessing a cellphone. A blogger in Vietnam was stripped and sexually assaulted by the police when she tried to attend the trial of a fellow blogger, jailed for his writing.

These are extreme, and disturbing, cases that highlight just how much women – and female activists in particular – face a number of additional challenges and threats in the online world. We need to ensure that there are safeguards and protections in place to allow women to speak up, and get involved in digital rights, without fear of the consequences.

So how do we maximize the empowering potential of the Internet while limiting the vulnerability of activists and individuals? Improving access for women is the first step.

At OpenMedia we work hard everyday to keep the internet free, open and accessible for all. And we envision a world in which women are empowered to fully participate in the digital rights debate, and in which all women, everywhere, can freely fight for and access our online rights, and make decisions free from inequity or violence.

We hope you join us in the fight.