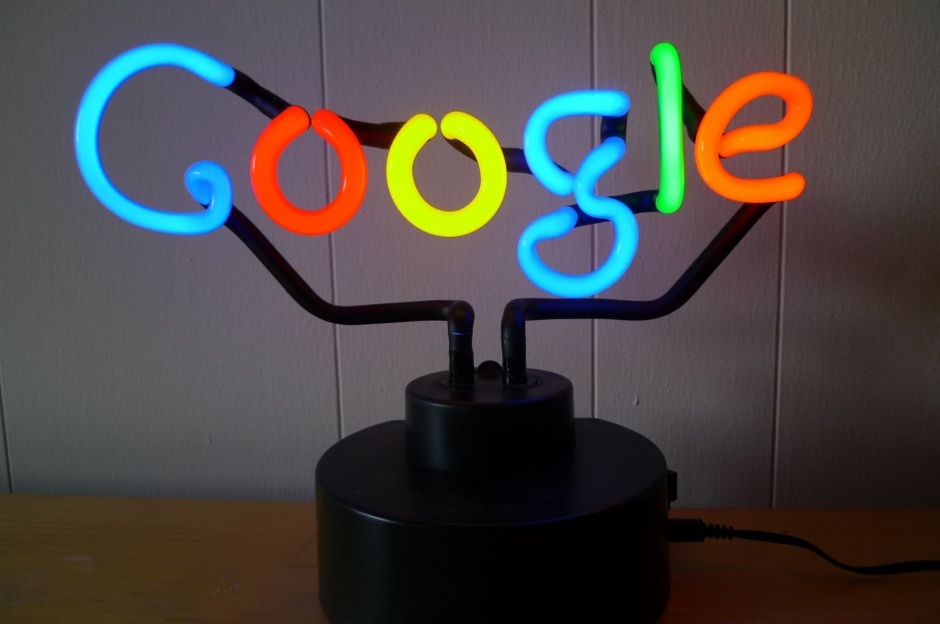 Google v. Equustek at the Supreme Court of Canada: Dispatch from the Hearing

As you may recall, OpenMedia intervened in a landmark Internet and free expression case at the Supreme Court of Canada, Google Inc. v. Equustek Solutions. Here's a recap of the big questions being wrestled with at the trial.

Introduction: Now You See It, Now You Don’t

As indescribably nebulous and expansive as the Internet can be, one could compare it to outer space, but never to a vacuum. Almost anything that happens online will eventually find its place in a web of real-world context, whether by reference, implication, cause, or consequence. It is this persistently dual nature of the Internet—a space clearly its own and separate from the bricks-and-mortar world, yet in every way wrapped up with our everyday, offline lives—that makes it so difficult for courts and other decision-makers to wrap their minds, and laws, around.

Last year, OpenMedia intervened in a landmark Internet and free expression case at the Supreme Court of Canada, Google Inc. v. Equustek Solutions Inc., et al. I attended the hearing on behalf of OpenMedia, and how it played out showcased a perfect example of the dynamic described above.

To recap, Google v. Equustek featured an intellectual property (IP) lawsuit over trade secrets, where the defendants skipped trial, disappeared, and continued selling the sued-over products online while in hiding. In response, the plaintiff (Equustek) went after Google instead, asking the search engine to take down search results leading to the defendants’ websites. Google voluntarily took down the results on google.ca, but refused to for the rest of its non-Canadian domains. Both the BC Supreme Court and BC Court of Appeal disagreed with this, and ordered Google to take down its search results for the defendants’ websites worldwide.

Needless to say, OpenMedia disagreed with that, and you can read more about why here, as well as learn more about OpenMedia’s intervention in the case. The rest of this article will highlight key issues that emerged throughout the hearing itself, each of which highlights in some way the tension between seeing and treating the Internet as a kind of parallel universe where anything goes, and just another room in the world where the same rules apply as usual.

As an overview, the following breaks down into four sections: 1) What is a practical solution for the plaintiff? 2) How does law work with the “borderless Internet”? 3) Why is this not “just an intellectual property case”? 4) What is the right legal test to protect free expression and the open Internet?

The first issue is one that the Supreme Court justices continually returned to throughout Google’s appearance before them, and one that Google struggled to answer: what is a reasonable remedy for the plaintiff? If the defendant is still operating online and committing illegal activities unhindered, and there is no way to get at them, then what is a feasible, practical, logistically reasonable solution that will get the plaintiff justice on the ground? Is it more practical to ask Google to confirm the takedown aligns with the intellectual property laws of every country around the world? Or is it more reasonable to ask Equustek to chase the defendant around the world, or sue Google in every country? The former would unofficially deputize an uninvolved search engine as extended law enforcement, while the latter would mean only those with deep pockets could afford real-world justice in the face of Internet-based injustice.

The Supreme Court justices were very concerned with the issue of practical remedies for the plaintiff, and for good reason: despite its association with the pursuit of truth and justice, at the end of the day, the law is about resolving disputes. One or more people have a problem, something has to be done about it, and theoretical conundrums about the nature of the Internet only go so far before the Court must land somewhere with an answer, if only so those involved can move on with their lives.

Another example of this occurred when Google explained that one problem it had with the global takedown order was that it would be indefinite, and likely permanent. Immediately, Justice Russell Brown asked if the possibility of sunset clauses (essentially expiry dates) would be helpful, demonstrating more of the Court’s attentiveness to practical solutions, no matter how thorny the theoretical issues involved.

If needing a fair and reasonable solution that is doable in the real world pulls on one side of the problem, then the abstract, borderless, fluid-like (it goes everywhere) nature of the Internet and its ability to transcend real-world constraints pulls on the other. As CIPPIC’s Tamir Israel said,

“How are laws, legal systems, which have always been territorial and based on physical territory, going to work on this medium?”

Equustek’s lawyer dismissed this tension as the “frankly nonsensical idea of the borderless Internet”. However, the Internet’s global reach is not only one of the key things that has made it so powerful and world-changing to begin with; but it was also the reason Equustek and Google were in court at all—because the defendant was selling without borders.

To be fair, Equustek meant that at the end of the day, the Internet consists of servers and data centres that can be pinned to physical locations and treated accordingly. Equustek questioned the notion that, “As soon as you move illegal conduct on Internet, it’s somehow beyond reach?” This would make the Internet “a lawless zone for all practical purposes because no one but the most powerful can afford to litigate in dozens of countries.”

As with so many things though, it’s not a matter of one or the other. Being borderless does not mean the Internet is, or should be, lawless. Multipleexamples exist of law done right when it comes to the Internet, and this is part of what digital rights advocates work towards every day. Rather, it means there are different considerations and a heightened level of care that courts should apply in creating or interpreting laws that involve the Internet. OpenMedia, as well as the amazing folks at the BCCLA and EFF, emphasized this point throughout each of our interventions.

3. It’s Not Just About IP: The Importance of Context and Precedent

The broader context of online expression and how information flows across the Internet is why it matters so much that lawmakers don’t see Google v. Equustek as “just” an intellectual property (IP) case that doesn’t have anything to do with free expression or related Charter values. Precedent has power, and a global takedown order would give lawsuit-happy rightsholder groups a major new weapon in their arsenal with which to go after fundamental threats like children and libraries. This is despite the International Federation of Film Producers Associations telling the Supreme Court at the hearing, “You won't find anyone more supportive of freedom of expression.” (Just ignore this rebuttal here.)

Not to mention, even when cases are explicitly “only intellectual property”, these groups already have a longandstoriedtrack record of overreaching and stretching the law in a way that goes beyond what’s fair, sensible, or necessary. Instead, they have encroached on free expression, chilled online speech, diminishedthe public domain, prevented new creators from contributing their art, and undermined new and diverse forms of cultural production. They don’t need more help doing these things.

Furthermore, a careless or misguided decision in this case could turn the borderless nature of the Internet against us. Courts in a country on the other side of the world—or next door—could decide what content we can or can’t access online in Canada (as well as everywhere else). Free expression online would become a global distortion of “all [taking down links] for one; and one [deciding legality of content] for all.” This could happen regardless of whether the removed content is actually legal or not in each specific country.

As Katherine Maher of Wikimedia said,

“[T]oday as the Internet grows, parts of it are quietly disappearing. Around the world, courts are requiring search engines to omit selected results. This trend chips away at freedom of expression and the right to information online, and creates ugly precedents that could jeopardize the future of our open and free Internet. […] If every country had the chance to punch memory holes in the Internet, we would swiftly find ourselves with history scrubbed of essential records.”

4. A Legal Test for the Twenty-First Century

Ultimately, Google v. Equustek is bigger than either Google or Equustek, and almost not even about them at all. Based on the facts of the case, it’s hard not to sympathize with Equustek or want them to get redress. The point here, and the point of OpenMedia’s intervention, has never been that Google wins and Equustek loses. The point is that no matter which company wins or loses, Canada ends up with a Supreme Court decision that protects free expression and the open Internet even while solving the specific dispute before the Court. The point is to ensure the resulting law is a considered, nuanced, forward-looking, and yes, tech-savvy approach to crafting law for the “borderless Internet”, rather than a blithe, Internet-chilling precedent for future parties and courts to uncritically apply going forward.

What might such an approach look like? At the hearing, both the BC Civil Liberties Association (BCCLA) and Electronic Frontier Foundation (EFF) put forth good suggestions. The BCCLA set out a nuanced legal test in which a global search results takedown would be available as an option, but considered an extraordinary response and only available where there are no reasonable alternatives, and the takedown would be effective and meaningful.

Under the EFF’s proposal, the takedown order would only be available once the plaintiff had exhausted all other alternatives—the court must grant it out of “necessity, not convenience”. The plaintiff must also show that the takedown is technically possible, would be enforceable in the affected countries, doesn’t go against core values in the affected countries, and that it is proportionate to the costs and benefits.

Both organizations emphasized that an appropriate test must take free expression rights into full account, with BCCLA referencing impact on Charter values as a key factor.

The Supreme Court is not likely to hand down its decision for another several months, and by all accounts, it’s a fool’s game to predict where the justices will land on the basis of questions and oral arguments. What we do know, however, is that these issues are far from resolved. You can count on actors from governments to embarrassed politicians to film and music publishers to copyright trolls pushing the law as far as it will go over the line between taming the Internet, and breaking the Internet. But even more so, and with your help, you can count on groups like OpenMedia, the BCCLA, and the EFF always to be there fighting when they try.

Cynthia Khoo is an Internet and digital policy lawyer retained as external counsel to OpenMedia on a variety of files, including intervening in Google Inc. v. Equustek Solutions Inc., et al. at the Supreme Court of Canada, and in the recent Examination of differential pricing practices related to Internet data plans(TNC CRTC 2016-192), before the CRTC. She was called to the Bar of Ontario in June 2016, after completing articles with the Public Interest Advocacy Centre.