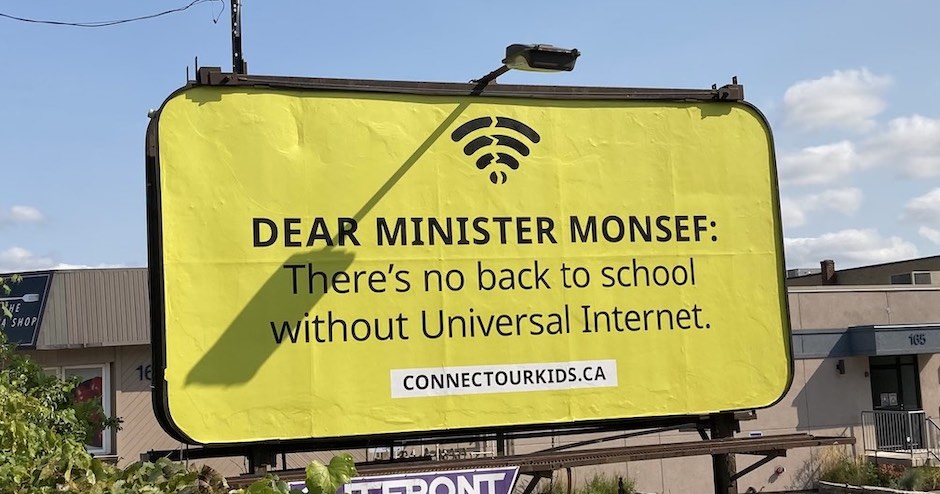 We spoke up in numbers too big for Canada’s government to ignore.

Somebody pinch us! After over a year of delays, the Government of Canada has finally announced the opening of applications for the $1.75 billion Universal Broadband Fund (UBF).

First announced in March 2019, the UBF will deliver long-awaited funds to get Canadian communities with weak or no connectivity online, especially in rural and remote areas. All funded projects will provide Internet access at the CRTC’s basic service objective of 50/10 Mbps or higher.

At a glance, this week’s announcement improves in several ways on past UBF promises:

The first round of successful UBF applicants is expected to be announced in early 2021.

Much of this might not have happened if the OpenMedia community had not spoken up. In Minister of Rural Development Maryam Monsef’s announcement, she recognized the “100s of letters and emails” the government had received as a decisive factor in their enhanced commitments - that’s your voice having impact!

You made this happen. Without your voices and support, it could have been months or years before our government finally moved the UBF moved forward.

The unlocking of the UBF’s enhanced funding will provide a much-needed boost to Canada’s digital infrastructure, which has languished for decades,with the country’s connectivity strategy left in the hands of Big Telecom. Communities that are densely populated enough to be profitable for Big Telecom have seen significant investment, while rural and remote areas have remained underserved or disconnected entirely.

But in 2020, the Internet is not a luxury – it should be an essential service, as Minister Monsef said in Monday’s announcement. Today our government has a responsibility to ensure that every person has reliable, high-speed connectivity, regardless of where they live.

While long overdue, it’s great to see the Internet finally getting the attention it deserves after years of outcry from Canadians. It looks like the government is finally moving forward on their promises, and mobilizing some rapid responses given how long people have been waiting. Seeing shovels in the ground for some communities in the next year is particularly welcome news.

But while the announcement of some support for smaller community applicants is encouraging, these kinds of local initiatives need to be very actively prioritized to address the underlying dysfunction of our overall telecommunications market in Canada. Big Telecom has disproportionately benefited from many years of past government subsidies and policies that make it hard for any startup or community to compete with them fairly.

That’s why we remain concerned that without explicit prioritization of local and Indigenous-led community buildout projects, the majority of funds will benefit Big Telecom, further entrenching the oligopolistic market that has served Canadians poorly for decades.

A crucial part of the government’s rollout to pay attention to will be the quality and flexibility of their “Pathfinder” services – phone and email support intended to facilitate applications by local communities. The seriousness of that supporting effort will help determine the long term impact of UBF’s deployment on Canada’s Internet.