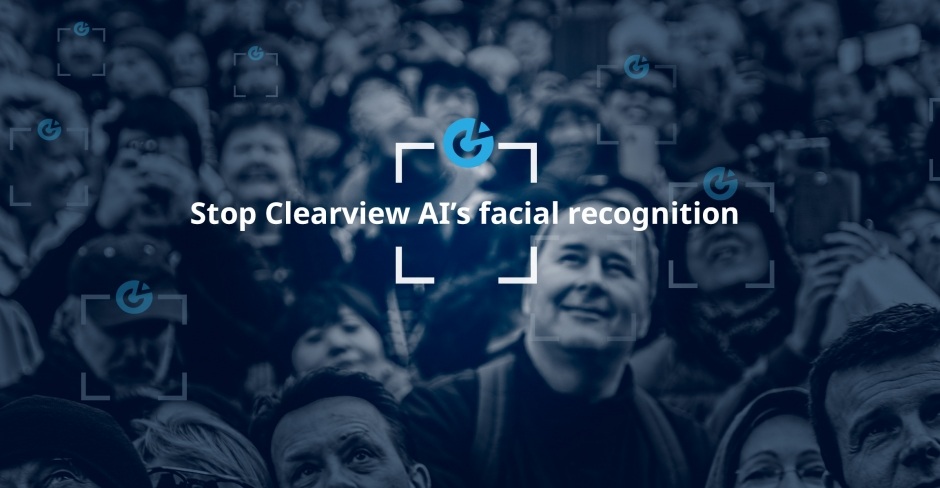 The First Police Moratorium on Facial Recognition in Canada

The Vancouver Police Department announced a moratorium on facial recognition technology after a complaint was filed by OpenMedia.

For years, our federal politicians have acknowledged that indiscriminate use of mass facial recognition technology was proliferating in Canada with no regulatory limits or control. But despite acknowledging valid concerns around its use, they’ve taken no steps to regulate it.

That’s why, early last year, OpenMedia launched a bottom-up campaign to encourage city councils in Canada to call for a moratorium blocking law enforcement from using facial recognition technology. In the US, municipal mobilization has led to moratoriums on this technology and has helped drive state level bans, which is making national regulation increasingly likely. We believe the same strategy could work here.

Our community agreed, sending thousands messages to their local city councillors calling for a ban — but then the COVID-19 crisis hit, and we realized that our local representatives were overwhelmed with new challenges, and so we temporarily hit pause on our campaign.

Since launching the campaign, we’ve learned the need for regulation was even more serious than we had realized. In March of 2020, news broke that Canadian law enforcement agencies were secretly using a facial recognition product called Clearview AI, which Privacy Commissioners from across Canada later determined was an illegal form of mass surveillance. Despite initial denials, the client list for the company was leaked and we became aware that dozens of Canadian law enforcement agencies were using Clearview AI's technology that stole more than three billion images of our faces from the Internet.

2021: The pivot to police boards and securing our first win

In Canada, unlike in the United States, police governance in many cities rests with boards and commissions that are established to provide oversight. This means that while Canadian city councils can pass non-binding resolutions against use of facial recognition by their governments, they are powerless to enact bans on the use of new technologies like facial recognition by the police — the most prominent and concerning of potential users.

That’s why we’ve zeroed in on police boards over the last couple of months as a key venue in the fight for change. Since January, we’ve presented before three boards and commissions in Western Canada, and talked about the harms of facial recognition and the need for regulation. We’ve followed these presentations up with formal complaints related to the complete lack of policies that exist to govern the use of dangerous new technologies like facial recognition and other biometric surveillance technology.

Sidebar: What is our biometric data, and how does Canadian law currently regulate its use?

In Canada, our federal privacy laws contain no special category for sensitive personal information like biometric data. In fact, during the recent consultation to modernize Canada’s public sector privacy laws, the government explicitly stated they were uninterested in creating a new category for this kind of sensitive information.

This goes against leading international privacy frameworks, like the European Union’s General Data Protection Regulations and California’s California Consumer Privacy Act, which both contain special categories for sensitive personal information like biometric data. Only two provinces have privacy laws that even acknowledge the existence of biometric data: Alberta and Quebec. Everywhere else, sensitive data related to our physical characteristics is treated like a name or address.

But biometric data isn’t like other personal information, like our name or address, and deserves special protections under our laws. For example, our addresses normally change over the course of our lives. Even our names are subject to change. Our faces, however, are less susceptible to change and are perpetually present in our wordly interactions.

Through the use of facial recognition technology, it becomes possible for law enforcement to identify and surveil people through the course of constitutionally protected activity, like speech and peaceful demonstration in public spaces.  Therefore, sensitive information deserves special protections from police abuse and misuse.

Law enforcement agencies that are using facial recognition have been hesitant to create policies that govern its use. In the absence of privacy laws that acknowledge the sensitivity of biometric data, and create appropriate obligations in handling it, and internal policies that regulate how this technology might be used, police agencies have been free to experiment with mass digital facial recognition technology with none of the limits that apply to their traditional gathering of data about the public. This absence takes us towards a state of permanent mass warrantless surveillance, working through technology with a known bias against women and people of colour, and eradicates fundamental notions of privacy between public and private spheres — all without any consideration of the consequences.

A good example of the scale of difference in regulation between the old and the new comes from the comparison between traditional police methods when using photographic databases to identify suspects, and the unbelievable potential unlocked by facial recognition technology.

When we spoke to the Vancouver Police Board, we highlighted the fact that an officer would normally be required to complete at least three forms when creating a photopack that contained no more than ten lawfully obtained images. When an officer uses the facial recognition product developed by Clearview AI, they access a database that contains more than three billion images that were illegally harvested from the Internet. How many forms would that require? Forgetting the fact that these weren’t lawfully obtained images, it would be reasonable to conclude that it would require a few hundred millions forms based on their current policy.

The point is: the current policy framework at law enforcement agencies in Canada isn’t adequately equipped to deal with new technologies that use artificial intelligence, like facial recognition. Likewise, provincial and federal privacy laws are mostly insufficient in considering the broad-based harms these new technologies introduce.

As we wait for better comprehensive legislation that addresses these technologies, to maintain public trust, law enforcement must move very carefully and deliberately when adopting them, working within a framework that considers our civil liberties, requires consultation with privacy commissioners, and seeks the approval from oversight bodies like boards and commissions. In short, police use of facial recognition can’t be allowed to facilitate a surveillance state, and must require significant transparency and accountability mechanisms.

Adopting any new technologies without first meeting these criteria is a threat to our fundamental rights. And that’s exactly what occurred when police from across Canada used Clearview AI. That’s why, until these criteria can be met, we’ll continue calling for a moratorium on the use of facial recognition technology by all law enforcement in Canada.

At the Vancouver Police Board meeting on April 15, 2021, the VPD report from the investigation stemming from our complaint was presented. And the Vancouver Police Department acknowledged the concerns we raised related to what they called the “unrestricted and unfettered use of facial recognition by police organizations” and said they would not be using facial recognition technology until the criteria described above was met, but initially stopped short of calling it a moratorium. When pressed by board member Rachel Roy about the substantive difference between a moratorium and what the department was proposing, Chief Constable Adam Palmer conceded that they were effectively the same, and acknowledged past issues while making a promise to do better in the future:

“We acknowledge that we did have the one issue with Clearview, which quite frankly was a misunderstanding,” Chief Palmer said. “But there’s no misunderstanding anymore. So we don’t use it, we have no plans in using it until solid policy is in place.”

So now the moratorium that exists on facial recognition technology for law enforcement in Vancouver can only be lifted after a policy has been developed in consultation with the Office of the Privacy Commissioner of Canada, a privacy impact assessment has been completed, and with the approval of the Vancouver Police Board. We’ll be watching to see what they come up with once they work through these steps — and if it enables further mass violations of our rights, you can be sure we’ll speak up. But in acknowledging our concerns, and accepting the need for a temporary moratorium, the VPD has respected the privacy rights of people in Vancouver, and set an example for other police boards across the country. And that’s a meaningful win.

In the continued absence of federal legislative protection, we’re going to keep pushing for local moratoriums in our communities to protect our rights. We need to go before more police boards and commissions. While Clearview AI has left Canada, right now, there’s nothing preventing any police force aside from the Vancouver Police Department from testing and adopting new mass facial recognition technologies, despite there being no guardrails in place.

That means no oversight, no accountability, no knowledge of what’s even happening everywhere else in Canada.

We also need to keep applying pressure upwards. It’s great to achieve small wins with individual police forces, but what we really need is systemic change at the national level, which can most readily be achieved through law reform. Our campaign to ban police nationally from using mass digital facial recognition in Canada is still active, and we’ll be making submissions where possible to create transparency and accountability when it comes to police technologies at the provincial level, too.

So our work is just beginning. But with this win, we have a path forward. The moratorium in Vancouver can be a blueprint for other law enforcement agencies across the country. And every time another Canadian city steps up, pressure will build on our federal and provincial representatives to take notice and join them!