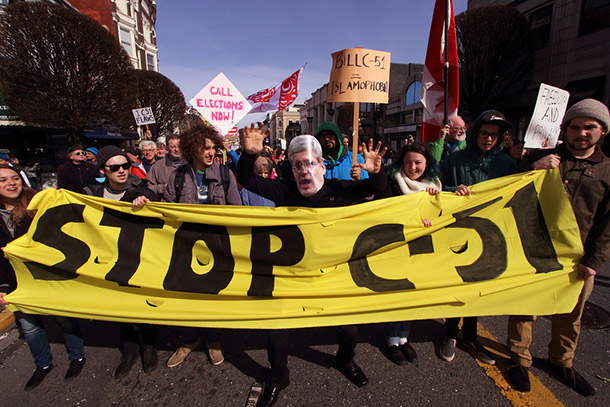 A version of this article by our David Christopher was originally published by The Tyee, as part of a new series about Canada's Privacy Plan For anyone involved in the privacy debate, it’s been a busy couple of years. Barely a week goes by without new revelations about the activities of the Canadian spy agency known as Communications Security Establishment (CSE), and its Five Eyes partners in the U.S., U.K., Australia, and New Zealand.

In just the past few weeks, for example, we learned that the CSE actively exploited security holes in a popular mobile web browser, placing millions at risk. We also learned that the U.K. government passed secret legislation granting GCHQ (Britain’s version of CSE) immunity for hacking into our computers and mobile phones. And we’ve seen the U.S. NSA implicated in extensive spying on European citizens and private companies, in ways that go far beyond national security.

What these reports reveal about our spy agencies’ activities are indeed disturbing. But the seemingly unending stream of revelations also point to a larger problem - the striking lack of accountability, transparency, and oversight that people have over what are, at the end of the day, government agencies operating with taxpayer dollars.

Canadians are clearly unhappy with this state of affairs. Concerns about lack of accountability were expressed again and again by those who took part in our crowdsourcing work for Canada’s Privacy Plan, the pro-privacy action plan launched recently by OpenMedia.

As crowdsourcing participant Roxane puts it: “It is clear that we need some kind of watchdog, with a bit, to protect law-abiding citizens’ privacy.” A second participant, Steve, was even blunter: “If we spied on the government, imagine the crimes we’d prevent.”

The findings from our crowdsourcing process make clear that Canadians dislike excessive secrecy around government spying. There was strong support for a wide range of measures to improve the accountability, oversight, and transparency of surveillance activities.

Notably, 94.1% of Canadians want an all-party Parliamentary Committee to conduct a thorough review of Canada’s existing oversight mechanisms, and make recommendations for improvements. And 87.9% want independent bodies to oversee CSE and CSIS and issue regular reports to the public.

Sadly, under this government Canada has been going backwards. Even where oversight bodies exist, they lack the resources and independence necessary to hold spy agencies accountable. The budgets of spy agencies have exploded, while official watchdogs are starved of resources.

CSIS also suffers from a severe oversight deficit. In fact, the government shut down the Office of the CSIS Inspector General, which was responsible for reviewing day-to-day CSIS activities.

All that’s left now to oversee CSIS is the part-time, resource-starved Security Intelligence Review Committee (SIRC). Over the years, SIRC has repeatedly complained it has insufficient powers to hold CSIS accountable – complaints that the government has ignored. It’s no wonder that SIRC is now taking an average of three years to investigate complaints against CSIS.

Under the current government, the trend is clear - the powers and capabilities of Canada’s spy agencies have rapidly expanded, with no commensurate increase in accountability, oversight, or transparency. Canadians clearly deserve better. Thankfully, there are many measures that can be taken to tackle this growing problem, including:

When compared with the challenge of reining in warrantless spying, or ending mass surveillance, these steps are relatively straightforward. The challenge is twofold: our oversight agencies need more resources, and they need the power to do the job that taxpayers expect.

Canadians deserve action - between them, CSE and CSIS now cost taxpayers over $1.3 billion a year. Surely it’s just common sense that these agencies are held accountable for what they do in Canada’s name?

Readers can learn more about these and other steps to improve spy agency oversight by checking out our action plan at PrivacyPlan.ca and by sending it to decision-makers.

Thank you for helping shape the future of Canadian copyright! December 12 2018