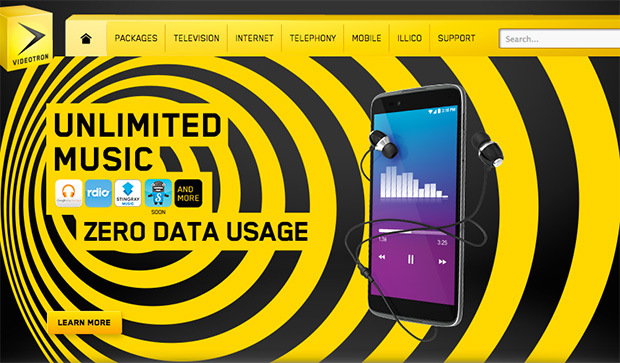 Instead of giving Big Telecom giants the power to choose which online apps and services are more expensive, why don't they treat all services equally? Let's put Canadians in the driver's seat – not these out of touch telecom giants. Article by Peter Nowak for Arstechnica Quebec wireless provider Videotron looks to be stepping into a net neutrality battle with a new unlimited music service that boasts “zero data usage.” But is the offer offside Canada’s fair internet rules? Unlike previous, similar situations involving the country’s wireless carriers, this one isn’t as cut and dried.

Back in January, the Canadian Radio-television and Telecommunications Commission forbid Bell and Videotron from offering wireless customers mobile TV channels without the usage counting against monthly data caps.

The regulator found the practice, known as zero rating, was unfair since Bell and Videotron customers were able to watch video sources selected by the companies – some of which were owned by the providers themselves – while other sources such as Netflix or YouTube continued to count against limits as usual.

The key to the ruling, however, was the companies’ own content. Regulators in many countries, including the United States, have left the door open to zero rating as long as it isn’t practiced in a prejudicial way. In the case of its unlimited music offer, that’s exactly the defence Videotron is using.