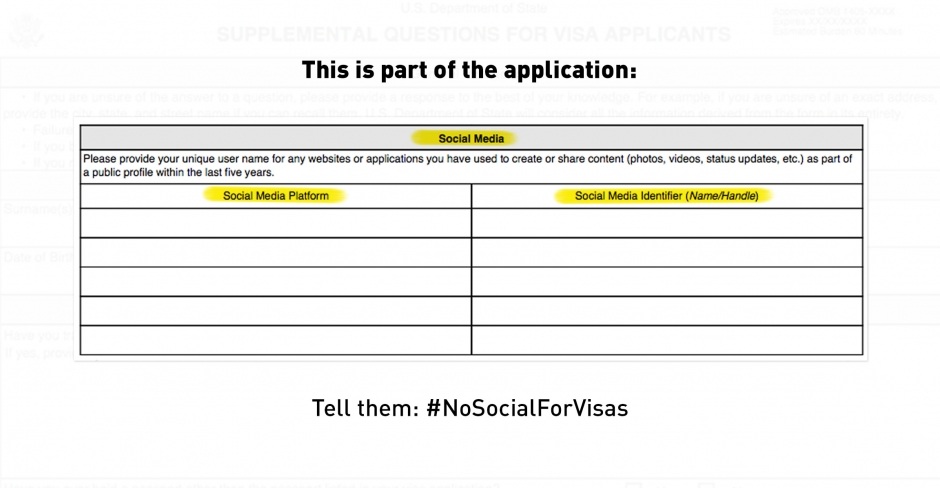 Applying for a U.S. visa? “Extreme digital vetting” could be about to get worse

The Trump administration has proposed a new rule that could force every single U.S. visa applicant to provide five years of social media history — affecting nearly 15 million people per year.

“Extreme digital vetting” could be about to get a lot worse in the U.S.

The Trump administration has proposed a new rule that would force every single person who needs a visa to enter the U.S. for tourism or immigration to provide five years of social media history.

That’s 14.7 million people per year — tourists, business travellers, students, academics, and potential immigrants — who will face bureaucrats hired by ICE (Immigration and Customs Enforcement) scouring through everything they've posted online to qualify for a visa.

It’s a proposal with extreme consequences for the tourist and travel industry, and could lead to reciprocal rules in other countries for American travellers.

But most importantly, it would have a massive chilling effect on freedom of expression for everyone around the world. It sends a message that at any point, governments could change the rules to make anything anyone has ever tweeted or instagrammed a basis for making decisions about their ability to visit, work in, or move to another country.

Our first step in fighting this is to get as many voices on record at the public consultation that will decide whether this rule goes forward or not. Can you leave a comment against this new proposal?

This proposal is just another step towards ever more extreme monitoring of social media by the Trump administration. Just a few months ago, this rule was put in place for a small group of visa seekers who were selected for additional screening.

Now we are seeing it expanded to every single person who needs a visa to visit the U.S. If we don’t stop this proposal now, we could see even more extreme measures in the future.

Worryingly, there’s no indication of what sorts of posts would lead to an applicant being denied a visa, no guidance as to what counts as a social media handle, and no effective checks on the decisions made as a result of this screening.

There is simply no doubt that the real effect of this rule on free speech is that people will be afraid to post opinions that are critical of the U.S. administration or policies online. Internet users everywhere are at risk of self-censorship. We need to stand up together to protect our privacy and freedom of expression.