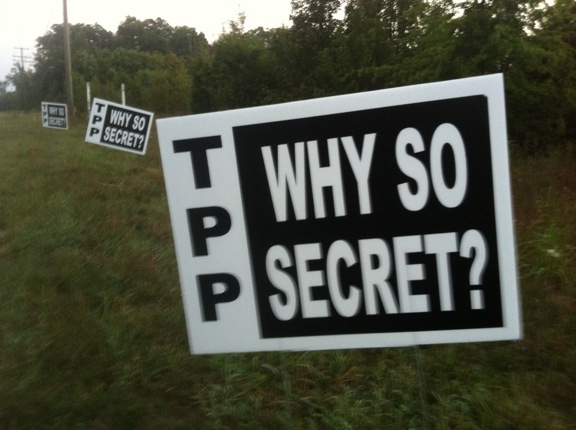 Expanded spying capacity, increased cost of life-saving prescription drugs in the developing world, and the blurring of the lines between public and private corporations. We are ready to hear the good news... Article by Jordan Pearson for VICE The Trans-Pacific Partnership, a massive international trade deal between 12 countries including Canada, Japan, and the US, was signed on Monday after seven years of secret negotiations. To anyone who hasn’t been obsessively following the drama leading up to today’s signing, that probably sounds boring as hell. You’re not totally wrong. But buried in the reams of dry legal jargon of the Trans-Pacific Partnership (TPP) are stipulations that will affect everything from access to pirated movies and music, to government spying, to the price of life-saving drugs around the world.

Just as significant as the actual contents of the TPP is the process that led to its signing, which some critics have called anti-democratic. Talks have been carried out behind closed doors among a select group of government representatives and corporate advisors. Almost everything we know about the agreement’s contents comes from drafts of the chapters leaked to the internet, and the full text of the agreement is still secret.

Both the Canadian and US governments have released statements this morning describing, in broad strokes, what the final text of the TPP covers, however. Keeping these confirmations in mind, as well as previous leaks and speculation, here’s what you should know about the trade deal of the century.

GOVERNMENT SPYING WILL BE EASIER

The internet is a global network of networks, but data privacy laws are a highly localized patchwork; data protected from snooping in one country might be fair game for the government in another. The TPP will make the internet one big data trough for foreign security agencies to feed out of.

The key point here is something called “data localization.” To keep citizens’ data from passing through foreign servers—particularly in the US—which might be tapped by national security agencies, countries like Canada and Australia (both TPP signatories)have taken steps to implement laws that ensure their data stays in the country.

When the TPP is finally released, expect the policy shitshow of the decade

These laws will presumably have to be reversed under the TPP, which prevents governments from making local data storage a requirement for doing business in-country, the government of Canada confirmed in a rundown of technical provisions in the TPP. For example, Google wouldn’t be required to store Canadians’ Gmail data in Canada, which critics say limits locals’ control over their data.

This confirms what internet law experts and civil rights organizations like the Electronic Frontier Foundation have long believed, despite not having a leak of the relevant TPP chapter to refer to.