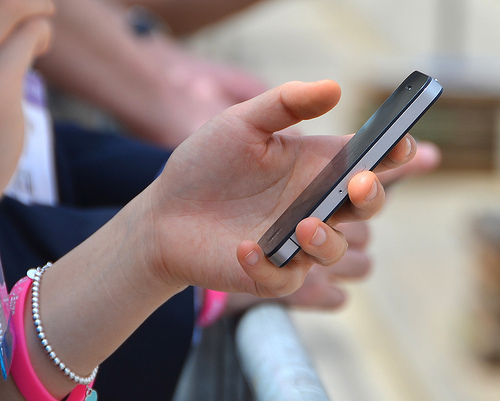 How much does it cost your cell phone provider to send your text messages?

We recently saw Telus increase the cost of sending a text message to the U.S. to 40 cents. Research and your stories have shown that Canada has some of the highest cell phone prices in the world, so we wanted to know, what does it actually cost to send a text message? The answer? Less than a penny. It’s common practice for companies to offer packages of unlimited texts for $5 or $10, which seems like a deal, right? Not when you look at the actual cost of sending a text. University of Waterloo professor Srinivasan Keshav estimated in 2009 that a text message, taking into consideration billing costs and the required network equipment, costs cell phone companies a third of a cent to transmit.

More recent estimates in 2011 estimate that cost anywhere from 1/1000 of a penny to 0.008 cents. So, if wireless carriers priced text messaging at their actual wholesale cost, we would pay approximately one to eight cents for 1,000 text messages.

And this price-gouging isn’t uncommon in Canada: on the whole, individual text messages cost anywhere from $0.15 to $0.75 depending on where you are and whether you are sending the text domestically or internationally. At best, this is a mark up of 5,000%, which makes the prices companies charge pure profit.

This price-gouging continues because of a lack of choice in Canada’s cell phone market, which has given the Big Three cell phone providers leeway to price-gouge citizens. We need more choice and more transparency in the Canadian wireless market. Already, more than 52,000 Canadians have stood up and demanded choice and affordability; let’s continue to push for the choice Canadians need for an affordable and accessible mobile market.