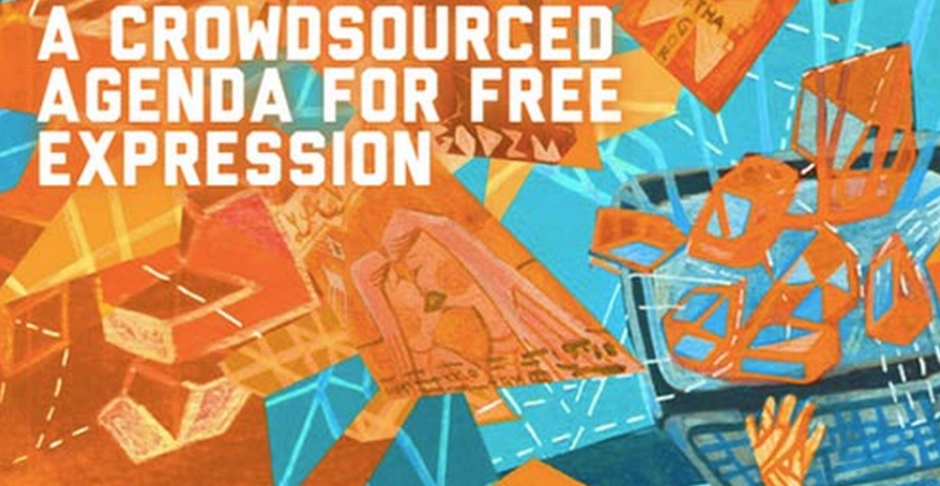 How (and why) We Did It: Crowdsourcing policy for the 21st Century

At OpenMedia, we're pretty attached to the phrase "possibilities of the open Internet." We know that, for better or for worse, technological changes are a huge factor in driving broader systems change (and vice versa). The advent of the Internet, and with it the much-hyped, much-maligned "Digital Age," has brought with it new possibilities for huge changes in our political system. It makes possible a democracy that is more participatory, responsive, inclusive...i.e. much more truly democratic.

“I think when it comes to fighting legislation or trade agreements that would negatively impact privacy or access to information on the Internet, we must recognize that our biggest strength is community. In our case, the online community. We can clearly see this if we look at the SOPA blackout, StopSpying.ca, and virtually any other campaigns for affecting legislation. The success of these efforts have always rested on two things: The ability to spread awareness and the ability for the public to present a united front. So when we ask “how do we stop current and future anti-Internet trade agreements?” to me the answer seems to be that we must build community. A global Internet activist community open to the public.”

At OpenMedia, we're pretty attached to the phrase "possibilities of the open Internet." We know that, for better or for worse, technological changes are a huge factor in driving broader systems change (and vice versa). The advent of the Internet, and with it the much-hyped, much-maligned "Digital Age," has brought with it new possibilities for huge changes in our political system. It makes possible a democracy that is more participatory, responsive, inclusive...i.e. much more truly democratic.

If the Internet creates the possibility for a more participatory system -- at an extreme, for something like a daily referendum on significant policy issues -- it also raises serious questions about how to manage exponentially greater participation. How will we incorporate experts and their unique perspectives into decision-making? How will we ensure those with limited time are still given a voice? How will we prevent participation fatigue, and ensure that participating is a good experience?

In order to start to explore what the possibilities of the open Internet for democracy could look like, OpenMedia has put some significant resources into designing simple tools, like our Internet Voice tool and our drag-and-drop crowdsourcing tool. The latter we first launched for a campaign to imagine the future of Canada's public broadcaster in a digital age, and I designed it with a few considerations in mind: first, that it encourage people to actually make some trade-offs (not just a list of everything one could possibly want from a policy) like people in charge have to do in a context with finite resources; that it be aesthetically pleasing and fun to use; that it allow people to give different amounts of time to the process while still having their perspective counted; that people would like they could answer the questions without being a policy wonk or an expert, but rather based on their own lived experience.

The focus of our crowdsourcing tool on people's lived experience is one reason why it's so important that we get expert input up-front. Experts can see things in a document like the Trans-Pacific Partnership (the trade deal that motivated us to launch "Our Digital Future") that you or I probably can't - they can penetrate the bureaucratic jargon that so often veils bad policies and then they can say "That clause right there means that visually impaired people won't be legally allowed to use screen readers," for example. The first phase of design for the "Our Digital Future" crowdsourcing tool was therefore a two-pronged approach: consulting with our community about tactics they'd like to see (like the quote from the Reddit AMA above); and consulting with experts (as a staff team, we brainstormed a big list of people to talk to in many different fields, many of whom we cold-called or emailed as the first contact) about the biggest threats to free expression online resulting from the TPP and similar draconian copyright measures.

We (myself and our two Community Engagement Assistants during the summer of 2013, Awna & Arielle) did several conference and one-on-one calls with a long list of experts (see the full list of organizations we consulted in the "Listening Tour" section of "Our Digital Future") who helped us understand all the key elements that a comprehensive crowdsourcing process would need to address. Folks like Mark Akrigg from Project Gutenburg helped illuminate the impacts of the TPP on the public domain & orphan works; Ben Hyman from the BC Libraries Cooperative unpacked the issues with digital locks and the visually impaired; Oana Spinu from the Nunavut Broadband Development Corporation blew my mind talking about how attribution lines up with non-commodity forms of ownership to create an Inuit approach to intellectual property that is currently under serious threat from all sides. All these perspectives, and many more from experts in the Fair Deal coalition, helped inform the survey design, which gradually made its way from rough notes to 9 questions over the summer of 2013. Awna, Arielle and later Thanh and myself also spent quite a lot of time referencing the Internet Voice tool comments from OpenMedia supporters, many of which were invaluable in helping us translate these policy considerations into people's lived experience.

The crowdsourcing process we used for "Our Digital Future" is far from perfect -- but we should think critically when people seem to hold these innovative processes to a much higher standard than they hold elections. Elections are a seriously flawed technology, even after centuries of refinement, but they are a tool that currently serves powerful interests fairly well. New forms of democracy that rely on the Internet and vastly improve upon elections will only emerge through experimentation, through mistakes that generate powerful lessons learned, and through iteration towards processes that are more inclusive. It's on that note that we're most excited about the success of "Our Digital Future" -- partly based on the map below:

..and on the fact that we doubled our target of 20,000 participants, with over 40,000 people around the world participating. This matters because the possibility of the open Internet to revitalize our democracy depends entirely on the willingness of people to participate in new forms of democratic action and decision-making. It's particularly crucial at time when the Internet can also be used by entrenched powerful institutions to further their own surveillance and censorship agendas. The only way we'll fight back against this effectively is by being even more willing to use the Internet for democratic decision-making, and for movement-building - for creating the kind of active community that Reddit user described so eloquently in the AMA quoted above. That global Internet activist community they envision is made possible only by the Internet -- and then only by our shared willingness to mobilize around things like a crowdsourced, Internet-user-led agenda for free expression in the digital age.

Head down to OpenMedia.org/DigitalFuture to find out more about how we’re working together to create a Digital Future that includes us all.