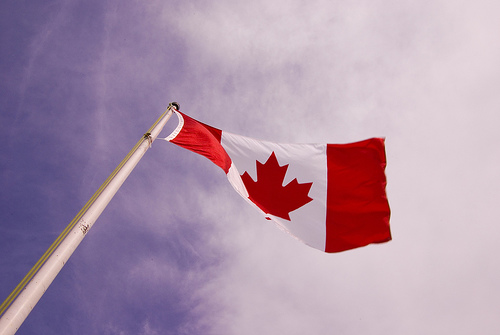 The government is spying on environmental groups. What do you think, Canada?

This week, Canadians learned that their taxpayer dollars are being spent to spy on environmental groups. What do you think about this revelation, Canada? We want to know. Emma Gilchrist was one of the people spied upon. This is what she had to say. Article by Emma Gilchrist for DeSmog Canada: Nov. 19th, 2013. A Tuesday. The day started out sunny, but hail fell out of the sky in the afternoon. It was a Victoria day like any other until I found out the Canadian government has been vigorously spying on several Canadian organizations that work for environmental protections and democratic rights.

I read the news in the Vancouver Observer. There, front and centre, was the name of the organization I worked for until recently: Dogwood Initiative.

My colleagues and I had been wary of being spied on for a long time, but having it confirmed still took the wind out of me.

I told my parents about the article over dinner. They’re retired school teachers who lived in northern Alberta for 35 years before moving to Victoria.

I asked them: “Did you know the Canadian government is spending your tax dollars to spy on your daughter?”

Then I told them how one of the events detailed in e-mails from Richard Garber, the National Energy Board’s “Group Leader of Security,” was a workshop in a Kelowna church run by one of my close friends and colleagues, Celine Trojand (who’s about the most warm-hearted person you could ever meet). About 30 people, mostly retirees, attended to learn about storytelling, theory of change and creative sign-making (cue the scary music).