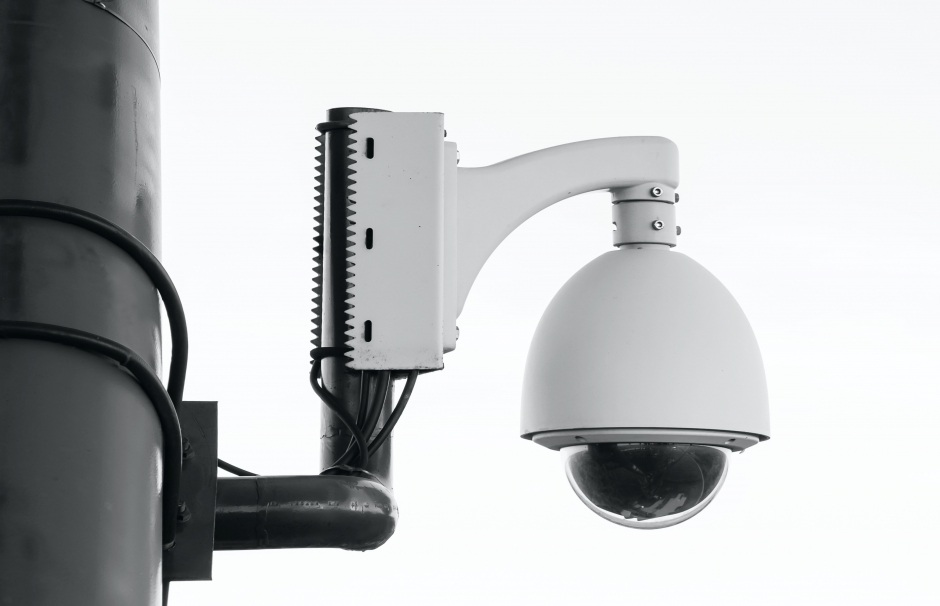 So long as the police are using it, surveillance tech like facial recognition is helping to power systemic racism.

These piece by our Erin Knight was originally posted on Rabble.ca.

Thanks to the growing global anti-racism movement, the world is opening its eyes to how police use of facial recognition fits into the bigger picture of harm against Black and Indigenous people -- and how badly we need laws that govern, or ban, its use.

Facial recognition technology, or FRT, is a software that uses algorithms to run pictures of your face, taken from things like CCTV footage, against a database of faces to ID you.

There's a long list of reasons why police use of FRT is problematic. But to start at the very top: FRT systems are explicitly racist. They're awful at identifying people of colour, meaning they make a ton of not-insignificant mistakes -- for example, labelling innocent people of colour as criminals.

In a study by the National Institute of Standards and Technology (NIST), FRT was more likely to flag a false positive match for Black people, especially Black women. If that threat sounds theoretical, think again: in Michigan, police facial recognition technology recently wrongly ID'd Robert Julian-Borchak Williams, a Black man, as a suspect in a shoplifting case, leading to his wrongful arrest.

Considering just how many of our police departments have been caught using FRT so far, it's only a matter of time before similar stories rise to the surface here in Canada.

For racialized folks, false positives are more than a mistake: they're incredibly dangerous. It's no secret that police often use violent force against Black and Indigenous people who are minding their own business. It happened in B.C. to Irene Joseph, a Wet'suwet'en elder who was hurt during a violent wrongful arrest for shoplifting.

Take law enforcement's tendency to use excessive force against Black and Indigenous people, even without evidence of wrongdoing. Now combine it with many cops' gospel-like treatment of FRT matches -- even though the match could be false -- and the fact that some departments do thousands of facial recognition searches per month. What do we get? A recipe for even more police brutality against Black and Indigenous people.

Let me be clear: the solution isn't to "fix" facial recognition technology so that it does a better job of ID'ing BIPOC. There is a deeper problem with who is targeted by this kind of surveillance. So long as the police are using surveillance tech like FRT, it's helping to power systemic racism.

As Black scholars like sociologist Simone Browne have pointed out, surveillance is a tool of systemic racism and white supremacy that goes back centuries. Take the pass system in Canada: after the Northwest Resistance in 1885, Canada wanted to monitor and control Indigenous people. So, it started forcing Indigenous folks to use passes controlled by the state-installed Indian agent just to travel in or out of reserves. And during slavery, enslaved people had their bodies branded and were spied on from houses built tall enough to keep watch over plantations.

Today, facial recognition surveillance is one way of quietly keeping the flame of systemic racism alive by contributing to racial profiling by cops and the over-policing of Black and Indigenous communities.

And there is a lot of frightening evidence that shows it is already happening. FRT has already been disproportionately deployed in communities of colour, low-income neighbourhoods, and other places where BIPOC come together (for example, festivals). In surveilled areas, police end up having more interactions and make more arrests. This opens more Black and Indigenous people up to harm at the hands of cops -- not because of more crime, but because of more spying eyes.

The system also defends itself: police are using FRT to lash out at people protesting police harm against Black and Indigenous people. In the U.S., quite a few police departments have asked the public for photos or videos of Black Lives Matter protesters. The goal? To run those images through facial recognition searches, and then go after anyone who has been ID'd.

We desperately need solid laws that govern the use of facial recognition technology. Without them, there's no real way to know the true scope of its use, or the harm it's helping to inflict at the hands of law enforcement.

But even though we know FRT is in increasingly widespread use by cops across Canada, we currently have no laws meaningfully regulating it or other biometric technologies. As a country, we need to fight the unregulated use of this dangerous technology by police. OpenMedia, along with our community, is taking up the torch to demand our federal government act immediately on privacy reform that addresses these concerns. We can't let facial recognition technology's growing contributions to systemic racism go unchecked.